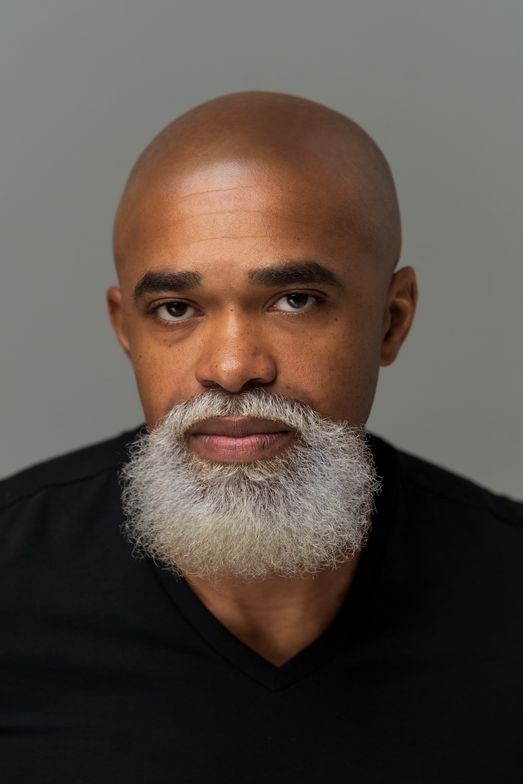 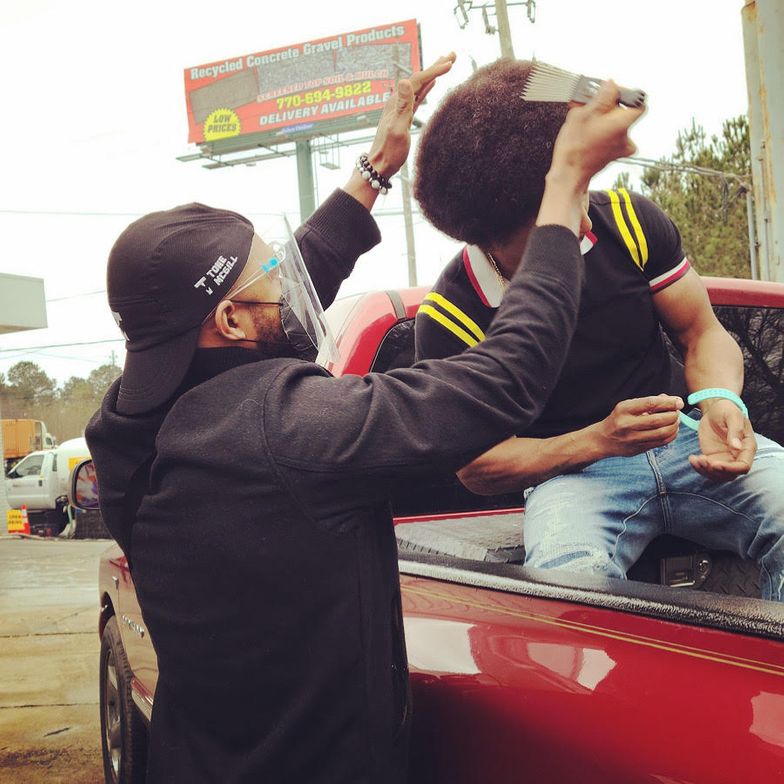 Tone adjusts the hair of Allen Maldonado in character, on set of the Showtime drama Heels. 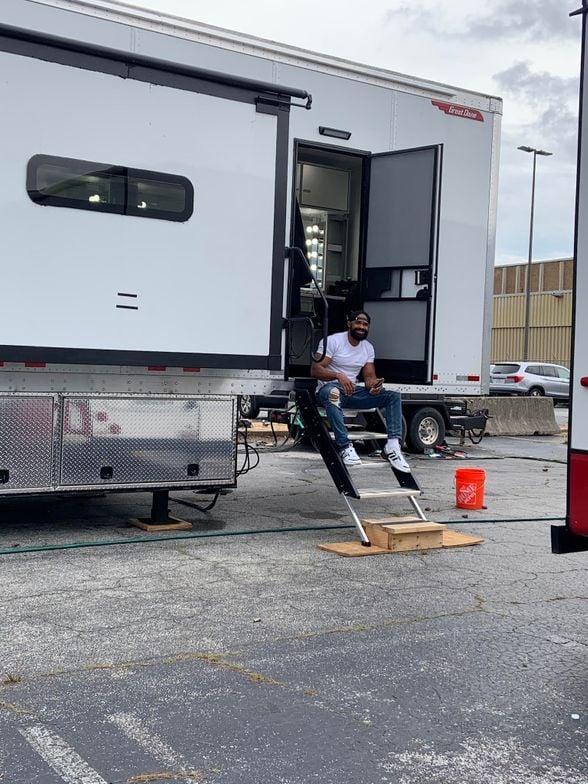 Tone McGill on the steps of the hair and makeup trailer. 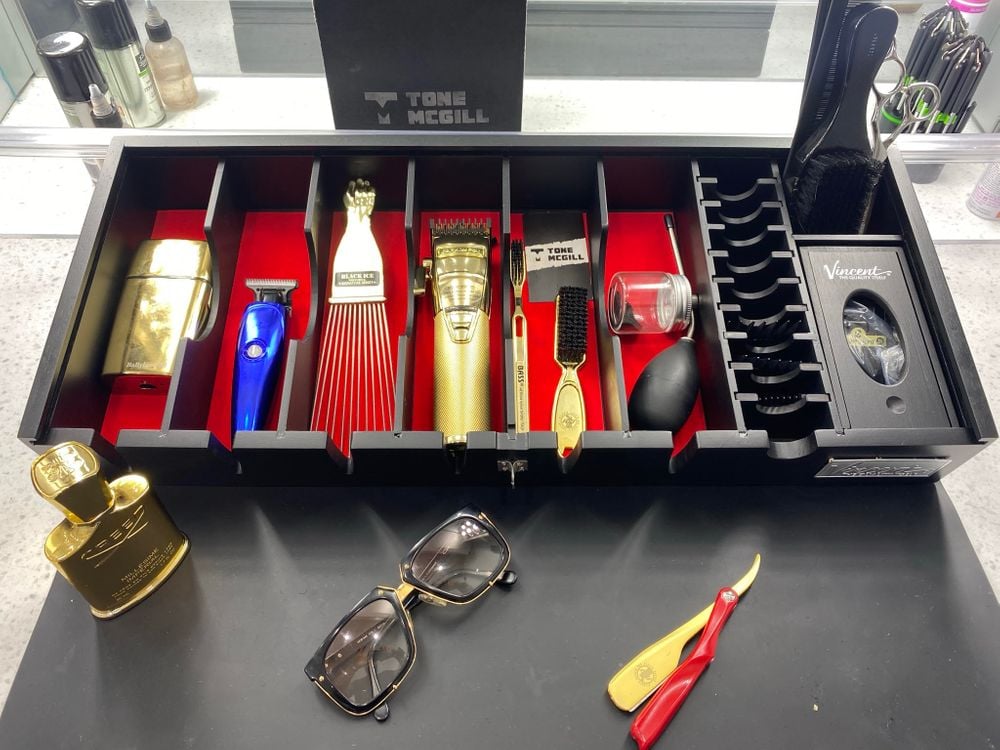 Tone adjusts the hair of Allen Maldonado in character, on set of the Showtime drama Heels.

Tone McGill on the steps of the hair and makeup trailer.

For more than 20 years, master barber Tone McGill has “set the tone” and trends in the hair industry and taught many barbering education classes across the country. During his hair sessions, he would ask attendees, “What is the crazy idea that makes you laugh saying it out loud? That is your destiny.” McGill would disclose his was “being the next Denzel Washington” which certainly got a laugh, but McGill was announcing his intentions to the universe.

Being a natural introvert, McGill was very skillful at cutting hair but not a great communicator; but he always had the mindset to challenge himself to grow mentally, physically and be a better version of himself. He joined his local chapter of Toastmasters International, where he learned to improve his communication and be an effective presenter on stage and in front of the camera. He opened Ultimate Barber Lounge in Charlotte, North Carolina, in 2009, and was traveling on behalf of Andis teaching barbering and networking. In 2016, he got his first opportunity for set work on two Netflix Productions and became Marlon Wayans’ personal barber.

As timing would have it, in 2019, just before the pandemic and world-wide shutdown, McGill was getting more opportunities in Netflix Productions set work in Atlanta, Georgia, and decided to streamline his responsibilities by selling his shop and moving into a Salon Loft in Charlotte. As more set work was getting lined up, most notably in 2021. with Marvel and Disney Studios' Black Panther, Wakanda Forever; McGill decided it would be easier to be located in Atlanta rather than commute for projects. In his final act of first-class customer service, McGill helped transition his entire Charlotte clientele list to other trusted barbers and closed his Salon Loft.

While barbering skills are certainly a must have for any set barber or hairstylist, McGill points out, “It’s not the same culture as in a shop. You have to make the hair fit the character. It’s not all about crisp fades, the hair must fit the continuity of the character. If the person is supposed to be down and out, their appearance needs to convey that.”

Many production companies are filming in Atlanta for the tax breaks which means there will be plenty of opportunities for McGill. With the Academy of Motion Picture Arts and Sciences now bestowing Oscars for Best Makeup and Hairstyling, it might not be that far fetched for Tone McGill to be onstage accepting an Academy Award—with the last laugh.

For more information, go to www.tonemcgill.com