Joyce Hampers has a dual advantage when it comes to keeping her spas out of legal quagmires. As owner of the cutting-edge G2O spa and EMERGE urban resort spa in Boston, she can rely on her past-as an attorney with her own practice and later as the Commissioner of Revenue for her state-to keep her business running right.

Here, Hampers shares the top legal issues salons will face in 2008, as well as peremptory actions you can take to protect your business.

Risk management goes beyond wearing gloves during facial extraction. According to Hampers, the most challenging issue facing the industry today is the ability to get liability-insurance, that is.

With salons branching out into everything from microdermabrasion and laser hair removal to medical devices with murky who-can-use regulations, insurance companies are experiencing losses from lawsuits, and the pressure is on spas and salons-even if they don't cross over to medi-stance. 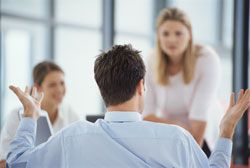 Mega spas and skittish insurance companies are fueling the fire, as is the fact that states are beginning to require special licenses for certain equipment. For instance, as of January 2007, Oregon's airbrush tanners had to be certified estheticians. The threat goes well beyond the medispa; Hampers says after 14 problem-free years, a pregnant client experienced a rash-like reaction to a pedicure. While the culprit remains unknown, essential oils, salts and seaweed are only a few of the natural remedies that have the potential for adverse reactions.

What poses a risk for your business? You might be surprised. For instance, the seemingly harmless steam treatment or the flotation tank that relies on anti-gravity should not be used by anyone who is pregnant or has high blood pressure.

How are you supposed to know who meets that criteria? That information should be in your medical intake form.

"Spas should be using medical intake forms and by law, the completed forms must be under physical lock and key," explains Hampers. "If they are on a computer for the world to see, you've compounded your liability issues."

Hampers advises that even hair salons use the forms because various medications not only affect spa treatments, they can change the outcome of chemical services such as perms and hair color.

Hampers says her spas' general and liability insurance increased by nearly $12,000 in 2007, and that doesn't include other insurance coverage such as casualty, property, workman's compensation and loss of business income. When it comes to those, know what you are paying for and read policies carefully, particularly for exclusions. 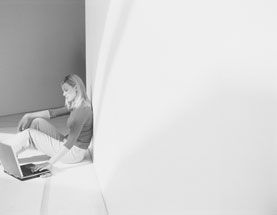 "We've had floods, a fire and mold; we're waiting for the locusts next," jokes Hampers. Still, it's no laughing matter if a claims adjustor determines the water damage in your bathroom came from a flood or rainstorm that isn't covered in your policy, rather than deciding its source was a drain stoppage inside your salon, which is covered.

What else can you do besides read polices carefully? "If we weed out those not taking proper actions, police ourselves better and set risk-management standards, we may be able to get the discounts that other businesses do when they meet guidelines for avoiding liabilities," says Hampers.

She notes that many insurance companies now insist spas have written manuals on safety and risk-management policies that employees sign off on, indicating they've read the handbooks. Topics should include but not be limited to: where burning candles can be placed in the business and policies on extinguishing them; evacuation procedures; washer and dryer maintenance; storage of sheets and towels exposed to massage oils (many are highly flammable) fire safety and MSDS issues. Once you have a complete risk-management plan and a manual, ask for a liability coverage discount.

Your business may be your pleasure but you can't use it for your personal pleasure.

"When I was practicing law, I defended many business owners who â€˜borrowed' withholding money and couldn't re-pay it later," recalls Hampers. "You can't make personal expenditures from your business income, or you get both IRS and risk-management problems."

Case in point: Many business owners write off their personal cars as business expenses-a no-no. Lend that car to an employee who gets in an accident and your coverage goes south because the car wasn't really for business only.

You can't use petty cash from the salon for your lunch; a repair to your garage where you store products is not a deductible business expense and you should never, ever "borrow" withholding monies-aka federal, state and/or city taxes.

A good accountant or payroll service can help keep you clear of these problems. Yet the majority of salons are not profitable, on paper, precisely because they mixed business and pleasure in an actionable way. Just remember, Hampers saved enough money as an attorney defending business owners who crossed the line to buy the fabulous spa that she evolved into her present day operation.

You sold $300,000 in gift certificates over the holiday season. Great! Well, maybe. If the recipient forgets about the gift for a year, then another, what happens next? It depends on the state in which you live. When you sell a gift certificate, it becomes a liability-work you must perform. Once it's redeemed, it becomes income on which you pay taxes. If it's never used and expires, it could go into the state's unclaimed property.

But thanks to consumer advocates, it might never expire. Legal issues usually apply to both gift cards and certificates but laws in each individual state aren't always up to speed on gift card sales. Many states are passing laws that disallow any expiration on gift certificates and gift cards.

For instance, California, Florida and Maine do not allow expiration dates; Massachusetts has a seven-year expiration. In Washington State, a gift card or certificate is no longer reportable as unclaimed property but it can't have an expiration date, either. So, when do you pay state and federal taxes on the income?

Ask your accountant or attorney where you stand. The bottom line is that if your state has no expiration date-or a very long one-you  had better have the money on hand should an auditor determine you hold unredeemed gift certificates that must be rolled into income. Gift card programs are not simple, and should be carefully structured to comply with local laws.

One legal issue that won't go away is tips reporting. Salons must report their employees' tips to the IRS and their state, and pay taxes on that income. The IRS isn't likely to give up this revenue without Congressional intervention.

"This is a big deal," says Hampers. "We're paying taxes on money we never see. The restaurant industry managed to get a federal tax credit for this, but we didn't."

In July of 2007, the Professional Beauty Association, which offers a tips reporting kit, announced that Rep. Shelley Berkley (D-Nev.) and Sen. Blanche Lincoln (D-Ark.)-two very influential members of Congress's tax-writing committee-agreed to champion the Small Business Tax Equalization & Compliance Act (H.R. 3016) on behalf of the professional beauty industry. If adopted, the legislation would give salon and spa owners a dollar-for-dollar tax credit on the 7.65 percent FICA taxes paid on employee tips.

Virox Technologies Inc. launches a new disinfectant for the professional nail care industry, with a one-minute claim against fungus.