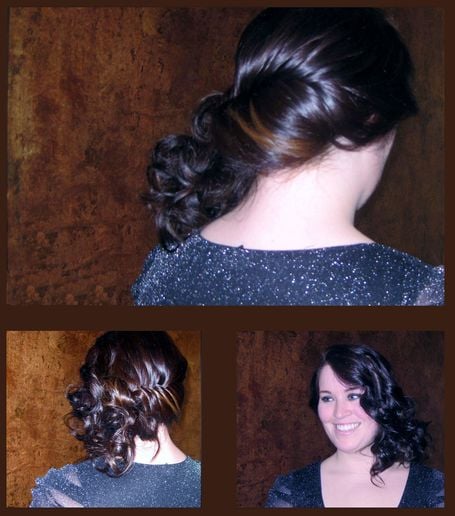 MODERN Facebook fan Terrie Sue Dellinger, a stylist at Bliss Salon and Day Spa in Overland Park, Kansas, used to avoid updos for the first seven years she worked as a hairdresser. "I was so scared I wouldn't even try!"  she says. And, that fear can be intense—especially when considering a client typically gets an updo for a very special occasion—that can be a lot of pressue. Now that she has nearly three decades of experience, she loves to create new looks. "Sometimes the challenge and mystery of what I will end up creating makes my whole day," she says.

For this look she calls the Herringbone Bun that she posted on MODERN's Facebook wall, Terrie wanted to create a finish for a client who was concerned with her hair blowing around in the wind. "This look was created as an alternative to a plain, standard side bun," she says. "I wanted it to have interest from every vantage point."

Terrie's steps to create the look:

Step 1: Begin the braid at the temple.

Step 2: Braid diagonally with the pivot point at the ear and to the left or right of crown.

Step 3: Continue to braid making a C-shape on back of the head.

Step 4: Braid the lengths of the remaining hair to the ends and secure with an elastic.

Step 5: Loosen the teeth of braid using a tail comb and spiral the hair in the opposite direction of the braid pattern to create an off-center bun at nape of the head.

FOR A SECOND LOOK, TRY THIS CURLED-ENDS ALTERNATIVE: 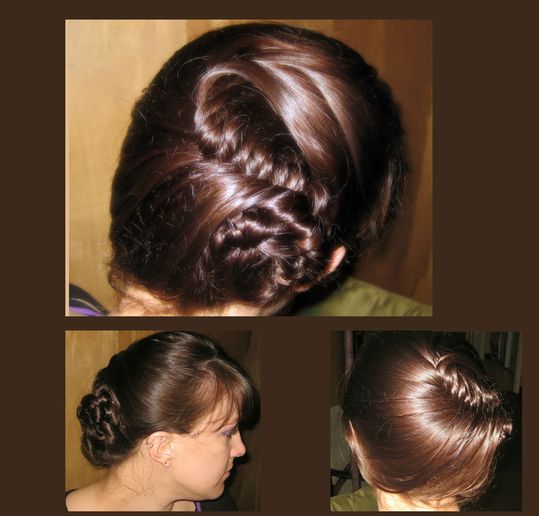