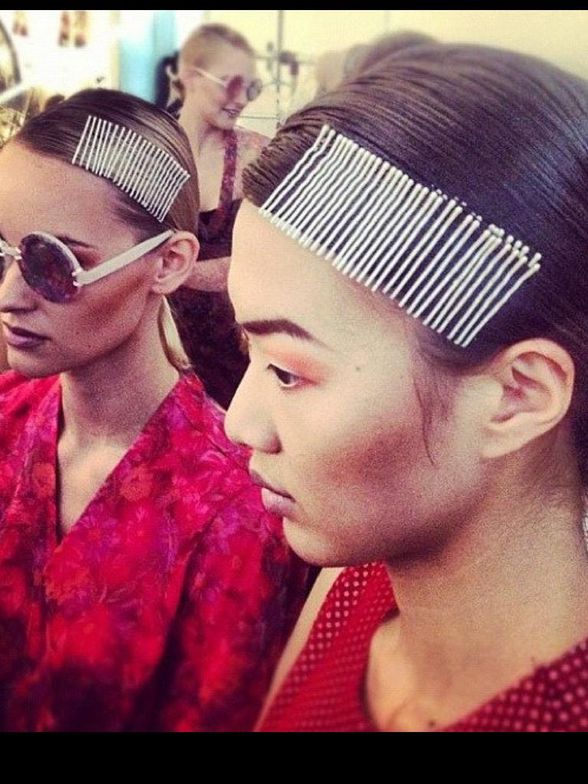 Hair seen at Not By Jenny Lai 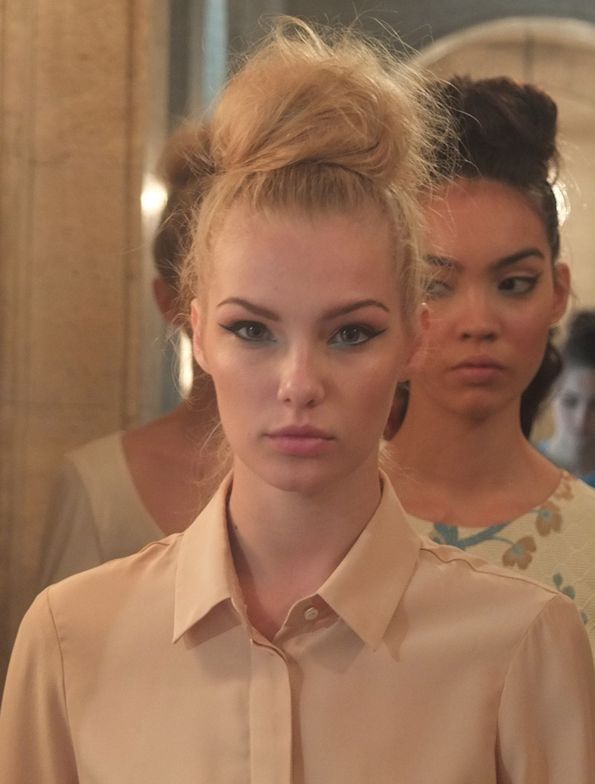 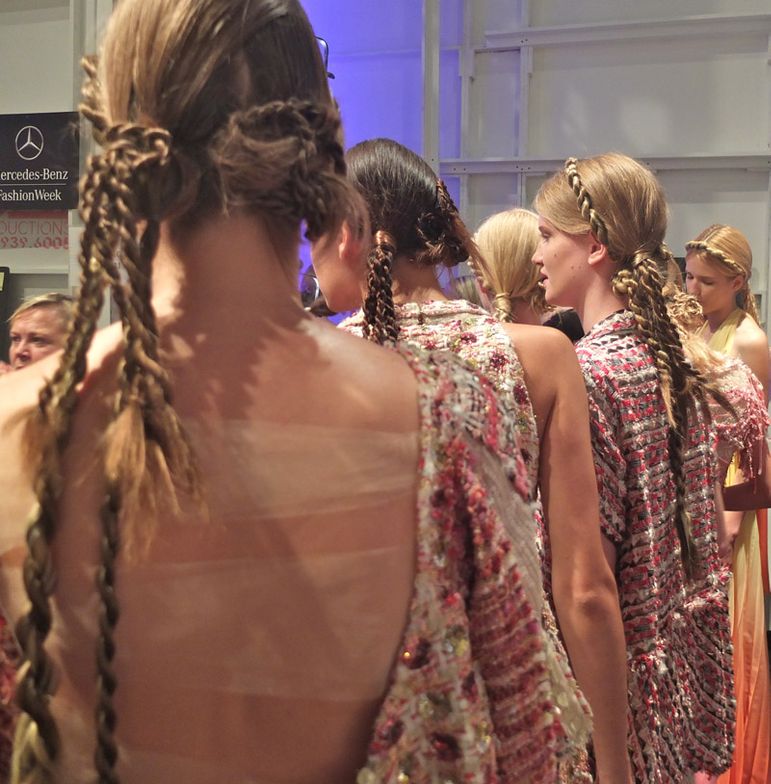 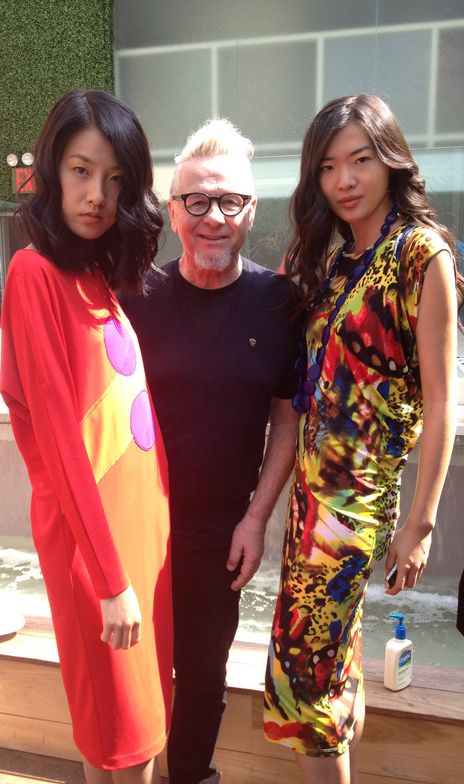 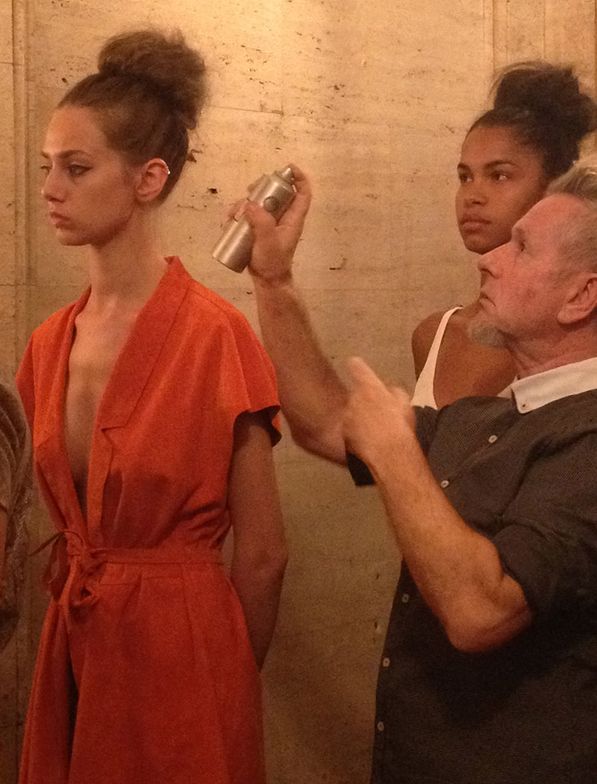 Dufourg works on a model for the Olcay Gulsen 2012 Mercedes-Benz Fashion Week show.
1/6
View all

2/6
Slider
Hair seen at Not By Jenny Lai

2012’s Mercedes-Benz New York Fashion Week is over and there were many different styles and trends that made an appearance this season; some you can use as fall hair ideas. Privé Salon and Products Founder Laurent Dufourg, oversaw the hair at eleven shows including Andrea Campbell, Olcay Gulsen, Tia Cibani, Not By Jenny Lai, By Misha, Son Jung Wan, Kara Laricks, Helen Yarmak, William Okpo, John Bartlett, and Stephen Burrows.

Here he breaks them down and gives his tips on how to make an easy transition from runway to every day.

BRAIDS: Braids were incorporated into a variety of different looks on the runway this season. For the Michael Kors show models sported the fishtail braid down the runway while Dufourg adapted a more tribal feel for the Son Jung Wan show. “This collection was so close to haute couture that I decided to break the effect with a simple, organic tribe vibe,” says Dufourg. To get this look, apply some of Privé’s Relaxing Gel and blow dry hair straight. Once the hair is dry, separate it into separate sections depending on how many braids you want to incorporate into the look. Use Privé’s Extended Texture Clay to give the hair texture and make it more workable. Leave some braids in a ponytail, and clip other sections up into a bun.

BUNS: Buns were all the rage this season and Dufourg tailored the messy “top bun” for the girls at Olcay Gulsen. To get the look, part large sections of the hair with a volumizing or texturizing spray. “Once the hair has ample volume, work the hair up into a high ponytail using fingers only; do not use a brush or comb,” says Dufourg. Tease the ponytail with a wide tooth comb, and then wrap it around the base to create a wide bun. The last step is to secure the bun with large pins, and rough up the rest of the hair to get a fly away affect.

DEEP SIDE PART: This edgy look was seen all over the runways from Suno to Altuzarra. “This look adds unique dimension to the hair, and can be easily incorporated into any style,” comments Dufourg. For the Not By Jenny Lai show, Dufourg incorporated the deep side part to a low bun, and showcased it with white bobby pins. The first step to adding the deep side part was to separate the bangs or longer side sweeps. Once the hair was separated, it was secured in place using Privé’s Sculpting Pomade. You can also use a strong hair spray.

NATURAL WAVES: Dufourg went for an all-natural wave trend for the Stephen Burrows presentation. To get the look, take a one-inch curling iron to create big, soft curls. “After the curls have set in, work your fingers through them to create a more wavy, natural look,” says Dufourg.