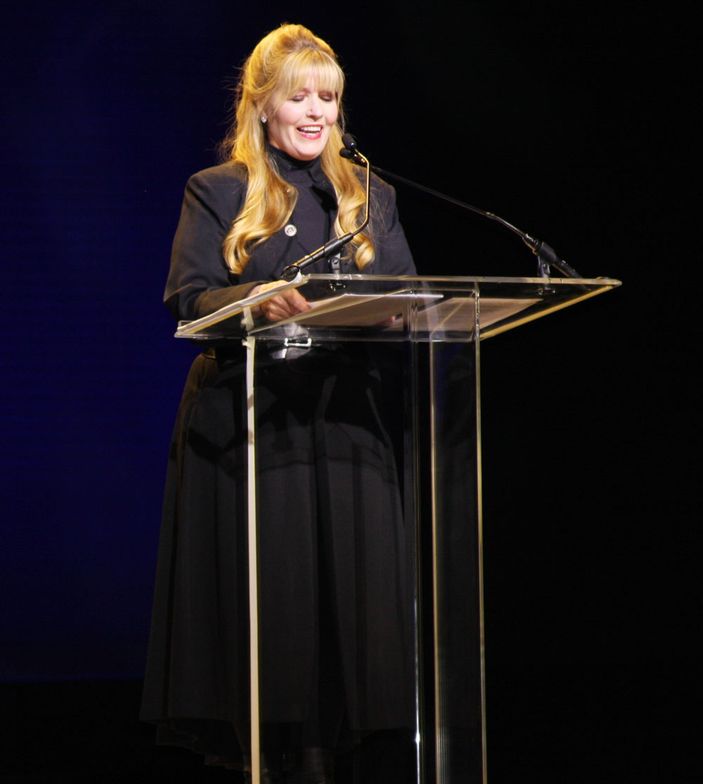 Modern Salon Media Beauty and Fashion Director Maggie Mulhern was the emcee for the ABS BeautyBASH. 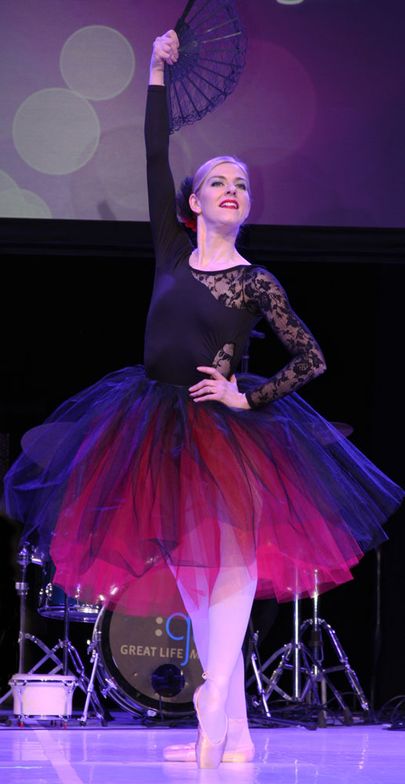 Katherine Lanave of Howell, Michigan performed a delicate ballet as part of the BeautyBASH Talent Showcase. 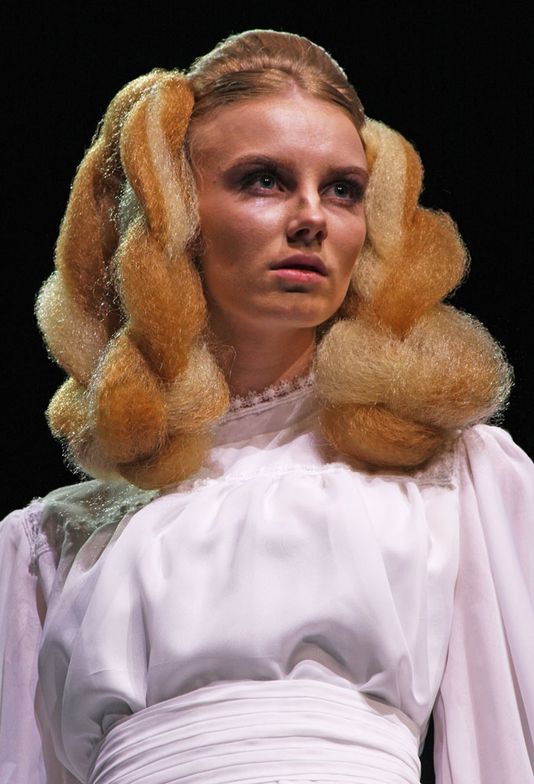 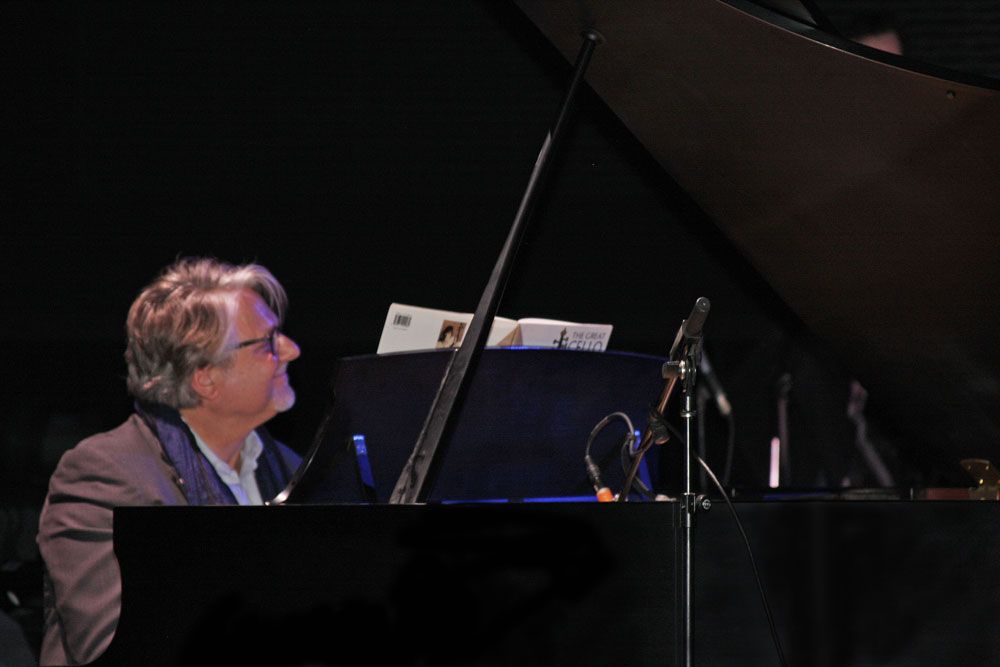 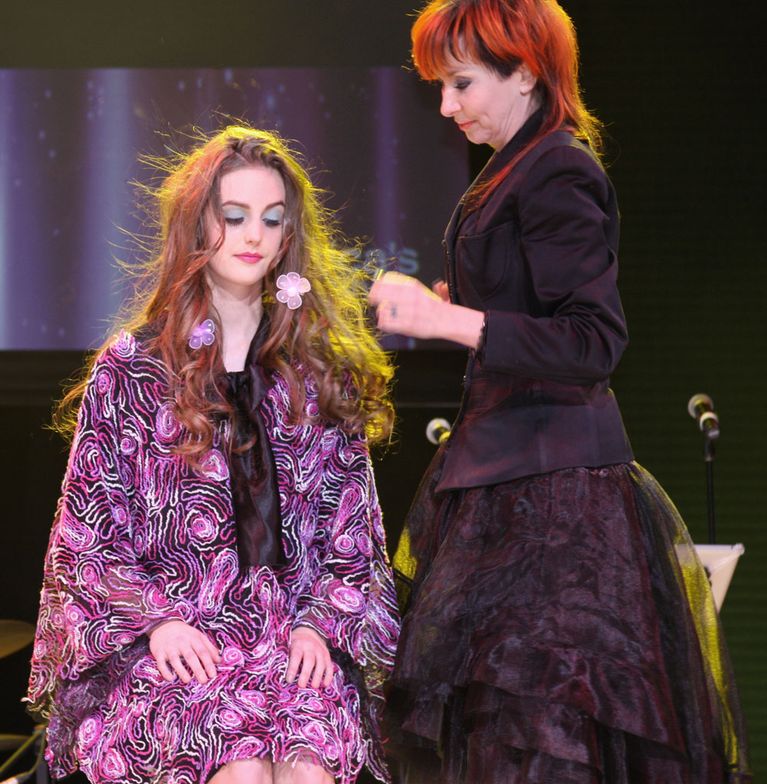 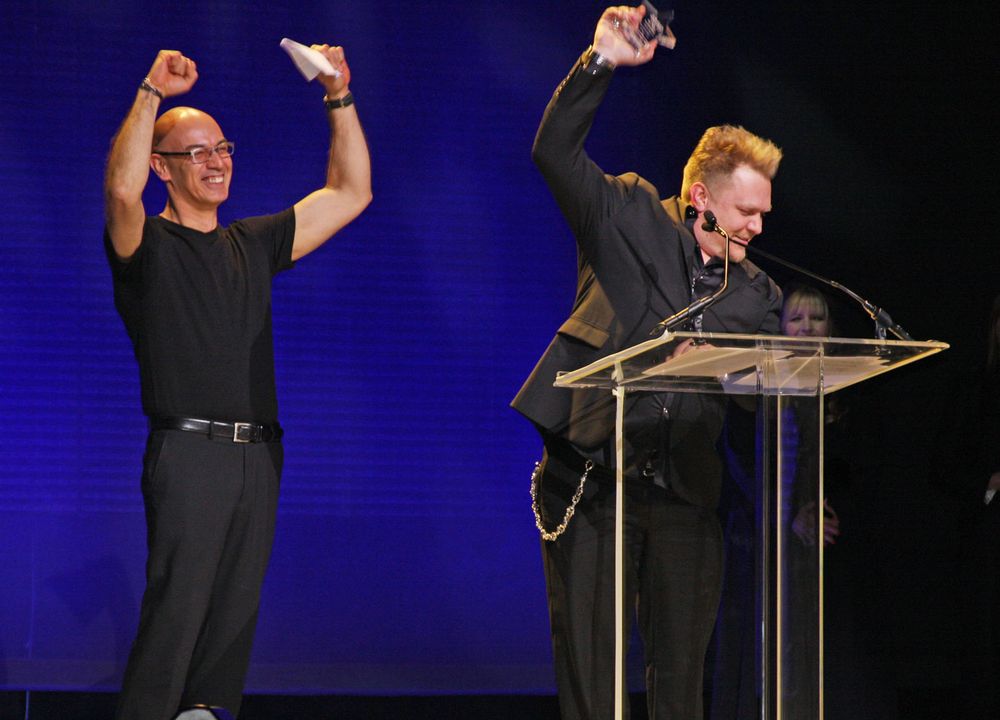 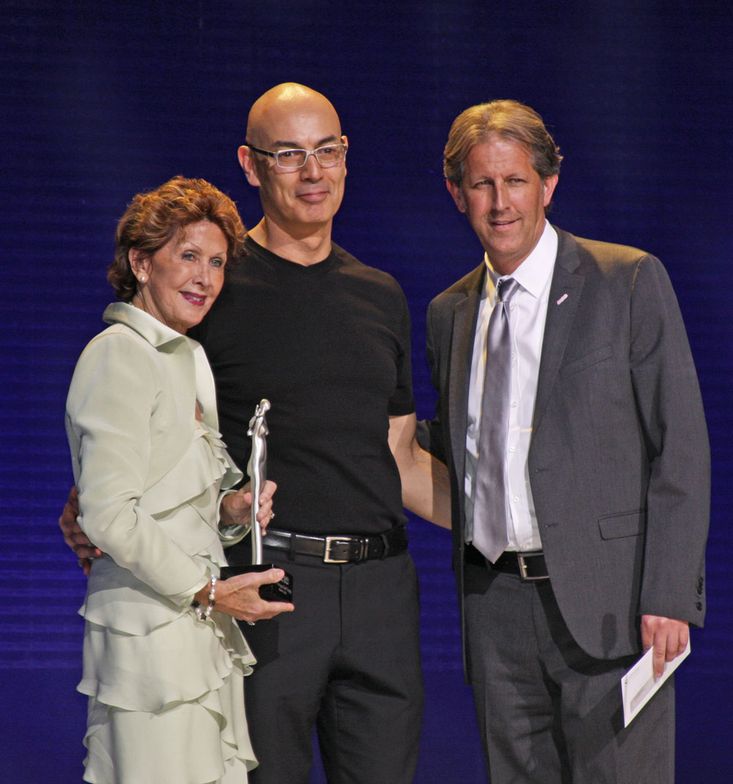 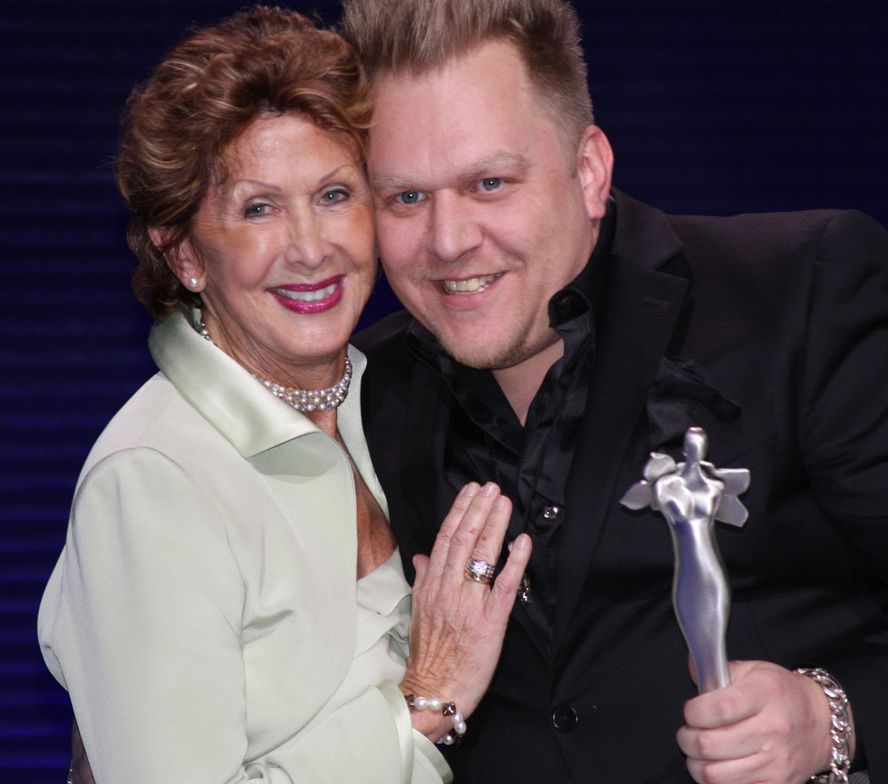 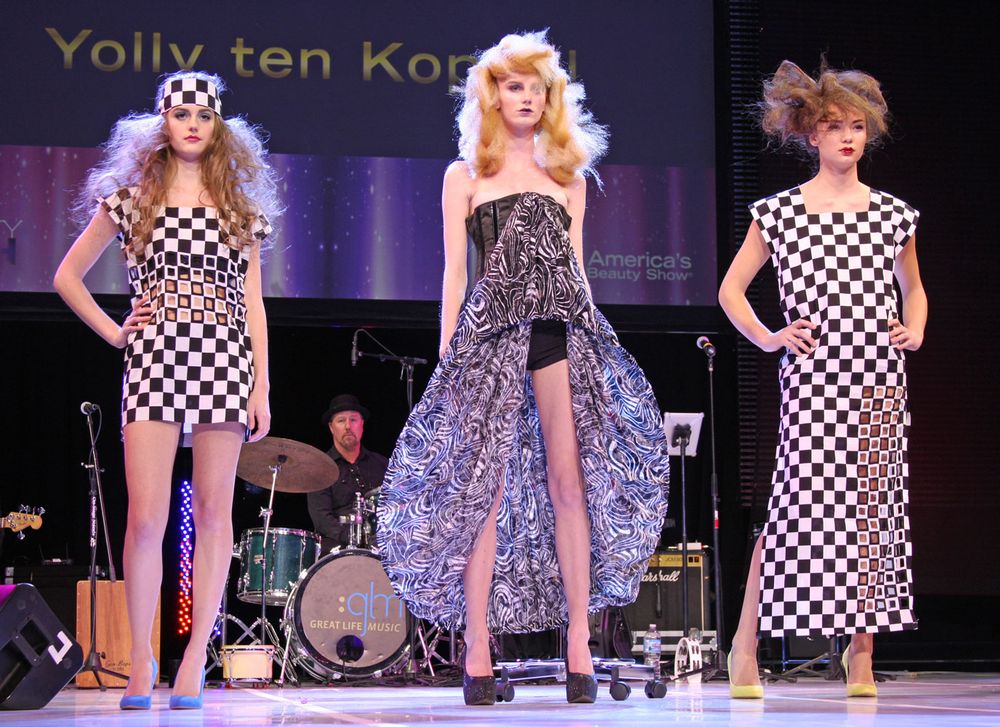 The homage to Xenon looks created by Yolly ten Koppel. 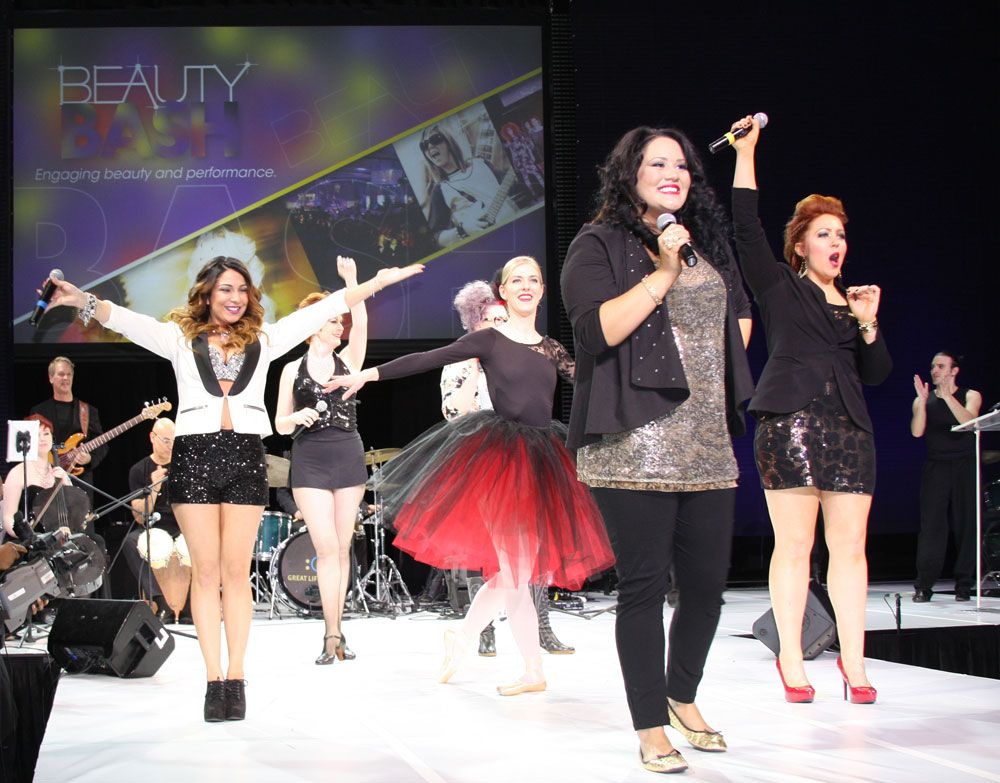 All BeautyBASH Talent Showcase winners came together for a grand musical finale.
1/11
View all

11/11
Slider
All BeautyBASH Talent Showcase winners came together for a grand musical finale.

The 2nd Annual ABS BeautyBASH, held Saturday evening March 9 during the 2013 America’s Beauty Show, was a celebration of the creativity that exists across the wide spectrum of the professional beauty industry.

MODERN SALON MEDIA’s own Beauty and Fashion Director Maggie Mulhern was mistress of ceremonies for the event that was planned by the board of directors of Cosmetologists Chicago, owners and producers of America’s Beauty show.

The BeautyBASH added a new dimension this year with a talent presentation by salon professionals who submitted videos of their non-hairdressing talents that included singing, dance and musical performance.  Held in the Runway area, the cabaret seating, drinks and hors d’oeuvres provided a clubby atmosphere for the show that opened with music by The Party Faithful band  featuring CC Board President Joseph Cartagena on the drums.

A lively mix of awards presentations and performances by the seven Beauty BASH talent winners made for an evening that showcased success and achievements on so many levels proving again that “Beauty has Talent.”

The winners of the ABS Stars Photo Contest were announced giving the audience a chance to see the winning submissions.

BeautyBASH Talent winners were interspersed among the awards presentations and wowed guests with their entertainment fire power. As MC Maggie said, “We don’t want to lose any of you, but you could leave your day job.” All performers were that good.

Stephanie Jarrin of Oswego, Illinois displayed her rhythm and blues talents. Kim Shriver of Cary, Illinois belted out a Broadway-worthy All That Jazz. Katherine Lanave of Howell, Michigan dazzled with her ballet performance. Marie Therese Messuck of Itasca, Illinois and Nicole Sellers of Naperville, Illinois rocked the house with their singing and Krystal Gardner of Muskegon, Michigan took a folk turn with song and guitar. Samantha Gribble of Chicago, a classical cellist, performed with accompaniment by ABS President and CC Executive Director Paul Dykstra on the piano.

Models styled by ABS Runway headliner Tracey Hughes took the stage followed by Pivot Point’s International Creative and Technical Director Yolly ten Koppel who styled models in an homage to the talents of the late stylist and showman extraordinaire Xenon.

The evening concluded with a grand musical finale that brought all ABS BeautyBASH Talent winners on stage along with their great back-up dancers and music by the Party Faithful.

All proceeds from the ABS BeautyBASH will benefit the CC President’s Scholarship Fund that awards annual cash scholarships for advanced education.

The new ICA Podcast 9, which is open to members and non-members, offers topical information to help salons build culture, survive COVID, and grow their businesses.

Out100 Names the Most Influential LGBTQ+ People in Beauty

Out100 recognizes members of the LGBTQ+ community for their ground-breaking and impactful work. Get to know the 2020 honorees influencing the beauty space.

Abney brings over twenty years of professional beauty experience with some of the industry’s biggest names, and will oversee education for ColorProof, Neuma and Number 4.

How L'Oréal Is Supporting Stylists This Small Business Saturday

L'Oréal’s Back In Style campaign empowers stylists and salon owners impacted by the pandemic.

Make your mark with other social media savvy hairdressers and content creators.

Holiday Beauty Gift Sets You & Your Clients Will Love

Prepare for the most wonderful time of the year with these beauty favorites.

The latest launch from L’ANZA empowers every hairstylist to achieve their highest potential.

Get ready to sparkle in the salon.

Barbers and beauty professionals like you are uniquely positioned to sense a client’s physical safety and well-being.

The global pandemic of COVID-19 has exposed the hidden pandemic of domestic violence, and beauty industry professionals are in a unique position to combat both of these public health emergencies.

Does your salon need a makeover but you are tight on cash? Amerifund provides customized financing solutions for salon and spa equipment.

The latest offering from Paul Mitchell is called Clean Beauty and to put it as simply as possible, it’s good for your clients’ hair and it’s good for the planet.

Over and above being beauty influencers, they are a diverse group of expert educators and skilled DIY beauty enthusiasts.