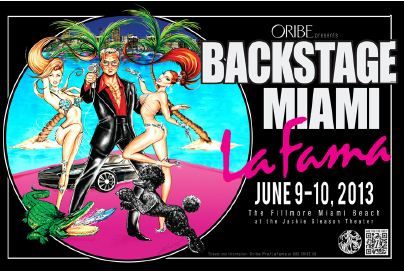 As legendary stylist Oribe designs the hairstyles, sketches the costumes and plans the hands-on education for this year’s Oribe Backstage event, he’s plotting to throw one more new angle into the multi-day event to be held in Miami, June 9-10. In addition to the lure of fabulous hairstyling, makeup, photography, and entertainment, Oribe promises to pick The One—one lucky stylist who will be given the opportunity to mentor with him, following in the footsteps of Jimmy Paul, Brad Johns, Ken Paves and Rita Hazan.

Editor in Chief Stacey Soble recently caught up with Oribe at his Miami salon and after taking a moment to wash paint off his hands (maybe a clue for this year’s Backstage?), Oribe outlined what he looking for in The One and his plans for The One’s very special mentorship. Here’s an excerpt of that interview:

SALON TODAY:  This year’s event is themed La Fama, and involves a very special component about mentoring—mentoring has played an important role your career. Who mentored you, and how did that help launch your career? 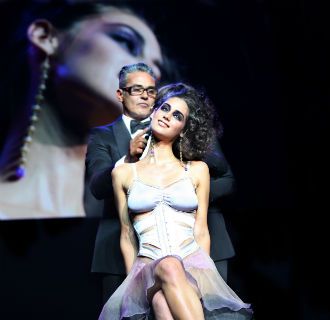 ORIBE: Well, I started in Buffalo, New York, at a wonderful salon called Visage, and it started off as a haircutting sort of career where the techniques of cutting were very important. This was in 1976, and there I met a wonderful hairdresser, Garren Defazio—the famous Garren—and he was opening a salon at the Plaza Hotel and asked me to join his staff. At Garren’s, I was exposed to many models and just the whole vibe of his wonderful salon.  Then, I moved to the Leslie Blanchard salon, which was a color salon that was very famous at the time for doing many movie stars, and there I actually learned how to do a lot of hair—I became a very good hairdresser because you really had to work with texture of the hair. One of the people I was obsessed with even before I became a hairdresser was Alexander of Paris—I was obsessed with his photographs and the glamour of it. I always wanted to be that sort of hairdresser, and in my own way I mentored myself to love those types of women.

SALON TODAY: So tell us a little bit about choosing The One? What will you be looking for?

ORIBE: The Backstage show is called La Fama, which means The Fame. And in looking for The One, I’m looking for the person who could possibly handle becoming truly famous. The One I’m looking for doesn’t necessarily have to be the most talented. The One I’m looking for is the person who can stand in a corner and know how to be—know how to exist. You have to be technical and you have to be precise, but you also have to be humble. I don’t expect The One to be a copy of me. I think it’s very important for you to find out who you are and be passionate about it. I’m so proud to have worked with Jimmy Paul and Rita Hazan and Brad Johns and Danilo and see them become amazing, and that’s just to name a few.

Backstage is an entire weekend of hair-related events, and I’ve been working on this one for a very long time. It’s about what it means to be Spanish—the culture is so rich and this show has tailored influences from all kinds of cultures. It’s a collection of very beautiful, very cool hair that’s very different than any show I’ve ever done. The following day is the hands-on event where the hairdressers take my inspirations and they get the same ingredients and models and we get hundreds and hundreds of different interpretations. Usually in these competitions, there are judges and there are runners up, but I wanted to pick The One. And, I might pick someone who is standing there at the cocktail party, I don’t know. But, I will pick The One who I think has it. The One who has all the ingredients to make it as a very successful, powerful, influential, passionate hairdresser.

SALON TODAY: How did you come up with the idea for this mentoring competition?

ORIBE: I was doing a class in Cincinnati at a good friend of mine’s salon and I had drawn a picture and we were doing this challenge and I wanted to get people excited, so I said, ‘Okay, whichever one that I like best will get this drawing.’ The one that I liked didn’t necessarily do what I wanted. She was young, and she was completely shy. And she wasn’t the person that everyone thought would win. But it was the person that did something that got my inspiration because she did it her way and it was beautiful. And when I picked her it was such a wonder thing to see her face. It was just a simple drawing that I gave her, but by picking her it gave her confidence. For me, the main secret of becoming a great hairdresser is confidence, and that’s what I hope to be able to give The One.” 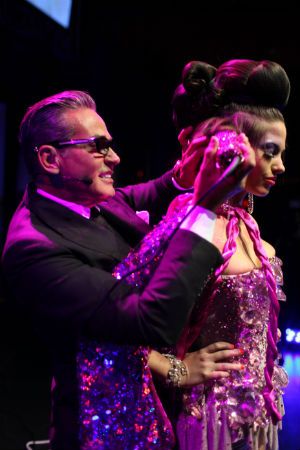 SALON TODAY: What kind of plans do you have in place for The One?

ORIBE: “Of course, The One will be exposed to Oribe Hair Care education. And, I have incredible, wonderful projects that I work on that I need help on and The One will be exposed to that. On a weekly basis, I’ll probably give him or her a tremendous amount of homework and I’m going to grade it. And, I’ll meet with The One and have him or her come to my salon in Miami to see my way of cutting hair and learn how I feel about everything. The One will be doing editorial for beauty magazines with me. I’ll show The One how to work with a photographer and all those little secrets that make a picture amazing. The One will get my cutting technique, which is simple, yet extremely effective. Most importantly, I’ll help guide The One to see what they want to achieve. The opportunities for The One are endless.” 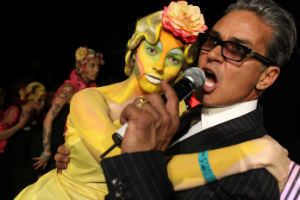 Visit the War Paint store and you’ll find more than makeup: A fresh trim from the mental health non-profit Lions Barber Collective, bespoke products made for your skin while you wait, an interactive virtual makeup conversation with Founder Danny Gray and much more.

Manage the Summer Salon Rush with These Time and Technology Tips

Stay ahead of your summer schedule; learn more with Square.

All 1,850 locations of Sport Clips will host National Signing Days with guaranteed interviews, and instant job offers for qualified stylist and barber candidates.

Top 10 Beauty Brands in the US Right Now

According to research by Cosmetify, ColourPop is the number one beauty brand in the US. See the other brands that made the list.

Why Are Burned-Out Employees Leaving in Droves?

A burnout epidemic is rising—and it’s fueling a mass exodus of employees. The findings of a psychiatrist and a workplace trauma expert have application to every industry. And they say the timing of these walkouts shouldn’t surprise us.

The Robot Manicure: Gimmick or GameChanger?

A San Francisco salon is the testing ground for a new manicure machine from Clockwork that paints in ten minutes. Notice we say 'paints' and not 'polishes'...

Plant Beauty in the World with Aveda this September at this always inspiring event for industry professionals.

Are Mask Guidelines Changing Again? Yes and No

Here's some of the latest discussion--and your response to it--around new virus variants and prevention measures.

The inaugural competition celebrating the diversity and beauty of all hair textures names their finalists. The 16 top hairstylists were selected from more than 350 submissions in one of the four hair texture categories: straight, wavy, curly, and coily/kinky.

Stephanie Polansky brings 27 years of industry experience, beginning as a stylist to most recently serving as Global Director of Education and Shows for Sexy Hair.

Everything You Need to Know About DevaCurl's New Look and Formulas

Fresh look, new formulas, who’s this? As clients’ needs evolve, so do products. Welcome to DevaCurl 3.0!

Olaplex, the brand that created the bond-building hair category, is launching its first-ever Olaplex Pro Artists Awards, celebrating the hair professionals who dedicate their careers to creating beautiful, healthy hair.

Fall in love with The Beachwaver Co.'s latest collection supporting the It Gets Better Project.