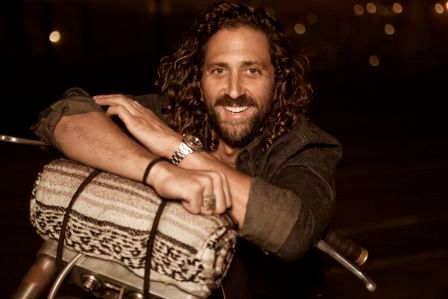 It’s time to embrace fullness, oversee the growing of some gruff and generally encourage male clients to loosen up according to Jason Schneidman, The Men's Groomer at the Chris McMillan Salon in Los Angeles.

“We’re going away from the ‘Mad Men’ and into fuller heads of hair and natural facial hair,” says Schneidman who counts Hugh Jackman and Bruno Mars among his clients.  Schneidman likes to use an Abiza small round brush to make the hair smooth but, he says, brush or no, the key is to get a little volume.  “I like to smooth out the front and throw some paste in it or a combo of spray wax and a dry shampoo.” Think Nick Zano on “Two Broke Girls” or Matt Bomer.  It’s still leading man but more River Phoenix than Don Draper.

This return to real includes encouraging natural facial hair. “I’m not into any sculpting--no chin strap,” says Schneidman. “The moustache on the right person can still be cool but for the most part, I find a lot of guys need some toughening up.  I like to grow some scruff down so I suggest they grow their beard for three to four weeks.  When they come in, I put a number one or two attachment on a clipper and bring it down but I never clean up the neck.  It’s supposed to look effortless and scruff is pretty acceptable now, even in the work place.”

Grooming Hugh Jackman prior to the Academy Awards, Schneidman had to work around a deliberately poor haircut and goatee that Jackman was sporting for a role.

“A good haircut styles itself but this was a really purposely poor cut, so I went for a polished, classic look.  And to mask the goatee, he grew the facial hair out on the side.”

When working with Bruno Mars for a cover shoot, Schneidman used products from Dove Men+ Care and let his less is more philosophy inform his styling. “I took him from the pompadour into this big afro. I used paste to pull some of the curl out; he would shake his head, I would pull the hair out and then cut into it.”