You’ve heard of “Urban Myths,” false stories that get passed along enough times that people come to believe they’re true, if only because they’ve heard them repeated so many times.  The same can be true of certain nail and manicure legends.   Here, Roxanne Valinoti, Education Training Manager for CND (Creative Nail  Design, Inc) and Doug Schoon, an internationally-recognized scientist and Co-Chair of the Nail Manufacturers Council , dispel these “Mani Myths” and put their finger on the truth.

Mani Myth One:  The white spots under your nails are indicative of nutritional deficiencies

Doug Schoon: If you see white spots on your nails, also known as leukonychia, it is unlikely that they were caused by a nutritional deficiency. Normally, these are simply a result of injury to the base of the nail where the nail is formed.

Roxanne Valinoti: There are great benefits to wearing glitter as part of your manicure!  Although it may take a bit more energy to remove a glitter mani, the fact is that the particles of glitter are heavier and have great adhesion. This means less chipping and longer lasting manicures. Glitter may be in your actual polish or added as an accent over any shade or color (even CND Shellac) to add a bit of shine and sparkle. For removal, I recommend saturating a lint-free pad with acetone and holding it on the nail for 5-10 seconds. Then massage the nail to help loosen the particles and use several fresh pads – once they become saturated with glitter, they are ineffective.

Doug Schoon: There is no evidence that UV/LED nail lamps cause skin cancer. In fact, a recent independent study was performed by two world leading UV/Skin researchers, Dr. John Dowdy and Dr. Robert Sayre, providing strong evidence that UV nail lamps are safe as used in nail salons. UV nail lamps are NOT like tanning beds – the exposure from a bi-weekly UV manicure is equivalent to an extra 1-2 minutes in daylight each day between salon visits.

Mani Myth Four: Nail art is only for young women and men.

Roxanne Valinoti: Since nail technology is an ART, I prefer the term “nail style” over “nail art,” as many woman and men assume nail art is young and juvenile. Think rainbows and lollipops versus an amazing textural manicure to replicate a turquoise stone or a piece of granite or even a simple asymmetrical tone on tone French. Today, nail style/fashion is acceptable no matter what industry you are in. However, finding the right style, design, color, etc. that best suits each client is the trick! Nails are the best (and most affordable) fashion accessory you have!

And the last Mani Myth is specific to CND…

Doug Schoon: The only thing that can damage nails is mechanical force. CND Shellac is fully removable and requires no roughing, filing or buffing of the natural nail during application or removal. It is a professional product and should only be applied and removed by a licensed, trained Nail Professional. When removed correctly with CND Shellac Remover Wraps and Nourishing Remover, your nails will remain perfectly intact. 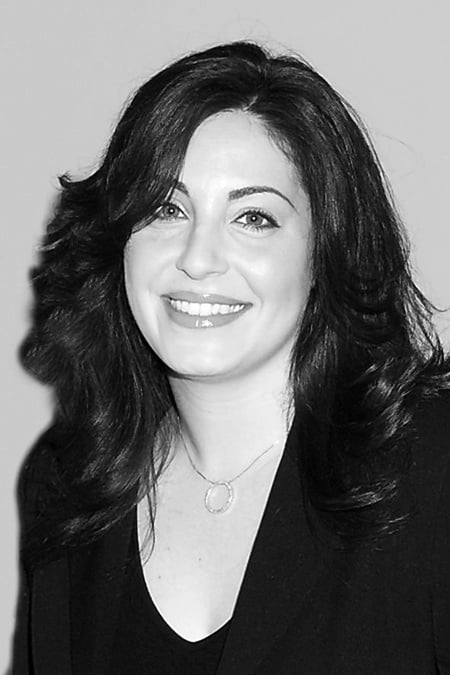