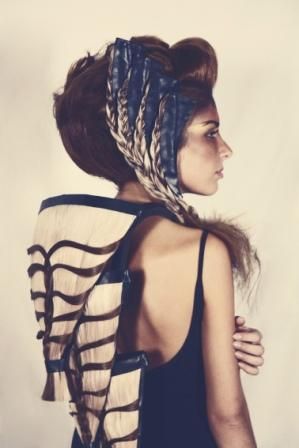 Avantgarde-Hair Designer Jean-Michel Faretra presented his new collection with hair creations made out of Hairdreams real human hair during a hair show in early October 2013 at "Salon Beauté Sélection“ in Paris. The collection "Mistyk Organik“ is based on a fantasy vision of the creation of man – translated into the future in the year 3000AD. Faretra’s inspiration came from the film "The fifth Element." The begining of mankind is symbolized by a cocoon intricately made out of white hair through models styled as exotic armadillos, snails, sea urchins and pythons. 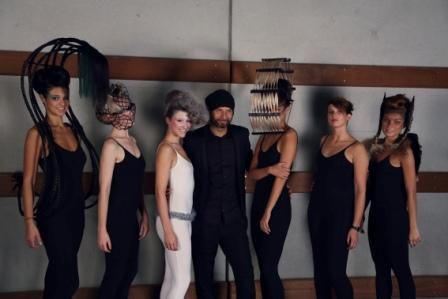 Faretra not only styled the models‘ hair looks with real hair by Hairdreams, but he also created the lavish costumes and creations that the models were wearing. For his designs, he prefers to work with flexible materials such as the easy-to-use "Quikkies“ tape-in hair extensions by Hairdreams.