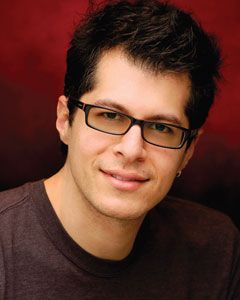 The nominees were chosen for their innovation in their approach to business and/or creative merits in product and service by the West Hollywood Chamber of Commerce Membership, its Board of Directors and the Special Events Committee. Marco Pelusi, the studio's owner and guiding spirit, was nominated for the John Chase Art & Design Award which is given to a business that falls into the categories of art, performance art, fashion, design, architecture or any other creative arts realm.

A criterion for selection was that the business be a Chamber Member and have made significant contributions to the West Hollywood community.

"We need to contribute to our community as salon and spa owners," says Pelusi. "The community is our home and also our clients' home. You get what you give. Give to your community and it will come back to you. And the cycle will never really end! I also feel it's important just to show up -- life is really about just showing up. Your/my presence at community events speaks for itself, and shows support and leadership."

On winning this award, Pelusi says he "feels so blessed to have such amazing relationships with my neighbors here in West Hollywood. It's a strong community and we support each other. I also appreciate the recognition as a small business that works hard. Good work, integrity, putting your best foot forward each day are what's behind my award recognition. I  feel a new sense of inspiration to want to do even more in the coming year!"

Marco’s passion for hair and haircolor began during his early days as a hairdresser days at his family’s upscale chain of East Coast salons. Early in his career, he became a top Educator at one of the world’s leading Milan haircolor companies. He was then sought out to be the National Haircolor Educator for an esteemed Los Angeles-based color company. Marco’s premier studio, Marco Pelusi Hair Studio, is located in the heart of West Hollywood Design District on Robertson Boulevard, where he and his staff of seasoned Hollywood hair stylists offer world-class hair fashion to numerous celebrities and trendsetters at the luxurious and tranquil spa-like salon.