When Joico Guest Artist Eric Mayes set about seeking inspiration for the collection that he would be creating on behalf of jcpenney salons for the newly-created men’s category of the North American Hairstyling Awards, his first thought was the talented fashion designer and director, Tom Ford. Not Ford’s work, but the man himself, whose personal style is the ultimate in masculinity, fashion and luxury.

“One of the most interesting trends in men’s hair at the moment is that many men’s shapes and techniques are influencing women’s trends—think Miley Cyrus!” 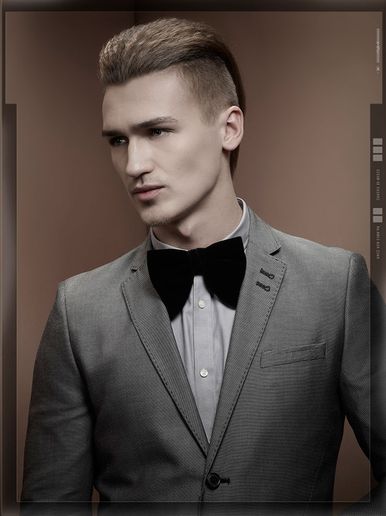 LOOK #1: The 1940s meets punk couture thanks to classic undercutting and extreme disconnection.

The cut: The top is sectioned off with an asymmetric triangular parting from the temple to an offset point to one side of the crown. The sides and back were cropped with a scissor-over-comb technique, and the edges were refined with a clipper fade. To maintain maximum length in the disconnected top section, cut from shorter to long from the crown to the front hairline.

The style: To texturize this model’s fine hair, Mayes created small subsections throughout the top, braided each with a three-strand braid, misted each braid with finishing spray and pressed it between the plates of a flat iron. Once the hair cooled, he separated each braid with a tail comb, brushed through to release the texture, applied dry shampoo at the scalp for buoyancy and sprayed with more finishing spray. 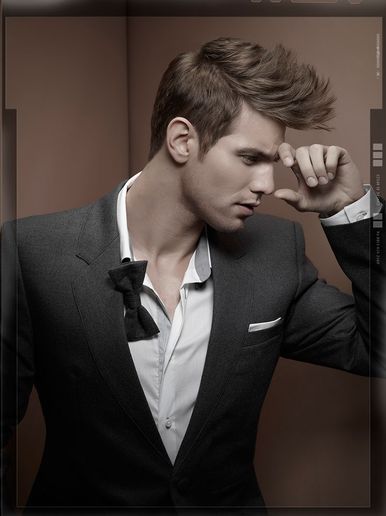 LOOK #2: A classic masculine silhouette with elongated movement and texture.

The cut: The hair was sectioned from the recession along the parietal, just past the center crown. Starting at the front hairline at the sides, he created subsections that mimicked the natural shape of the hairline, and created a square shape following the contour of the head. Once the silhouette was established, aggressive point cutting released weight and bulk and produced texture and movement.

The style: Eric applied medium hold styling gel to damp hair and directed all strands from back to front with his fingers. Once hair was dry, he sprayed dry shampoo and used Joico Crème Wax Texure & Shine to produce separation in the hair. 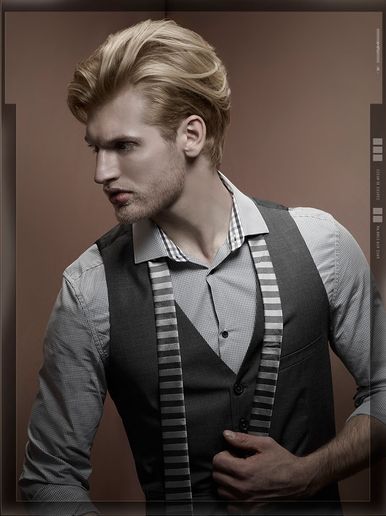 The cut: This full-textured hair was cut with a slight taper on the sides and back that was incorporated into the natural hairline. Mayes lifted the top sections straight up and point-cut to accentuate the natural texture.

The style: A medium hold gel was applied to the sides and back sections and worked Joico Power Whip Whipped Foam through the top sections. He blew the hair dry with a cushion brush, wrapping it around the head for a smooth finish. Once strands were dry, he directed all of the hair back, worked in a small amount of glossing polish and finished with a flexible hair spray.

It takes a light touch, some products with grit, and encouraging hair to find its own direction.

The collection by Seminara lets stylists create a kaleidoscopic of looks.

The faction Pacitto envisions is one promoting peace through a unified effort.

Is color blocking the new balayage? The #colorblocking trend illustrated in over a dozen looks.

Moving Collection from Anthony Edge and the Edge Academy

Working with natural texture and minimal products to keep hair in motion.