Twitter has been running the road lately, making changes left and right and dominating the social space. It can be hard to keep up! I’ve been asked why salons should stay up-to-date with the flighty bird, so let me tell you the secret – it helps build your relationships.

Twitter began as a social platform, solely meant for friends to connect via an SMS-based network. But boy, has it changed. If you’re still using your salon’s twitter merely to let your friends know what you’re up to at work – you’re missing out! Nowadays, Twitter is all about using those friendly conversations to build relationships for your business. Yes, that’s right, and not just as a side project. This is the simple “How-To Twitter” – the right way! – in order to drive tangible sales for your salon:

1. Someone follows your salon.

2. Engage with that person over time about what they want to talk about, slowly building a solid, meaningful relationship.

3. One of your tweets will catch that follower’s eye, and suddenly, the trusted relationship that you built up by constantly engaging turns your follower into a client. 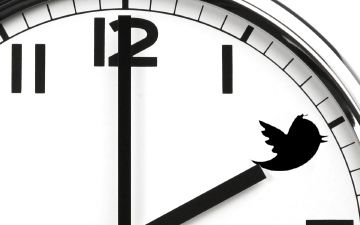 It can be as easy as that. According to a Twitter poll, 60% of respondents said they have purchased something from a business because of Twitter, and 43% intend to purchase regularly. That’s huge! With something this simple and effective, it’s a must to spend the extra time keeping up to date on Twitter’s newest features. So come on, don’t wait – it’s Twitter time!

1. Twitter Collage: You don’t have to choose just one pic! Semi-unpredictable, but potentially hilarious, Twitter’s new collage feature allows you to choose up to four photos to post, all in one tweet. Check out @Mashable for a how-to!

2. New Profile Layout: Thought you were on Facebook? Nope, that’s just Twitter’s new profile design, which is eerily similar to Facebook’s Profile layout. What’s different? You now have a large header image (AKA cover photo), square profile pic in the upper left corner, and choices for what types of tweets you want to appear in your main feed. In addition, the more engagement a tweet receives, the bigger it appears on your page!  - Get all the details from the guru’s at @Mashable.

Connect with Ideas That Evoke:

At Ideas That Evoke we develop digital, social and mobile strategies for salon professional, beauty, hospitality and entertainment brands. As branding and public relations veterans, yet early adopters of all things digital, we understand the importance of creating measurable, buzz-worthy campaigns that generate bottom-line results. #IdeasThatEvoke