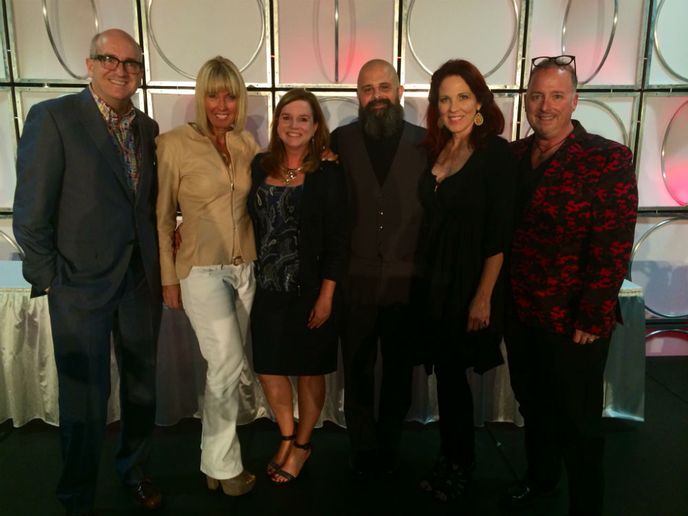 The ‘By Invitation Only’ event, hosted by the Premiere Orlando Show and SALON TODAY, kicked off with a dynamo Olympic gymnast, ended with a new SALON OF THE YEAR, and featured many great salon owner ideas in-between.

Shannon Miller, who led the ‘Magnificient Seven’ to the U.S. women’s first-ever team gold at the ’96 Olympic Games in Atlanta, captured the first gold medal in balance beam for the U.S., and remains the most decorated gymnast in American history, shared her formula for personal and professional success, even under challenging circumstances. Setting goals, staying consistent, and putting past mistakes behind her are part of Miller’s Olympic mindset, which she employs now as an entrepreneur. In 2011, Miller was diagnosed with a rare form of Ovarian cancer, putting her philosophy of maintaining a positive attitude to the test.

“I thought I was prepared to lose my hair but it was really tough,” Miller said. “Looking in the mirror, I had to remember the hair loss wasn’t a symbol of my sickness, but a symbol that I was doing everything I could to fight back.”

Next, five SALON TODAY 200 owners gave attendees a glimpse into their businesses by detailing one of their best business practices in ‘The Secrets of the SALON TODAY 200’ panel session moderated by Stacey Soble, editor in chief of SALON TODAY: 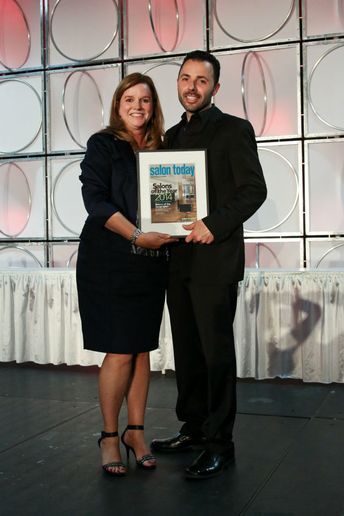 Jeff South from Intrigue Salon in Atlanta, GA, shared his color upgrade program, which he believes can bring a six percent increase to any salon’s bottom line. The program starts by putting a specialized color menu at eye level on each station’s mirror and includes charging clients for the specialized color options that most salons roll into the traditional service. “As an added benefit, your staff will push themselves to learn more about their color lines, because now they need to be able to answer clients’ questions.

Candy Shaw from Jamison Shaw Hairdressers, in Atlanta, GA, detailed her hiring process and training program. “After seeing our sons go through the college application process, we decided to make it a little harder to get a job in our salon,” she said. “People want what they can’t have and it makes the position more valuable.” As part of the application process, Shaw requires applicants to do a photo journal and bring in a model and demonstrate a cut – then she asks the model to assess the service and the applicant to do a self evaluation.

Bryan Nunes from Blo in Raleigh, North Carolina shared his marketing philosophy for establishing a brand that differentiates his salon in his own market. Nunes also shared a glimpse of his salon’s new website, scheduled to debut in July, including a section that will be populated by images uploaded by his salon community. Using a program called Tint Up, users can tag a photo through social media to #justblo, and not only will the image automatically appear on the site, but it also will flash on flat-screen TVs in the salon. “Most salons have website pages that are static, but we’ll have content that is constantly fed by our own clientele.”

Bonnie Conte from Avalon Salon and Spa in Deer Park, IL, shared her strategies for creating rewarding career paths for every employee on her team. After showing some pictures of her staff members and sharing stories of the careers they’ve carved out within her organization, Conte said, “Encourage your team to think creatively—help them discover the possibilities with their career—not only financially, but also with a fulfillment and purpose within your company.”

And Terry McKee of Nuovo Salon in Sarasota, Florida shared his process for strategic planning, including how he uses the ST200 best practices as the framework for his mind-mapping process. Currently, his salon’s leadership team meets monthly for strategic review sessions, but they’ve become so successful he’s increasing it to twice monthly. “At each session, we’ll look at our financial spreadsheet and the numbers are color-coded – the ones in red are items that are out of whack with our budget, the yellow ones are in danger, and the green ones are in budget.”

After the panel session, attorney Christine Sensenig used real salon/spa legal case studies ‘ripped from the headlines’ to illustrate the importance of confidentiality and privacy issue in today’s world. She offered the owners advice on accepted practices for social media and posting pictures with clients and talk about the proper protocol for having new hires to read and sign policy agreements.

To conclude the day, Soble took attendees through a pictorial tour of the salon designs of all 20 of the SALONS OF DISTINCTION honorees and presented the owners of each one with a SALONS OF THE YEAR certificate. She also revealed that 6 Salon in Birmingham, Michigan, owned by Tomy Lulgjuraj, Johnny Nikollaj and George Nikollaj captured this year’s grand-prize and will reign over the Jun 2014 cover as SALON OF THE YEAR.