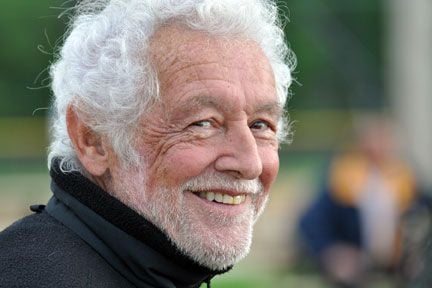 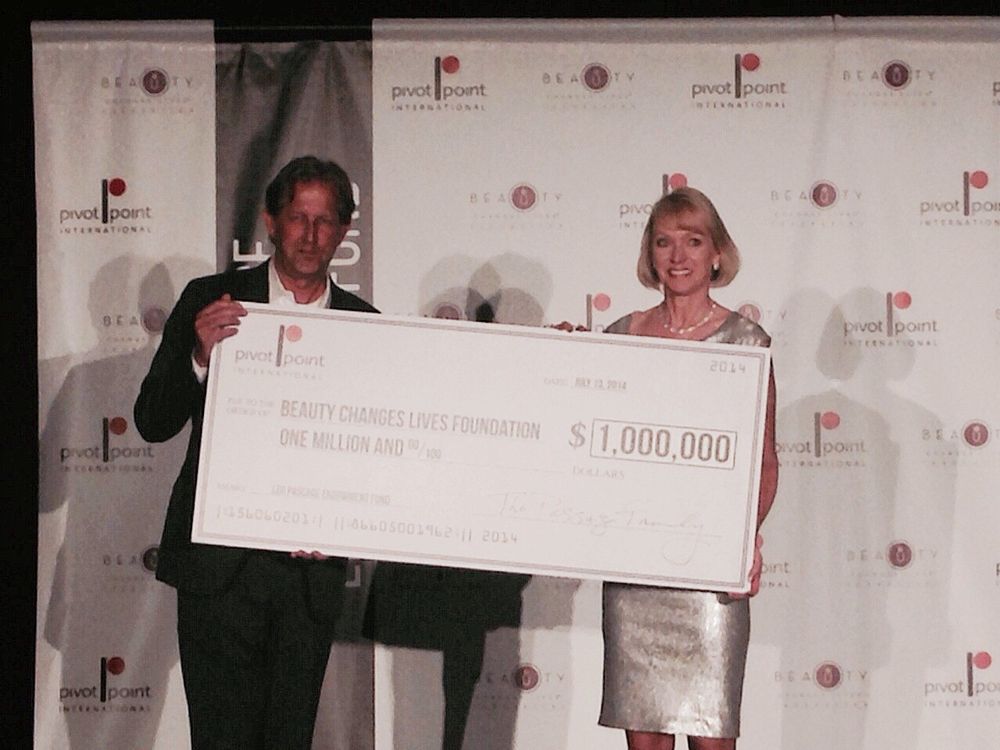 Pivot Point International, Inc. and Beauty Changes Lives announced at PBA Beauty Week in Las Vegas that they are partnering to offer the Leo Passage Endowment Fund to benefit competition, scholarships and lifelong learning for students and professionals.

The Passage family has established the $1 million fund in remembrance of Pivot Point founder Leo Passage, who passed away in 2011.

"When I saw what P&G did to honor Vidal Sassoon [P&G donated $1 million+ for advanced education], and what [CND founder] Jan Arnold did to honor the Vietnamese nail movement, my mother and I knew it would be a great way to honor my father's legacy through endowment to Beauty Changes Lives in his name," says Robert Passage, Pivot Point chairman and CEO and son to the late Leo Passage. "My father believed wholeheartedly in providing hair, beauty and wellness professionals a thorough and complete education in their craft, as well as how to be successful."

The fund will support competition entries, scholarships and lifelong learning so that students and professionals alike can continue their journeys in education.

Leo Passage discovered his passion for hair design at an early age while watching his father run a hair salon in Belgium. He founded Pivot Point in Chicago in 1962 with five students and one classroom. He is credited with changing the concepts behind cosmetology education and shattering the myth that successful designers must be born with an artistic ability. Today, there are schools and advanced centers in 74 countries teaching the "Designer's Approach" to Cosmetology.

During his career, Passage won nearly 100 competitions and was a tremendous advocate for competition. In 1961, he captured the titles of World Supreme Champion and Hairdresser of the Year at the International Beauty Show in New York City. Passage’s passion for competing lives on through his international Pivot Point Academies and member schools.

"Competition in general has waned a bit in the United States, but it's alive and well in many other countries, I'd like to see the U.S. get more involved," Robert Passage says. "Competition allowed my father to not only express his creativity, but allowed him to work on discipline and hard work that helped him later in life create and grow his business. I've seen so many successful people get their start in the competition arena by learning those skill sets."

Additionally, Beauty Changes Lives President Lynelle Lynch announced that the 2015 Legacy Award event will be held in honor of Leo Passage on Sat., March 21, 2015 in Chicago during America's Beauty Show.

"Leo Passage was more than an esteemed icon–he was a true visionary," Lynch says. "His generosity and passion for professional excellence, competitions and lifelong learning will live on and provide opportunities for a new generation of hair, beauty and wellness visionaries."

When Pivot Point International founder Leo Passage died in 2011, his wife Lenie and son Robert knew they wanted to honor his legacy.

Something my mother and I have talked about ever since my father  passed awy with involvement on BCL board, I saw what P&G did to honor sasson, and Jan Arnold to honor the Vietnamese nail movement, you know what a great opportunity for us in legacy of my father thorugh endownment in his name

Legacy of style to dad, honored

Jan mneionted she also had a candidate, we were still making decisions how we would set up this endowment—second award to tippi hendron.

Us more time to pla enwoment for leo,

He will become 3rd legacy of style reciepient The Legacy award.

Really excited to support competition primarily, but also set it up with flexibility so we could offer scholarships for both understgras and grads courses.

The idea hasn’t been firmed up

CC spoken to paul and joseph, expressed might be nice to hol ht e legacy gala I Chicago first two in Beverly Hills at peninsula.

Ny struggle has been how do we get message out what BCL is all about to broader industry.

Unite the industry through scholarships.

Visit the BCL website, this will live have event in March, offer first competition sponshiprs early next year, bec I’ts an endowment, the $1mill princicpa amount will be managed so theprocessed interest is what will be used to fund these sponsorships.

Competition in general has waned a bit in the United States, alive and well in many other countries, OMC had over 1300 competitios at hairworld, id like to see the US get more involved. My father was one of the very first US Olympic team after moveing to US, dutch Olympic team, trainer, and US, for him, comp allowed him to not only express creativity, but allowed him to work on discipline, hard work, that helped him later in life create his business and grow his business.

Ive seen so many competitiors over the years, get start in competition arena, started careers that way by learning those skill sets, for us as an org, we feel it’s important to continue sponsoring those types of activities, our students, creativity to the forefront, we like to see that in a bigger wy in us, have to do with funding, and other countries as well, struggle competitively bec those couitnries with deeper pockets tend to do much better.