The creator of the hit show Girls -- Lena Dunham -- took to Instagram to reveal her new platinum blonde bowl cut over the weekend. 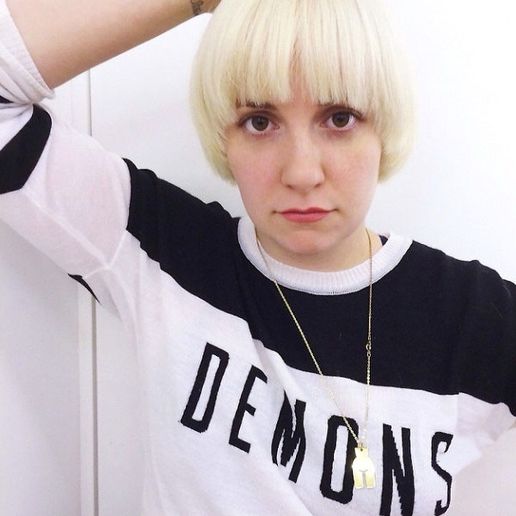 Some questioned whether Dunham’s hair was real or not, but she proved that the look was not a wig on Saturday, August 16, when she posted another photo on Instagram of her at a friend’s wedding. 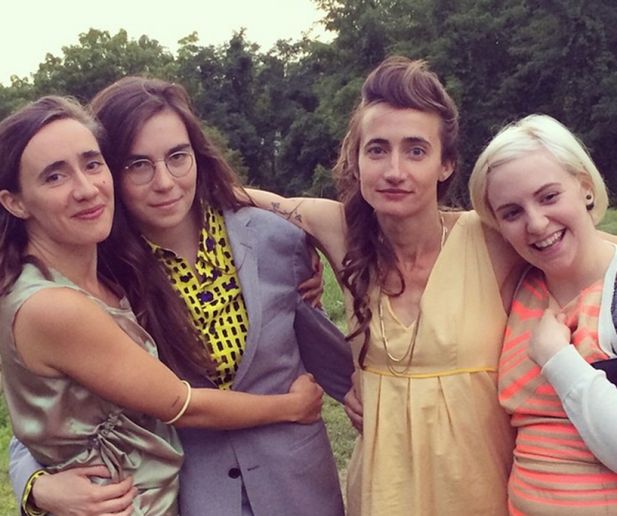 According to MTV.com, Dunham’s style change may have been prompted by Sia’s trademark ‘do?

“Earlier this year while promoting her new album, 1000 Forms of Fear, Sia took an unconventional promotional route, asking others to be the face of her sons in platinum wigs—to match her hair and album cover—as she hid on the sidelines. One of the people she called on was Lena Dunham, who did an interpretive dance and lip-synced to Sia’s lead single ‘Chandelier’ on Late Night with Seth Meyers.”

There are few beauty makeovers as dramatic and nerve-racking, as dyeing your hair platinum blonde, particularly being a brunette. Lightening up – especially if you have dark hair – can be an intimidating process, but based on this recent Hollywood trend, stars continue to suggest that blondes just may have more fun.

The experts at Pravana say it is possible to achieve platinum color while still keeping the integrity of the hair during bleaching. Pravana’s Pure Light Power Lightener gently and effectively lifts and lightens natural hair without affecting its structure. Upkeep for blondes is simple with the Pure Light Brightening Shampoo and Conditioner – a special Dual Ultra-Violet Dye System that neutralizes yellow tones. Keratin amino acids, silk amino acids and wheat protein provide vital protection and strength, while lightweight sunscreens help block the damaging effects of the sun to protect hair.

Get the in-depth details for cutting a razored bob (with video tutorial!)

Special occasion season is around the corner! Start preparing now with this rundown of bridal trends and tips from Pureology Artistic Director Emily Alders.

In partnership with Ouidad

Here are the Answers to Your Top Texture Questions

In partnership with Aquage

One of the best things about multi-textured hair is the ease of enhancing or tweaking the natural movement to the desired shape.Aquage Master Educator Trisha Granados says altering texture on curly clients is easier with the four Aquage Texturizing Line products.

How to Dry Curly Hair with a Diffuser

In this texture tutorial, educator Sam Villa drop the ends of a section of hair inside a finger diffuser and twists and lift as he elevates so hair is intertwined between the fingers.

This Brush Will Give You a Sleek Blowout

Atlanta colorist Kayluh Stewart shares her secret to making her best color work stand out: a blowout using this tool. Plus, get the formula for this rich red.

Give Guests with Thinning Hair the Illusion of Fullness

Trevor James, a Chicago-based men’s grooming specialist, offers these cutting and styling tips to enhance texture and volume so you can give guests concerned with hair loss and thinning a confidence boost.

4 Foundation Techniques to Anchor an Upstyle

“As professionals, it’s our duty to build beautiful upstyles that stand up to that first dance, walk down the aisle or photo shoot!”