Joleen Sodaro, salon manager of Hue Salon & Boutique (@hairgeniejo) located in downtown Panama City Florida, has been licensed for 15 years and hair color is the love of her life. She loves the challenge of color corrections and has performed a number of them over her entire career.

"My client came to me after four failed attempts to lighten her own hair. Before lightening she was a natural level two with the last six inches of her hair previously colored," she says.

"After lightening it herself and with the help of her sister, she had created quite a mess. She had a tremendous amount of hair and their applications had left bands of orange and yellow throughout. To top it off, by the time I got a hold of her, she had about a 1/4 inch of level two newgrowth! Her goal when lightening it was to get it to platinum."

"When coloring I knew I would have to utilize Olaplex. Even though her hair was surprisingly in pretty good shape, I knew there would be no way I was going to chance it without that." 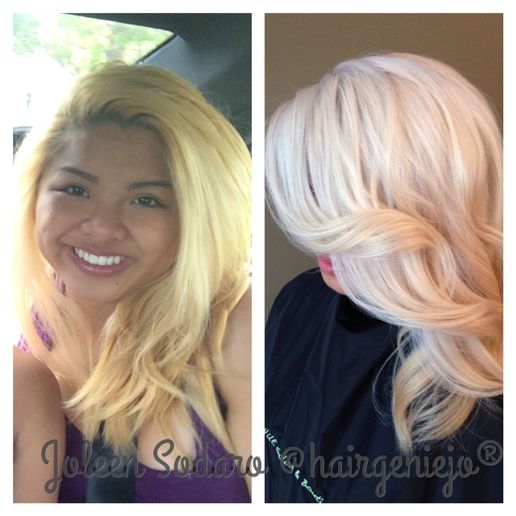 STEP 1: "I had to tackle her hair in sections. For her new growth I used Redken Flashlift and 30 vol (bumping up my developer because I was using Olaplex) and 1/4 Olaplex. Working in fine sections, I made sure the new growth was very saturated."

STEP 2: "I mixed Redken Flashlift and 40vol and 1/4 Olaplex. Then I applied that on the lower middle and ends of the hair that were still really orange. Making sure again to heavily saturate the hair."

STEP 3: "I mixed Redken Flashlift and 20 vol and 1/4 Olaplex and applied to the middle of the hair shaft that was yellow. The middle of her hair was the lightest and most porous due to her previous attempts at lightening."

STEP 4: "I processed the hair for approximately 40 minutes. I frequently checked the hair to make sure it was not breaking. When the majority of her hair was pale yellow (like the inside of a banana peel) I rinsed on cool for several minutes then towel dried the hair. (Because I was using Olaplex, I did not shampoo.)"

STEP 5: "The ends of her hair were still a tad brighter than the new growth and mid shaft, so I had to mix two formulas to tone."

STEP 6: "I processed her hair for 10 minutes using Olaplex (STEP 2). While the hair was processing, my co-worker, Falynn Penton, trimmed about 1 1/2 inches off her hair --it was in amazing shape! After her hair was cut, we rinsed out the Olaplex. Then, we shampooed and conditioned her hair."

"I am very proud of how it turned out and I would not have been able to do it without Olaplex. This product has opened the doors to hairdressers ability to correct color and achieve what many think is impossible." 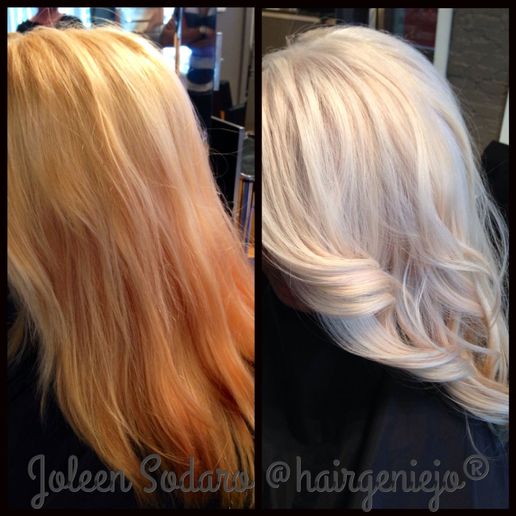 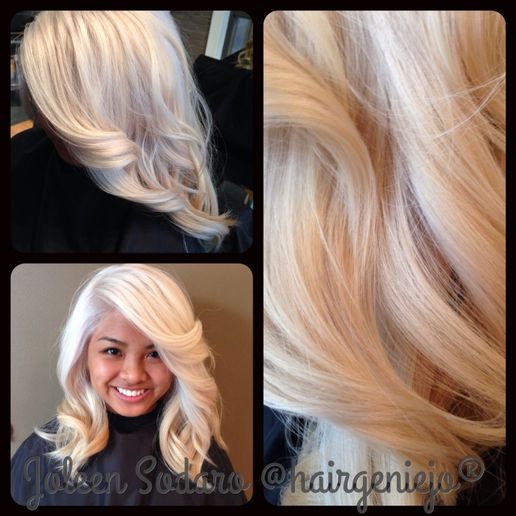 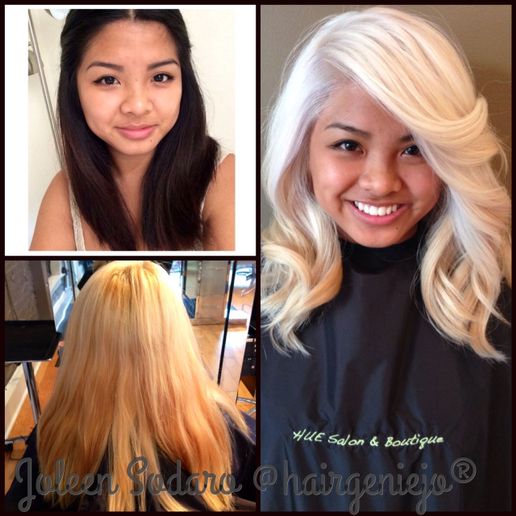