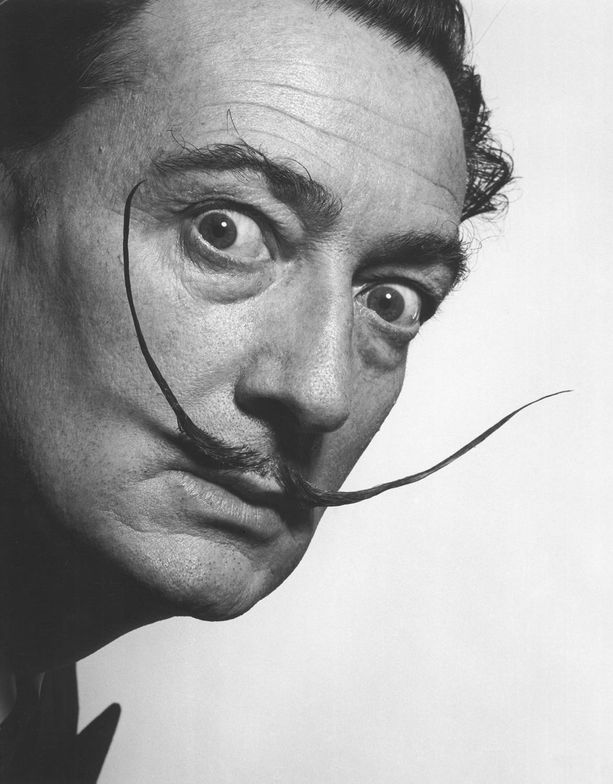 Salvador Dali published a book dedicated to his moustache. 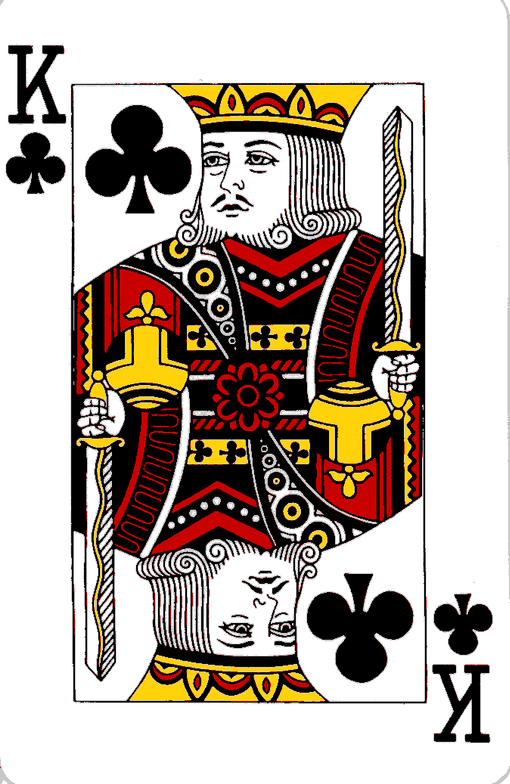 The King Of Clubs has a moustache. 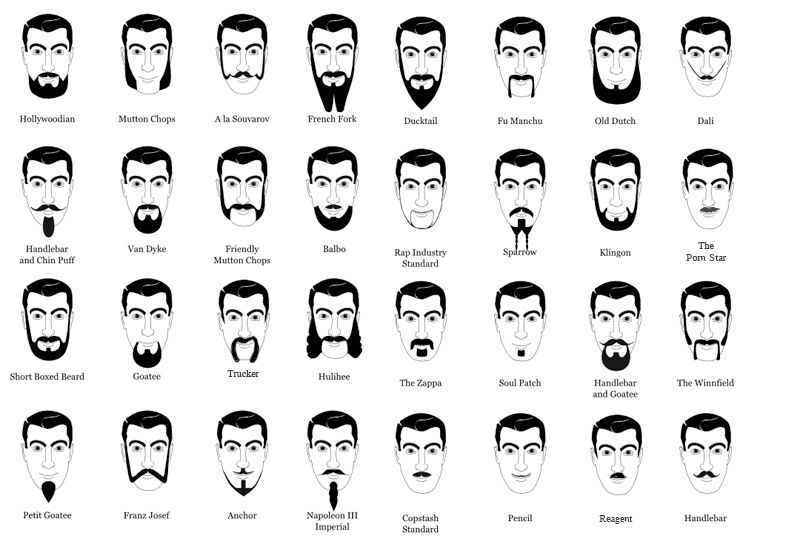 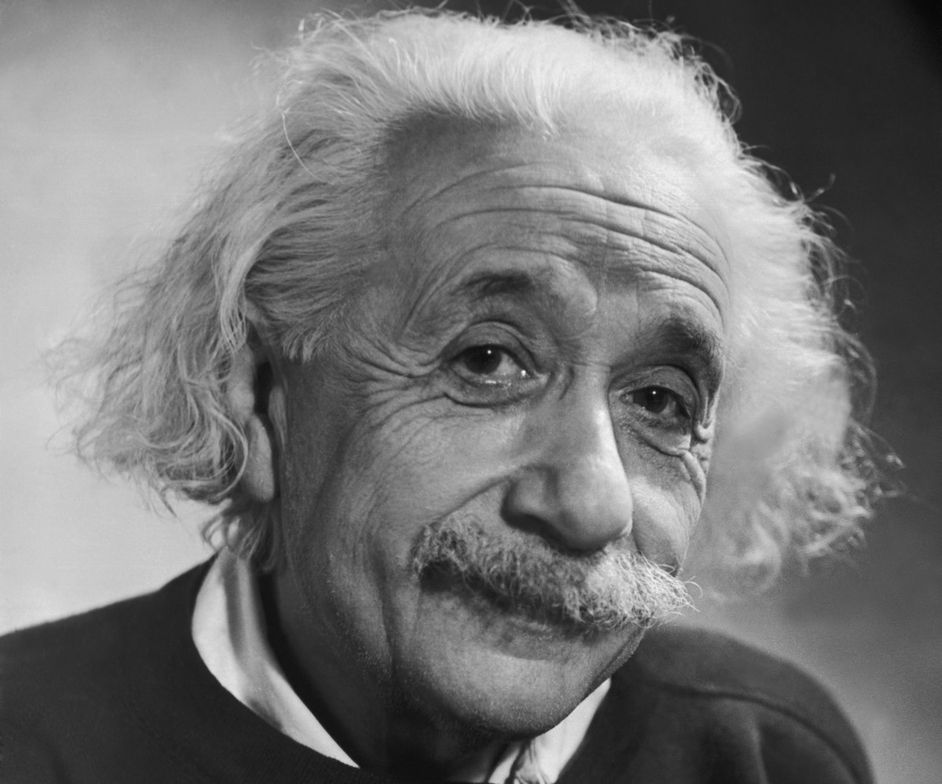 Albert Einstein had a moustache for more than 50 years. 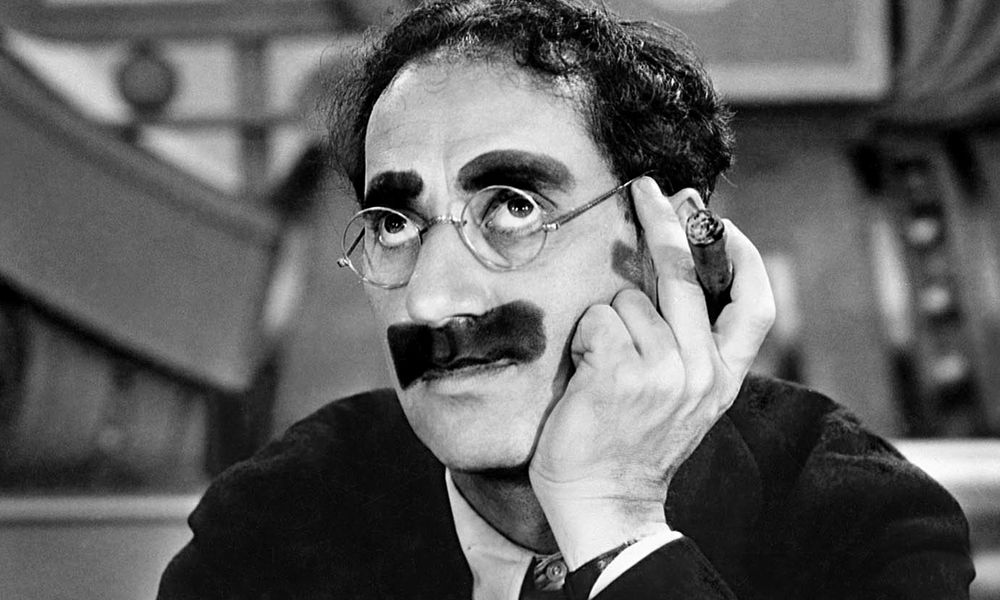 Groucho Marx wore a fake moustache of greasepaint for years and eventually grew one in real life. 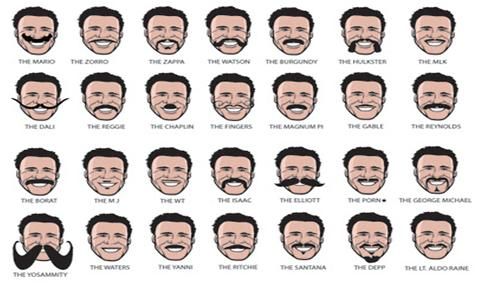 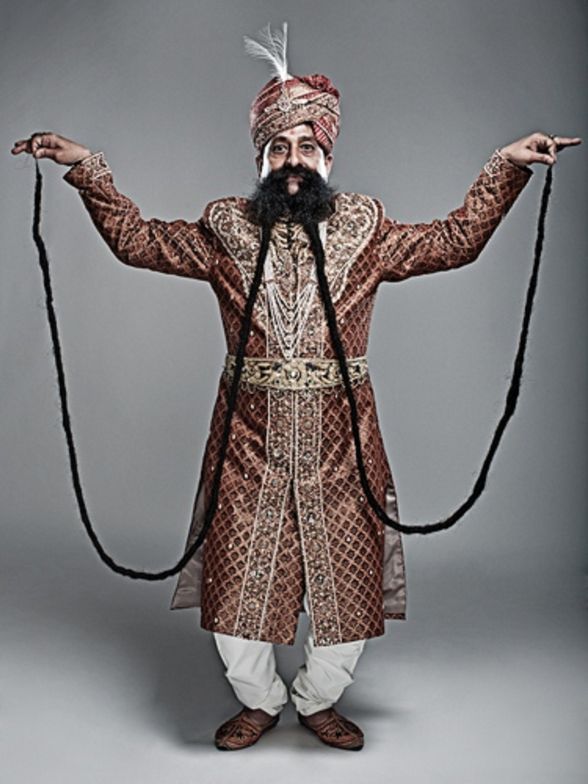 Ram Singh Chauhan is reported to have the longest moustache, 14 feet!
1/7
View all

1/7
Slider
Salvador Dali published a book dedicated to his moustache.

2/7
Slider
The King Of Clubs has a moustache.

4/7
Slider
Albert Einstein had a moustache for more than 50 years.

5/7
Slider
Groucho Marx wore a fake moustache of greasepaint for years and eventually grew one in real life.

7/7
Slider
Ram Singh Chauhan is reported to have the longest moustache, 14 feet!

This year marks the 10th anniversary of “Movember”. Movember (the month formerly known as November) is all about raising awareness of, and funds for, men’s health issues, especially prostate cancer, testicular cancer and mental health issues. The goal is to increase early cancer detection, diagnosis and effective treatments, and ultimately reduce the number of preventable deaths.

HOW IT ALL BEGAN:

In 2003, two friends from Melbourne, Australia, Travis Garone and Luke Slattery, were knocking back a few at the Gypsy Bar on Brunswick St, Fitzroy when their conversation naturally turned to facial hair. They questioned where the Mo (Australian slang for moustache) had gone and joked about bringing it back.

Inspired by a friend’s mother who was fundraising for breast cancer, they decided to make it a campaign about men’s health and prostate cancer. They designed rules and guidelines for what they jokingly called “Movember” and agreed to charge ten dollars to grow a Mo. They found 30 friends willing to take up the challenge. They called each other “MO-BROS”.

In 2004 a decision was made to formalize the concept and get all participants growing for a cause. The company was registered and a website created. The guys researched men's health issues and agreed to formally support prostate cancer as their cause. As Movember grew, so did the causes.

HAS IT BEEN SUCCESSFUL?

OH YEAH!!!  As of October 31, 2014, $559 million has been raised. Last year, Movember had its most successful year to date, with more than 850,000 Mo Bros and Mo Sistas across the globe raising more than $126 million. We will check in at the end of November (ooppps, sorry, MOVEMBER) with the other participants: Australia, Austria, Belgium, Canada, Czech Republic, Denmark, Finland, France, Hong Kong, Germany, Ireland, Netherlands, New Zealand, Norway, Singapore, South Africa, Spain, Sweden, Switzerland and the UK to see how much has been added.

LET’S GET SOME THING STRAIGHT: MOUSTACHE OR MUSTACHE?

Moustache vs Mustache? The official site (www.movember.com) spells it moustache, so we will too!

SO IS THIS SAME THING AS NO-SHAVE NOVEMBER?

Movember and No-Shave November are basically 2 separate animals, but both doing the same good thing. According to the site www.no-shave.org, this is an annual tradition asking men and women to put down their razors to let everything grow wild. The money normally spent on shaving and grooming for the month is then donated to help educate about cancer prevention, save lives and aid those fighting the battle. The bottom line, No-shave is designed for both men AND women to "let it grow" and beards and stubby legs are welcome.

THE 5 OFFICIAL RULES (the same from day one):

MO FACTS (According to movember.com)

Make sure to go to www.movember.com to register, donate and learn more.

Ensuring that returned empties are given another life.

If it is passed by the Senate, natural hair discrimination could be deemed illegal nationwide.

It's beauty pro go juice. Find out how your city ranks for its coffee consumption.

How to Take Your Consultations to the Next Level? Ask Hair AI™

Proprietary technology and advanced artificial intelligence display magnified images and evaluate the conditions of the scalp and hair strand.

L’Oréal ACCESS features L’Oréal Professional brands’ educational content, localized from all countries, in all languages, allowing salon professionals to access one single hub for any need.

The Beauty Connect virtual show allows attendees to transport themselves to an immersive digital experience.

Delaying a bit because of the pandemic, the SALON TODAY 200 application is finally live--with a new focus and a later deadline. Check it out!!

A new leadership team headed by industry veteran Scott Missad has taken the reins at Beauty Quest Group (BQG), with plans to revitalize the company’s heritage hair care brands -- Rusk, Aquage, and One n’ Only.

Intercoiffure Canada America reinvents its live Fall Atelier into the 2020 Fall Gathering, continuing to deliver premium artistic education but now opening it up to all beauty professionals.

Style Your Mask and Face Covering with These Accessories

A practical and fashionable solution to keep your face mask close and cute.

Best-selling author Josh Linkner shares reinvention strategies through creativity, while Kecia Steelman talks about how those strategies have been at play within Ulta Beauty.

The program is designed to support professional salons and hairstylists navigate what will be a “new normal” through encouraging and motivational tools, and education from their favorite artists.