(This is a version of an excerpt from an article published in the Healthy Hairdresser section of the September 2014 issue of MODERN SALON.)

Patrick McIvor is grateful to have found a creative career.

“I have bipolar mania,” says McIvor, artistic and techniculture director for Goldwell. Essentially, he’s “on fire” all of the time, with his mind darting in multiple directions.

“Becoming a hairdresser helped me,” he explains. “Every half hour I have a new guest in my chair. Every hair color correction challenges me to come up with a way to create beauty. If I feel like breaking into song, I can do that—at the salon, people will join in and start singing, too!”

Now 48, McIvor used to think he had Attention Deficit Disorder (ADD)—he was thrown out of school in third grade because he couldn’t sit still—until one day his wife let him in on a little secret: his parents knew that he was manic bipolar but never told him. Armed with this information, McIvor took a fresh look at his life and consulted a psychologist. One thing he decided, against his psychologist’s advice, was not to medicate his condition.

“If I medicated, I thought I would lose the opportunities that my mind gives me,” he notes. “I would be ‘even’ and unable to do what I do on stage When someone asks me a question, my mind jumps in so many directions that I come up with ideas others don’t think of. For me, the biggest mistake would be trying to be ‘normal.’”

Among the many mental health professionals and lay people he spoke to was a performance psychologist who works with elite athletes and taught McIvor strategies for quieting the chaos by choosing a few thoughts to focus on. He now uses these skills to manage his travel schedule of up to 260 days. His habits at home and on the road include:

While McIvor deals with only bipolar’s upswing, he recognizes the dangers lurking in the salon for stylists who experience severe downs. Unlike writers, painters and composers who pursue the creative process alone in a studio, hairdressers work on people. “How much stress do we take on from our guests?” asks McIvor. “We keep their troubles in our thoughts and, with social networking, that becomes 24/7.”

A successful salon owner with a sunny disposition, Cindy Monten thought she had escaped the depression that plagued her dysfunctional family. It wasn’t until menopause that she began to have anxiety attacks that she attributed to the understandable stress of selling her salon. But by fall 2008, she could no longer stay in denial.

“I wasn’t functioning,” she recalls. “I’d shut everyone out of my life, and I ended up in the hospital.”

During the four years that followed, Monten’s search for answers took her through a revolving door of psychiatrists’ offices and medications that made her worse. Originally diagnosed with bipolar disorder, Monten delved into the topic and concluded that her hormones were out of balance. She had that corrected and followed up with acupuncture, yoga, exercise and a three-day Lomi Lomi healing journey, which she described in her 2013 book, The Birth of Wonderment. She seemed to have recovered. But after a missed business opportunity and a move from Arizona to Minnesota, everything once more fell apart.

“Again, I couldn’t function, couldn’t have a conversation,” Monten says. “I slept up to 18 hours a day. I lost 30 pounds. Depression makes you feel like a complete loser; you don’t want people around you because you don’t even want to be around yourself. I’d always been the one to say, ‘Pull yourself up by your bootstraps,’ but now I couldn’t even find my boots. And I’d been refused for mental health coverage, so at this time I had none.”

She had to draw from deep inside herself. From her reading she noticed something, she says: “the symptoms for bipolar and for being an adult child of a dysfunctional home are almost identical. And I thought I’d solved the problem by finding the chemical balance, so now I didn’t know what was going on with me.”

She started by forcing herself to walk outside, do some meditation and go back to yoga. Today she’s doing well, but she still isn’t sure that any one diagnosis fits her. Along with her chemical imbalance, there’s some post-traumatic stress syndrome from the combination of a rocky childhood, losing her husband to cancer when her daughter was just four years old and, more recently, losing her younger sister in car accident.

“I don’t think it’s simple,” Monten says now. “I need some medication, and I need physical exercise. I need people. I became a reiki master and learned to do reiki on myself to keep my chakras balanced. I drink no coffee and very little alcohol. I eat healthful foods.”

The salon community also been there for her. “The beauty industry does not chew you up and spit you out,” Monten says. “Many of the friends who have stuck with me are in the industry. SALON TODAY Stacey Soble has been very helpful to me. When I shut down, even hairdressers I didn’t know well would message me on Facebook to tell me they missed the artwork I’d been posting. People in this industry stay connected to each other.”

She intends to continue working as a salon professional, just on a smaller scale. “I want to be creative and be of service,” Monten says. “That’s where I shine, and that’s what I love.” 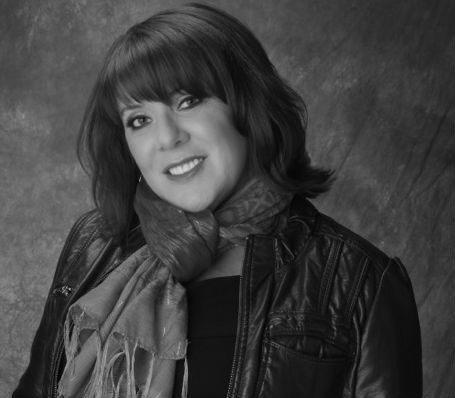 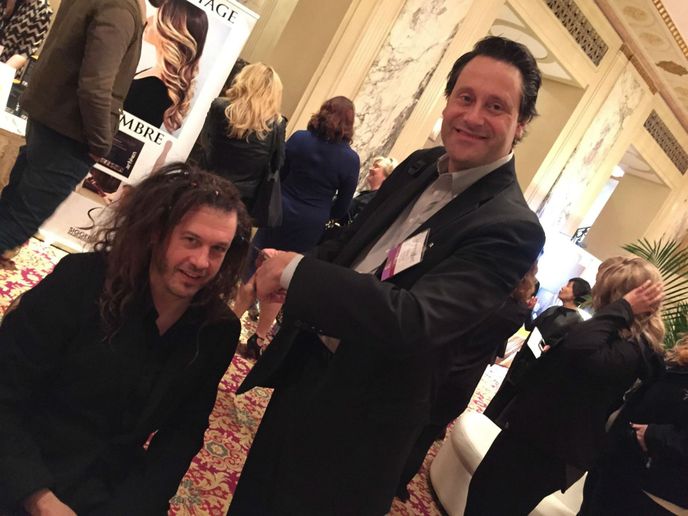