This month, Denman awarded medals to their salon sales representative groups and customers in appreciation of their outstanding support over the past year.

The medal was created by Natasha Ratcliffe who designed two of the 2012 Olympic Games’ 50 pence pieces for the Royal Mint in the United Kingdom. The front of the commemorative medal is an interpretation of the ‘Face of Denman," Zoe Rainey, and the reverse shows hair transformed into waves. From these waves flows the gateway to America surrounded by the stars and stripes of the American flag. The years--1989 and 2014--signify the 25 years of Denman Inc. in Medford, MA.

Denman presented The Kirschner Group with an award for Rep Group of the Year 2014. At the awards presentation, Denman’s Chairman John Rainey MBE, presented to Jane Caris,  President, The Kirschner Group, Inc. “We are proud of the accomplishments of our sales team and thankful to Denman for their recognition of our efforts," Caris says. "Denman is a quality organization and one of the strongest brands in our industry.  We are honored to call them our partner.” 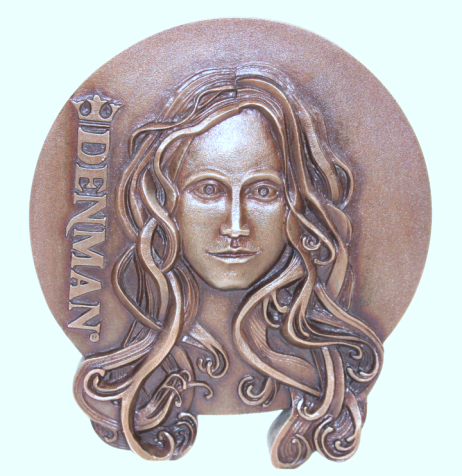