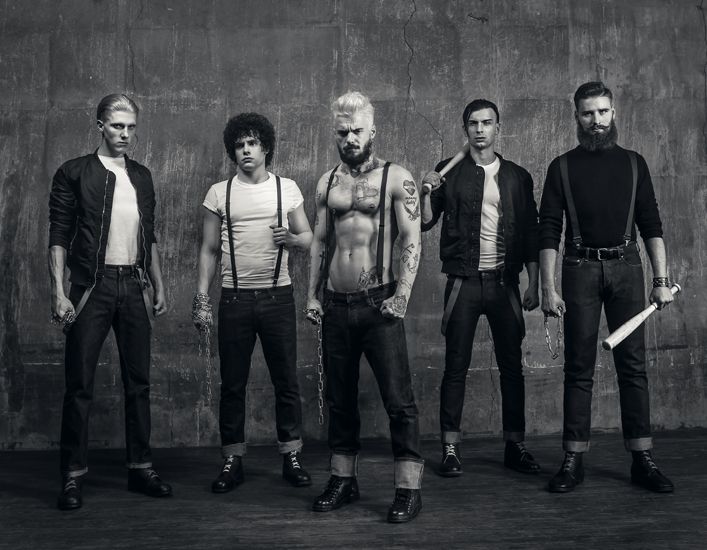 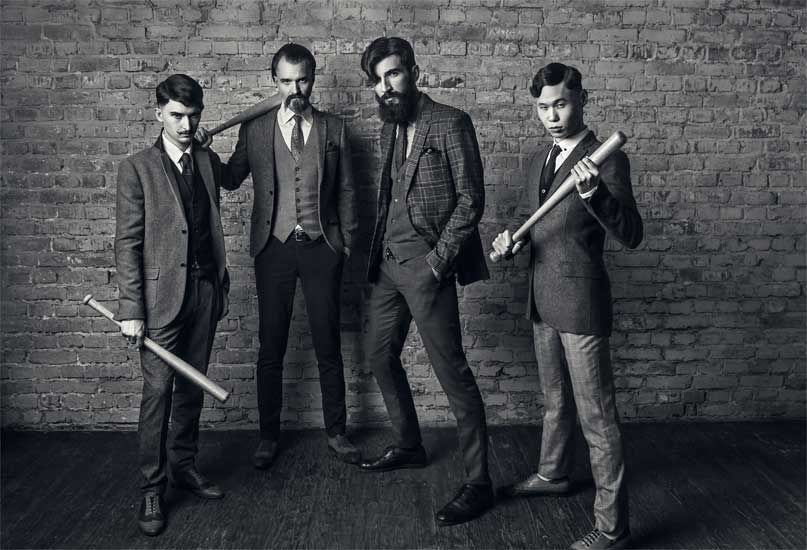 The Peaky Blinders fashioned after the 19th-century British gang. 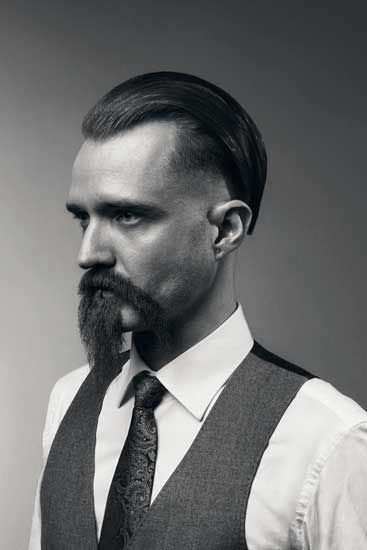 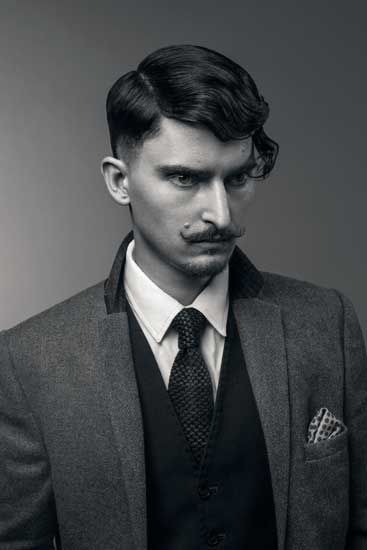 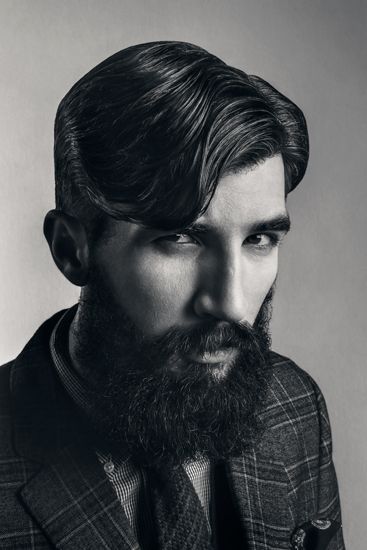 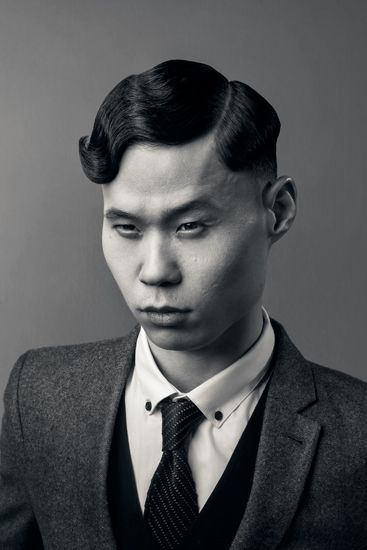 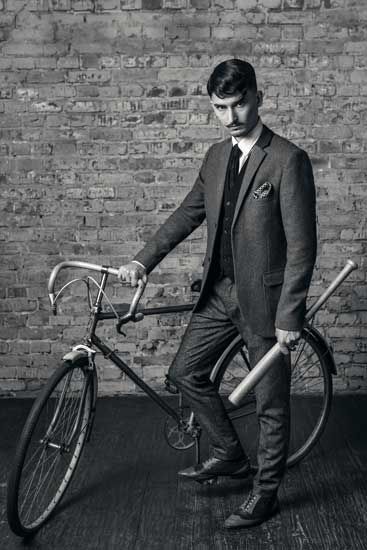 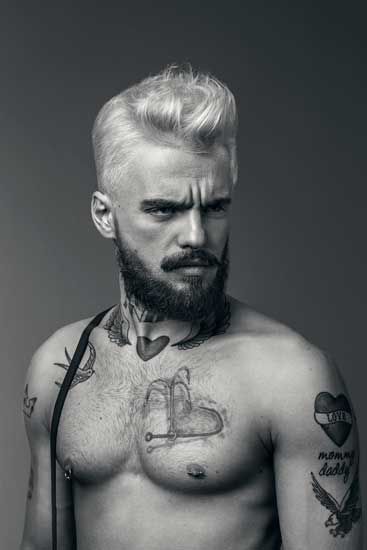 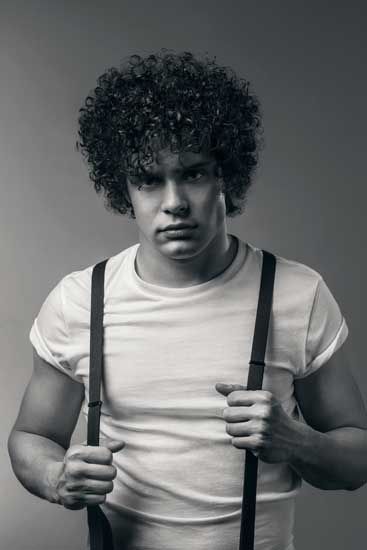 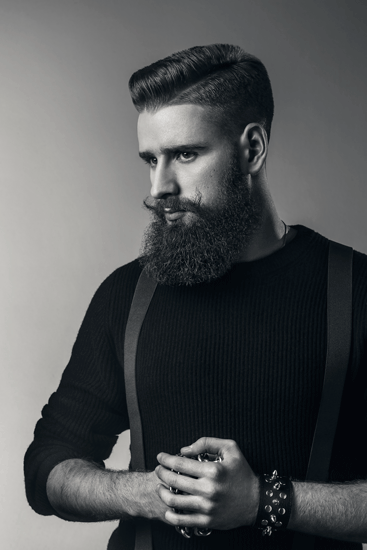 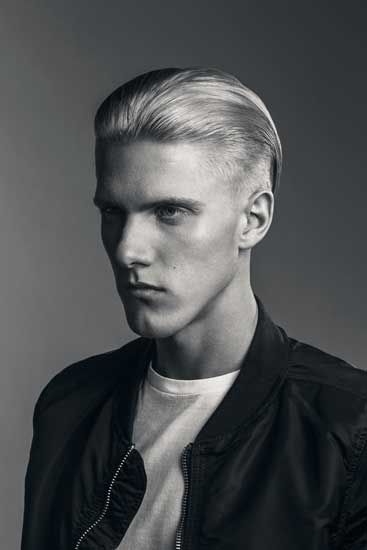 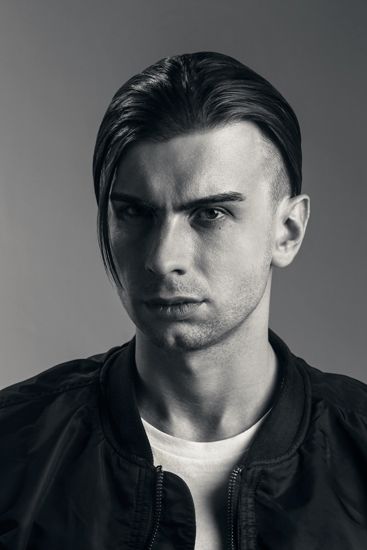 2/12
Slider
The Peaky Blinders fashioned after the 19th-century British gang.

The Gangland collection from England’s Sid Sottung Academy isn’t for the faint of heart.

Founder Sid Sottung pulls inspiration from two hard-edged European street gangs in the 19th and 20th centuries. The well-dressed dandies are representative of the English Peaky Blinders gang. The 19th-century group’s name “is said to stem from the practice of stitching razor blades to their hats,” Sottung says.

The suspender-clad gentlemen who look a little rougher are the Parisian Red Warriors, who “opposed what they saw as the rise of fascism in urban areas during the 1980s,” Sottung says. Both groups are very identifiable from their attire and hair, and the black-and-white imagery gives the collection added grit.