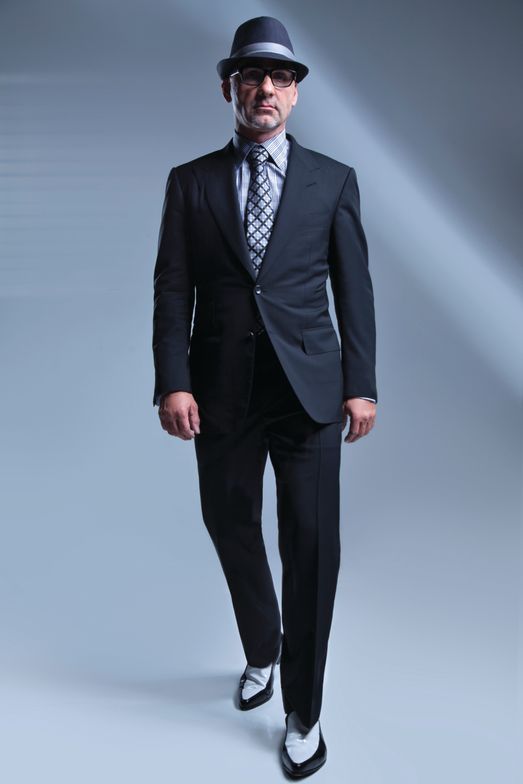 MY MENTOR: Aveda founder Horst Rechelbacher WHEN NOT DOING HAIR: I love to go kayaking, mountain biking and be with my children. FAVORITE LOOK I EVER CREATED: A shoot in the desert called the Joshua Tree Collection. I AM MOST PROUD: Of creating a career path for people and the longevity of the sta at Van Michael Salons. We have more than 90 people in the company with 10 years or more of tenure, and 20 with 20-plus years.
1/5
View all

1/5
Slider
MY MENTOR: Aveda founder Horst Rechelbacher WHEN NOT DOING HAIR: I love to go kayaking, mountain biking and be with my children. FAVORITE LOOK I EVER CREATED: A shoot in the desert called the Joshua Tree Collection. I AM MOST PROUD: Of creating a career path for people and the longevity of the sta at Van Michael Salons. We have more than 90 people in the company with 10 years or more of tenure, and 20 with 20-plus years.
2/5
Slider
3/5
Slider
4/5
Slider
5/5
Slider

Mastering the craft of hairdressing and owning a thriving business is only part of Van Council’s success story. The salon owner, just named the new fashion director of Intercoiffure America/Canada, has also been a lifelong competitor.

In 1975, high-school junior Van Council went to see Shampoo, the blockbuster movie about a Beverly Hills superstar hairdresser. The fi lm immediately resonated with the 16-year-old. As the fi nal credits rolled, the Cartersville, Georgia, native knew right then that he wanted to be in the salon world.

“I was done with books and homework—I wanted a different path,” Council says. “The whole hair business looked fun and, of course, I wanted to meet women!”

Although his motives weren’t necessarily pure, Council learned he actually liked doing hair once he hit the floor in beauty school.

“Throughout high school, I played football, baseball, basketball and boxed,” Council says. “I was raised to be a competitor, and I brought that to hair.”

Council worked in a variety of salons around Atlanta for nine years prior to opening his own salon with his brother, Michael, who became a hairdresser after watching the success of his big brother. The Van Michael Salon, an Aveda Concept salon, became the go-to beauty establishment in the city and grew from six chairs to 25 in just six months. Today there are seven Atlanta-area Van Michael Salons with more than 380 employees and 100,000 clients.

Doing hair and growing a business became only part of the Council success story. He brought his competitive spirit to the salon world and has won multiple awards including NAHA’s North American Hairstylist of the Year, Avant Garde and Makeover Stylist.

As a master on the Aveda Global Team, Council travels the world to teach and speak on best business practices. His presentations at the Aveda Congress symposiums are frequently delivered to standing-room-only crowds.

Most recently, Council was appointed the new Fashion Director of Intercoiffure America/Canada (ICA).

“I’m hoping to bring fresh looks, fresh hair and fresh people into the organization,” Council says. “It’s easy to get so caught up in the business and the numbers. I want us to get back to the art and remember why we started in the first place.”

Council and team just shot their first collection to be shown at the ICA Atelier in New York City this month.

It’s been more than 40 years since Council first saw Shampoo, and the good news is that he doesn’t show any signs of slowing down. He’s playing to win and taking us along for the ride.