The world’s toughest hair, makeup and nail art competition – “Global Beauty Masters” – premieres its second season, hosted by Nicole Murphy, Thursday, March 17, 2016 at 6 p.m. EST/PST, 5 p.m. CST/MST on TLC. Stars, contestants, and judges from the world of beauty join this dynamic reality competition, which features salon teams from America and around the globe battling it out in a number of intense challenges at Las Vegas’ Westgate Hotel and Resort.

“Global Beauty Masters” offers viewers an insider’s perspective on the creative process during battle week, where beauty pros work together in teams. Enduring a week of rigorous competition, they must improvise, innovate and impress to reach the ultimate showdown, a final battle presented before a live audience. 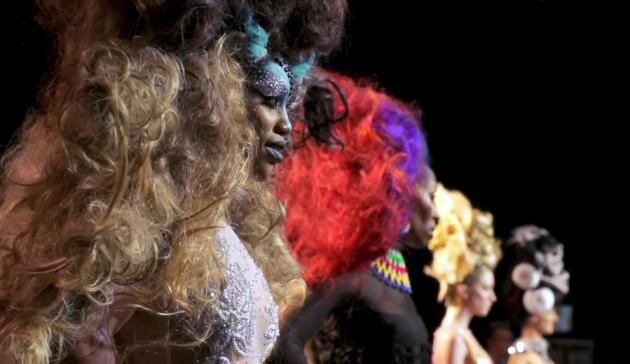 The epic challenges, over-the-top egos and tumultuous teamwork will be judged by world-renowned beauty experts.

Written and directed by multiple Emmy nominee Jim Milio and produced by his award-winning team including executive producer Jeanette B. Milio and producers Glenn Kirschbaum, Jesse Combs and Schlonda McCarthan, the series captures artistry, passion and truly compelling characters both in front of and behind the camera.

“Rarely is there an opportunity to witness such moving stories of real people revealing their true character, demonstrating mastery and magic on screen and sharing amazing beauty secrets to boot. It’s an honor to be working with the ‘Global Beauty Masters’ competition teams from around the world,” says Jim Milio.

“We're so pleased to have 'Global Beauty Masters' on TLC,” says David Melia, TLC's vice president of programming. “This is a fascinating world that our viewers will be excited to explore.”