"When my client first came to me, she had virgin, level-4 hair," says Meli Clark (@melerinaa) of Hard as Nails Salon and Boutique in Lockeford, California. "I balayaged it with 30 volume + Guy Tang lightener and about a week later she wanted blue! So I just put Pravana neon blue + neon green + locked in blue over the ombré I had previously done."

Three weeks later, the client returned and told Clark she needed the blue out before a family gathering because her "great-aunt would FREAK" if she saw her with blue hair.

Here Clark shares how she switched it up to a beautiful balayaged blonde, with just a hint of blue at the ends:

STEP 2: Tone using Kenra SV Rapid Toner. "It came out to a beautiful blonde with the slightest minty tone through the ends."

STEP 4: Process for 40 minutes. Then apply Olaplex 2 at the bowl for 10 minutes. 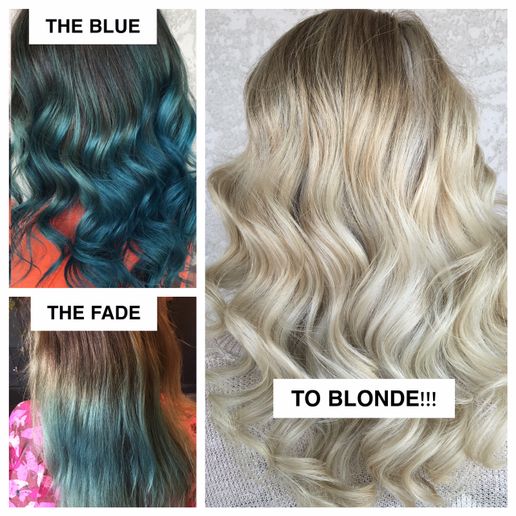 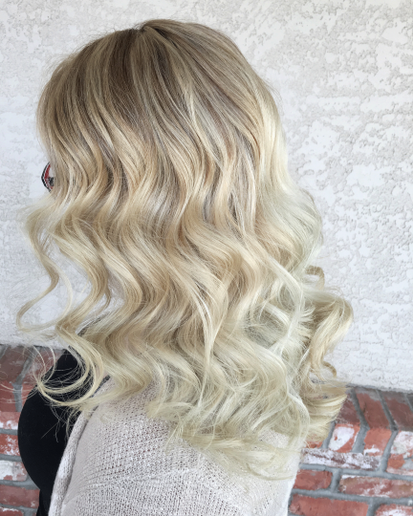