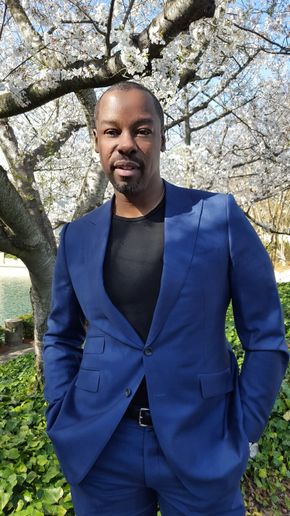 His work has appeared in publications such as Vogue, Harper’s Bazaar, Elle, Marie Claire, Vanity Fair, People StyleWatch, W, Allure and of course MODERN SALON. An influencer and presence at New York Fashion Week, Gibson directs the looks for some of the top American fashion designer labels including Pamella Roland, Carmen Marc Valvo and Lela Rose.

Most recently, he launched his own line of five styling products called Starring.

BORN AND RAISED: Born in North Carolina, raised all over the world.

WOULD LOVE TO MAKEOVER: I do it every day, It's my life.

MOST PEOPLE WOULD BE SURPRISED THAT I: Played football and wanted to play for the Dallas Cowboys.

THE BEST PART OF MY JOB IS: Creating the best life imaginable, salons, editorial product developer, celebrities, fashion shows and $1,500 haircuts with a beauty school license.

THE TOUGHEST PART OF MY JOB IS: Taking time off.

THE BEST PIECE OF ADVICE I EVER RECEIVED: Know your worth.

MY FAVORITE VACATION WAS TO: The South of France with Jason Backe

EVERY BEAUTY PROFESSIONAL SHOULD:  Find a mentor.

MY SECRET WEAPON: STARRING Fixed On You finishing spray.

MY CAUSE: Mentoring the next generation of hairdressers.

MY GOAL AS A PROFESSIONAL IS: Building a successful brand.

THE COOLEST LOOK I EVER CREATED WAS: On Angelina Jolie for the Shark Tale premiere.

I BECAME A HAIRDRESSER BECAUSE: A good friend told me I would be good at it.

MY MOTTO:  Intention is intention, love yourself!