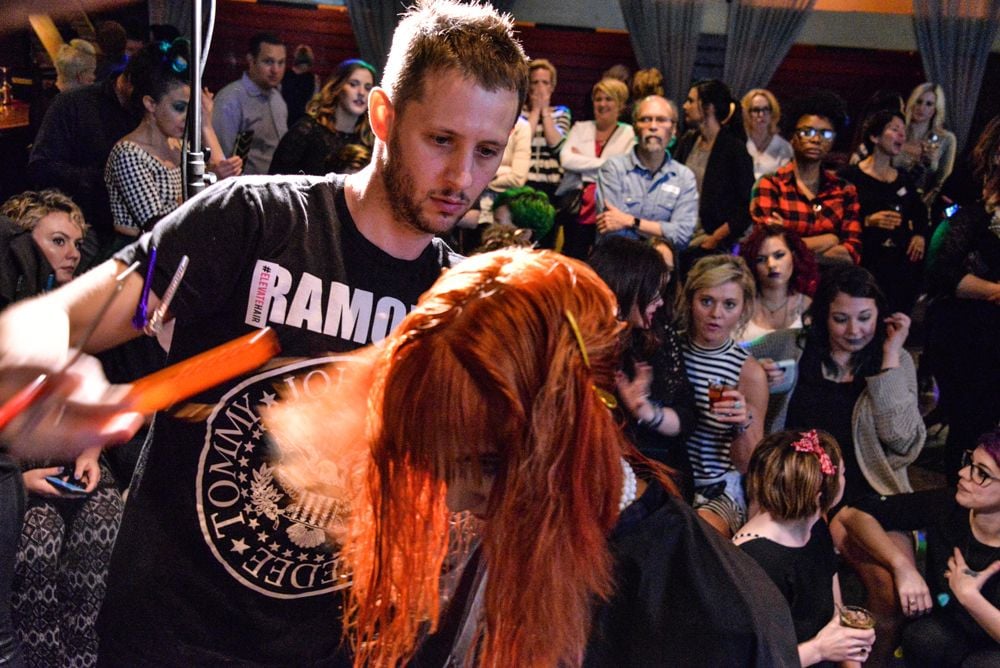 Tatum Neill and model on stage at an Elevate event in Nashville. 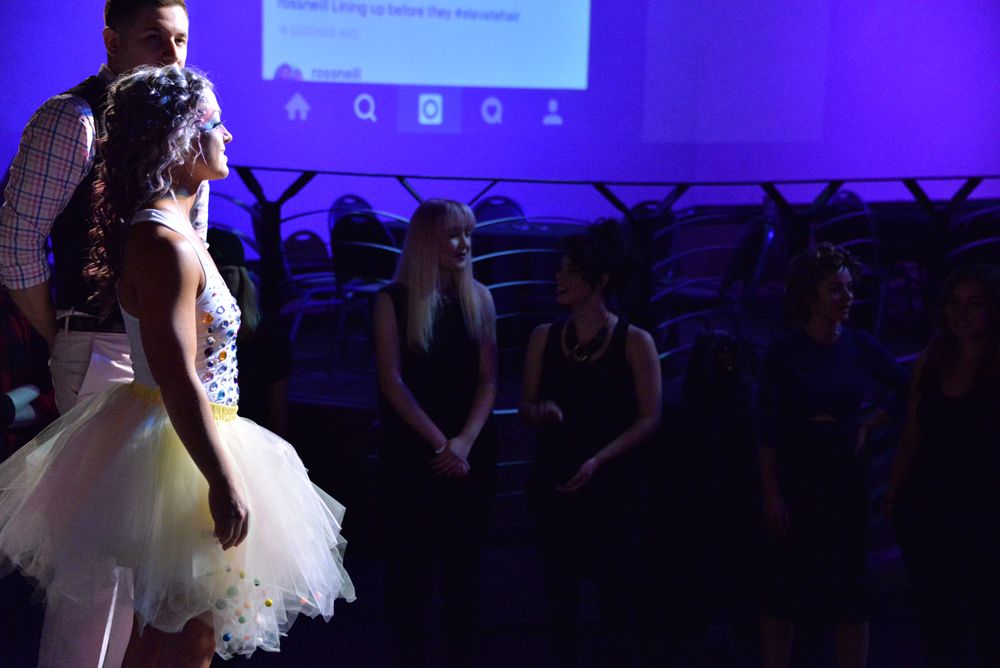 A finished model at Elevate in Oklahoma.
A live DJ keeps the energy high at an Elevate event.
1/3
View all

1/3
Slider
Tatum Neill and model on stage at an Elevate event in Nashville.

2/3
Slider
A finished model at Elevate in Oklahoma.
3/3
Slider
A live DJ keeps the energy high at an Elevate event.

The coolest hair show in the country is one you probably haven’t heard of yet. It’s location changes with every new event, no traditional marketing is used to advertise it, and it’s not affiliated with any manufacturers.

There are no sponsors, no product commercials, just talented hairdressers demonstrating their skills in cities all over the country to any stylist who wants to come watch, no matter what size salon they work in.

“There’s a big trend right now of people reaching out and creating communities,” Neill says. “I was inspired by the Hairbrained network and what they are doing to connect hairdressers.”

Neill was also intrigued by the concept of artists from different companies and salons on stage together. “Normally that’s not allowed,” he says. “But the message behind Elevate is that it’s the craft that unites us.”

He adds, “It’s an opportunity to have a community and a common cause for hairdressers to get behind. But we must have a venue.”

Bringing an Idea to Life

So far, Elevate events have been held in Dallas, Houston, Nashville and Oklahoma City. On July 10, one will take place in New Orleans, Neill’s home turf.

“We have our system down now,” Neill says. “We go into a market and partner with local artists from a variety of different salon groups—not necessarily just ones that are affiliated with a manufacturer.”

Neill tries to create a nice blend of salons so all different segments of the hair community will attend.

“At an Aveda Master Jam or Paul Mitchell Gathering, for example, it’s the same community,” he says. “Elevate allows different salons to come in and work with us to help diversify the crowd.”

The next step is bringing in headliners who build excitement, boost attendance, and also teach a class the next day.

“We’ve had artists like Gerard Scarpaci and DJ Riggs, for example,” Neill says.

Neill finds a local bar or venue to partner up with and sometimes DJs the Elevate events himself.

“We try to partner with bars that will donate the venue in exchange for a guaranteed head count,” he explains.

The artists donate their time and a typical turnout is 100-150 people. And the whole point is for everyone to have fun. Neill tells the artists to go have a drink before they go on stage and just enjoy the vibe.

“We never want more than 300 people,” Neill says. “Then it loses its intimacy. It’s like seeing a small band—this event is too raw to go in front of thousands of people.”

“It’s a fun vibe and very physical with the close relationship of the audience to the hair stylist and the music,” he says.

“The artists don’t speak during their time onstage. They just listen to the music and let their creativity flow through the model,” Neill adds.

Neill was inspired to eliminate the speaking portion of the demonstration one day in the salon when he had a new mix he wanted to listen to.

“I told everyone, ‘Let’s just listen to this and not talk for an hour.’ It was the best demo I’ve ever done—not talking frees up the mind for creativity.”

However, the Elevate audiences are encouraged to be interactive. They can ask questions, and even get on the stage to take photos.

The day after Elevate, a class is held with the headliner in a more traditional format. The cost of the class varies from $200-$300 and the size is kept intimate—around 20 people.

The Neill family has embraced Elevate with Tatum’s brothers, Garrison and Ross Neill jumping in to help run the events.

“Garrison has been doing brand management and Ross has been photographing the events,” Neill says. “Everyone is engaged.”

So far, Elevate has stayed within the Neill Corporation’s distribution territory in the south, but Neill is starting to get requests from all over the country and has scheduled events for almost every month in 2016.

Neill promotes Elevate on social media platforms like Instagram, where he has already amassed 600 followers without any traditional marketing. And as the buzz builds after each new show, interest continues to grow, and Neill sees many possibilities.

“I would love it if Elevate could eventually happen independent of me,” he says. “It would be almost like a franchise and we could produce audio and video packages so people from all over could watch.”