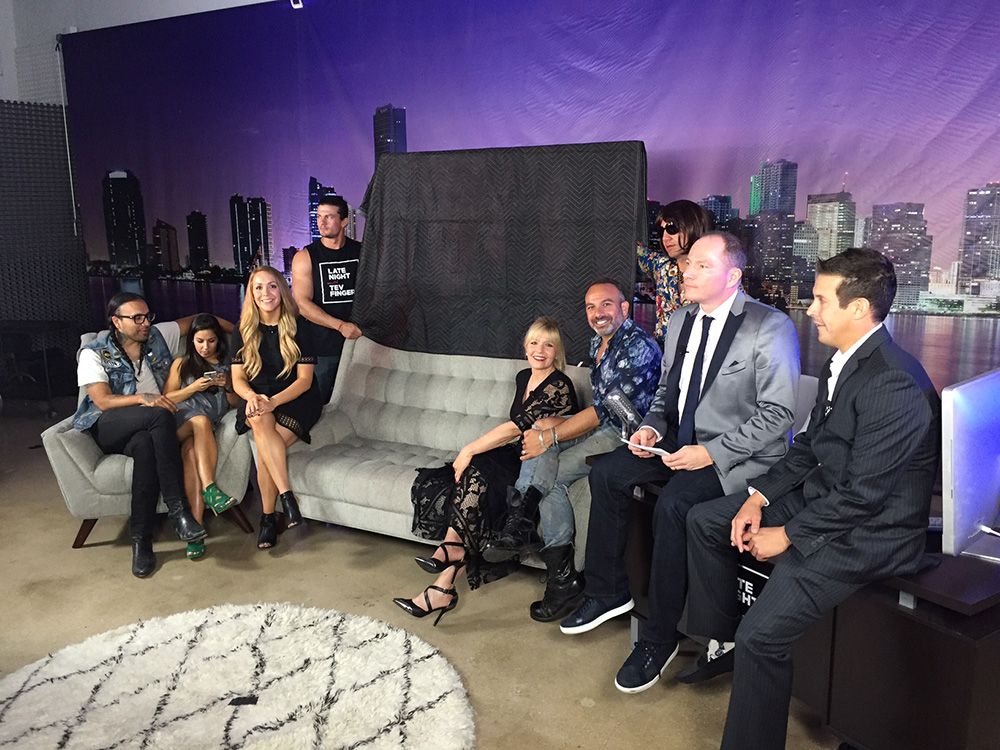 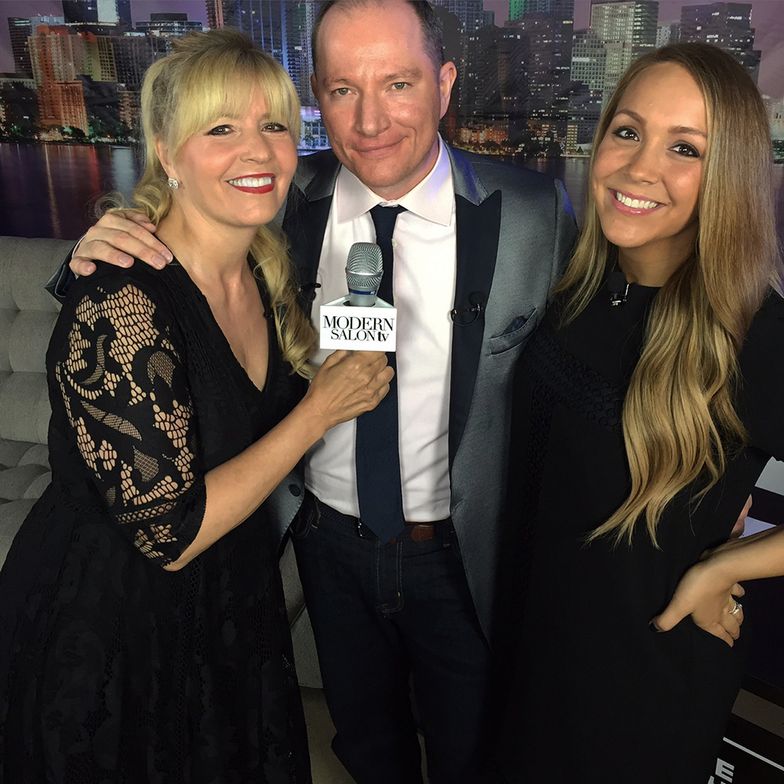 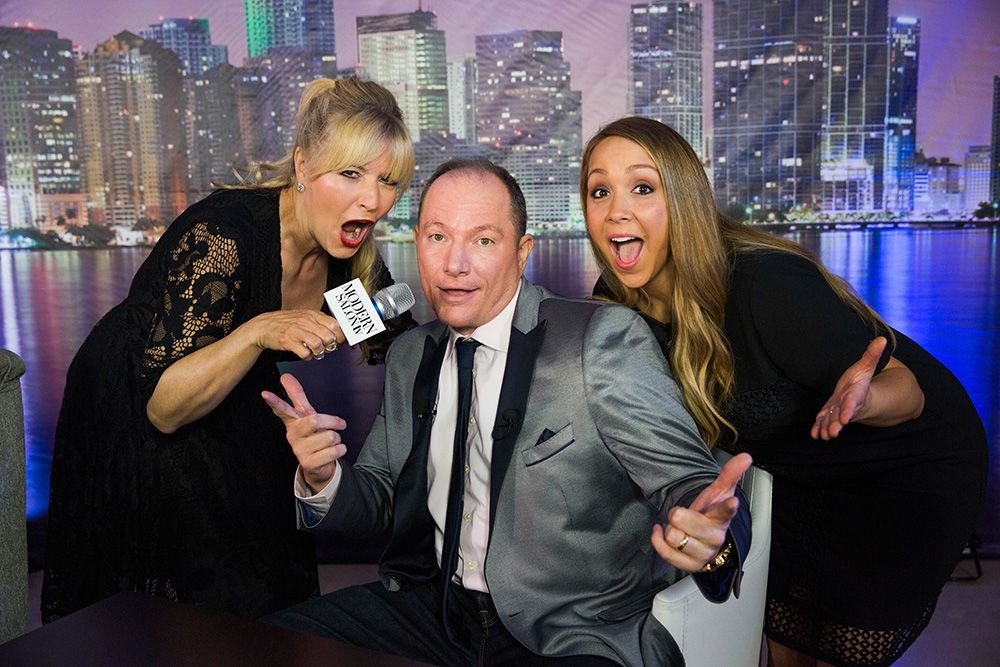 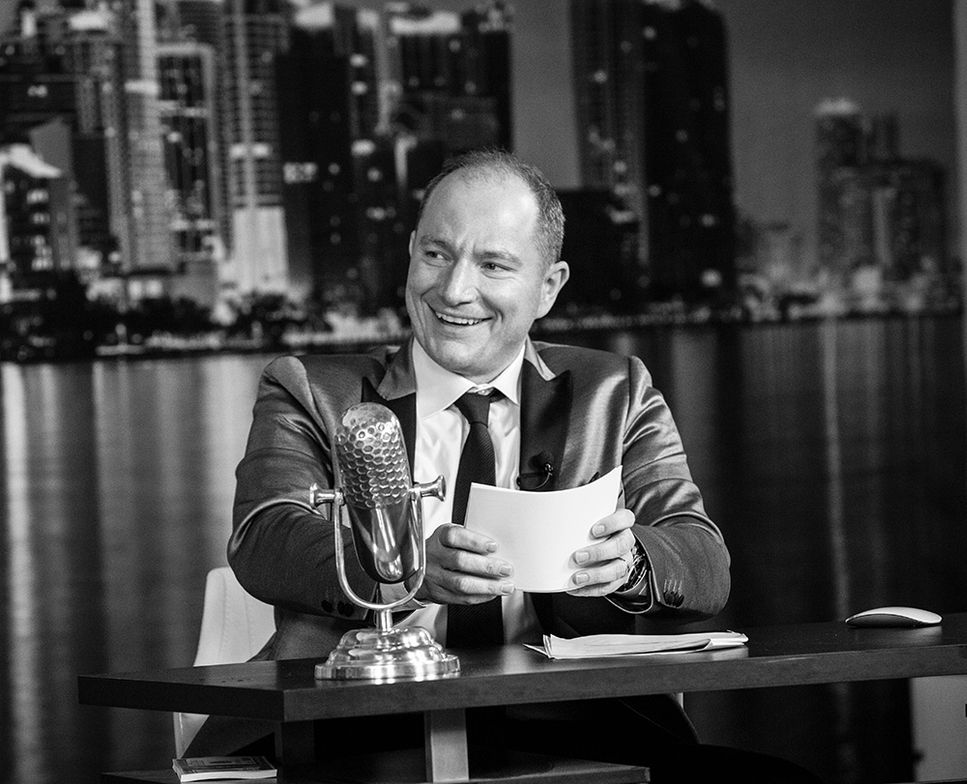 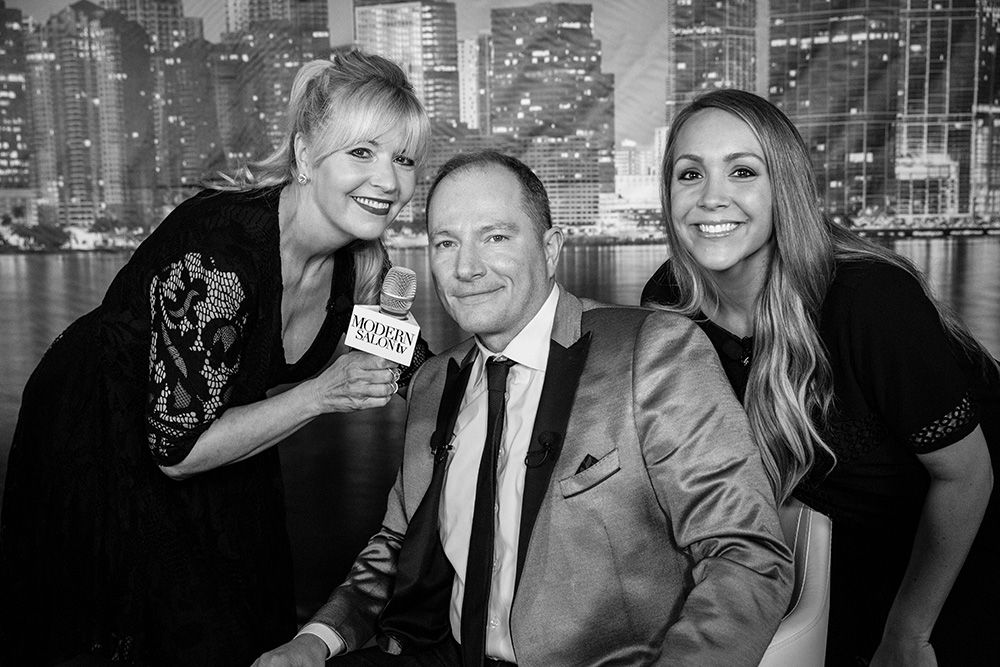 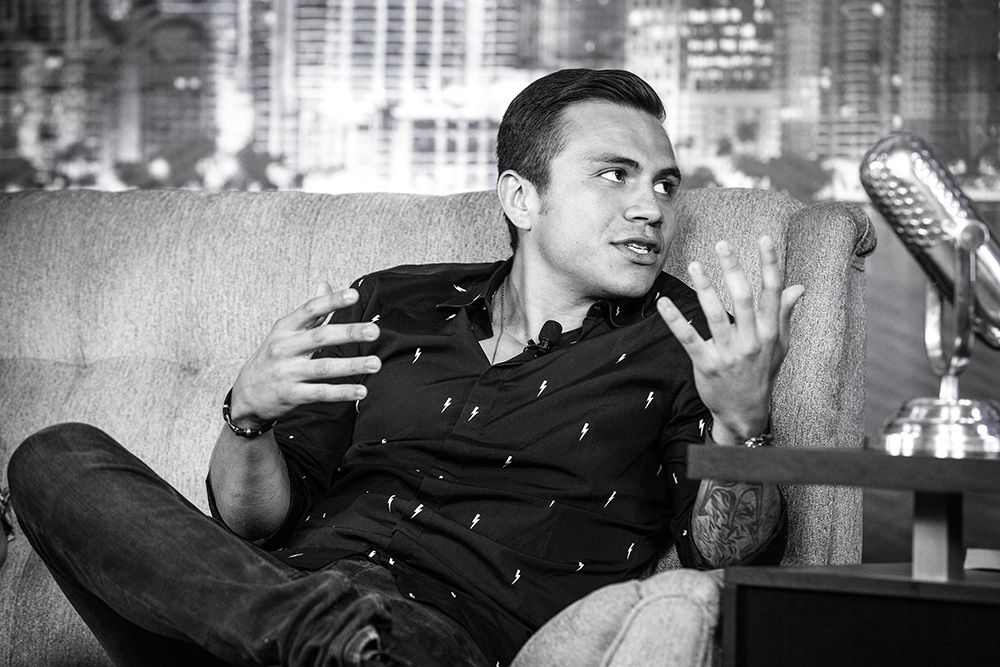 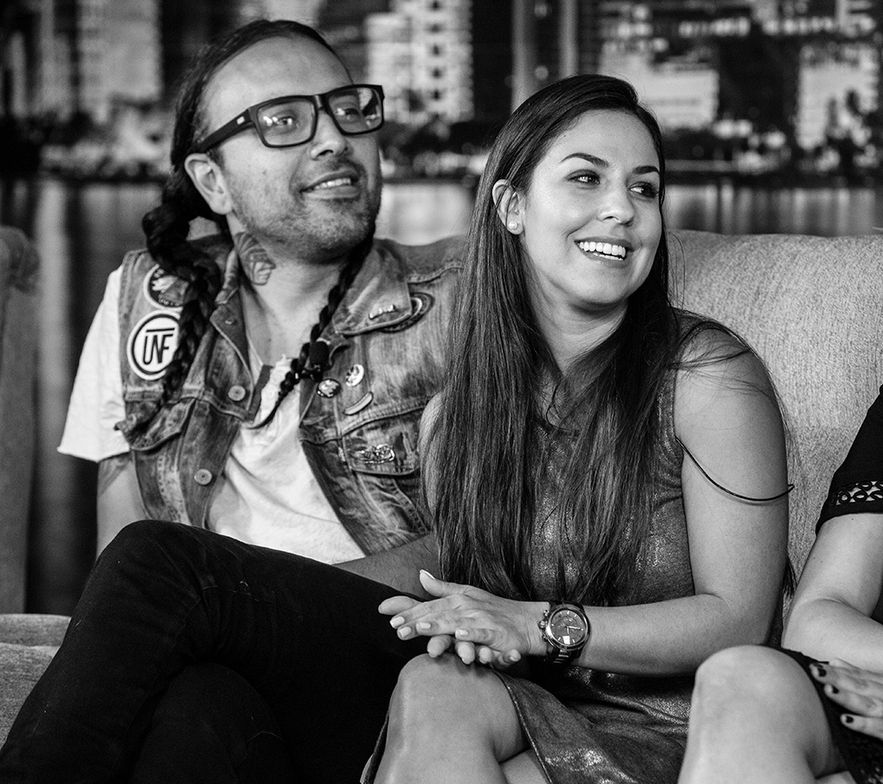 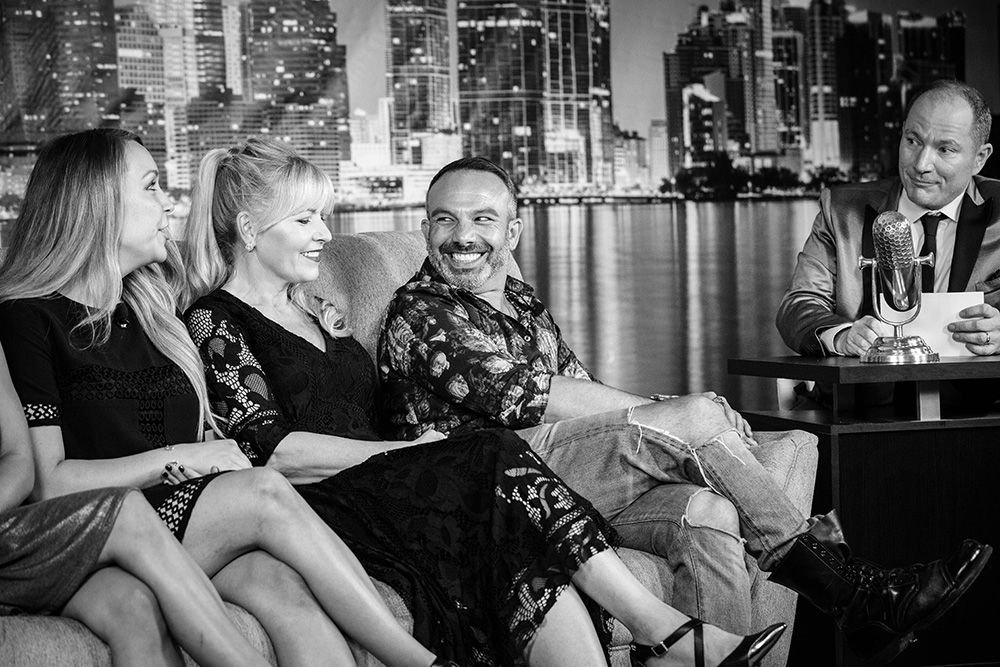 Have you watched an episode of Late Night With Tev Finger (LNWTF)? It’s the first late night-style talk show designed exclusively for the salon industry. Yes, there’s the couch, the great backdrop, the fun intro and a band (well, ok a DJ), but it also has the key element necessary for success—great content.

The show, taped in the Luxury Brand University space in the Wynwood art district of Miami, is the result of a legit team of tv/film and video experts who perfect the lighting and sound—making this quite a professional production. There is no set schedule, but a fresh online episode launches about once a month.

Guests this year have included industry legends and insiders such as Garren, John Paul DeJoria, Howard McLaren, James Pecis, Jonathon Antin, Beverly Sassoon, David Thurston of Butterfly Loft, Jenny Strebe and so many others. The show is still being tweaked and is benefiting from some hearty editing. Episode one was more than one hour long, while the most recent is just under 40 minutes.

That episode, number 8, just hit the web. This fun, interesting and informative show features some real “movers and shakers”—MODERN’s own Editor in Chief Alison Alhamed and Beauty and Fashion Director Maggie Mulhern. These two are the first-ever editors to grace the very deep and comfy LNWTF couch. While there isn’t a central theme to this episode, there is some emphasis on social media, especially Instagram. As Alhamed points out, “It used to be to get pro beauty name-drop status, not only did you have to live on the coasts, you had to have major connections. Instagram has leveled the playing field to access to client reach, industry notoriety and opportunities to collaborate.”

“It was a wild experience! I kept forgetting I was a guest on the show,” Mulhern says. “I was having so much fun watching all the ‘going’s on’ and listening and laughing at, yes at, Tev. When he asked me a question I got a little flustered because I was mesmerized by everything around me! Come on! A faux Anna Wintour? A male dancer? Money flying in the air? Tev is hysterical and a bit - and wonderfully - unfiltered. Just his opening lines had me on the floor. You MUST watch LNWTF!”

So who is this hysterical and unfiltered Tev Finger? Tevya (his real first name) Finger is CEO of Luxury Brand Partners. He began his career in the photo dark room of Bumble and bumble in 1991, worked hard and rose through the ranks to become a partner and Board Member. After selling the brand to Estee Lauder, Finger (and his former Bb partners) launched Oribe Hair Care about eight years ago. Other cutting edge brands soon followed including V76 by Vaughn, R+Co, Smith & Cult and IGK, to be built under the separate Luxury Brand Partners umbrella. Now in more than 3000 salons nationwide, the products have a presence in 23 countries throughout North America, Europe, Australia and Asia.

But apparently success in the business world is not enough for Finger who has tapped into the late night world, and has done it with style. He admits he has never done “a TV thing before” or has any acting background, but he is a natural on the set and is blessed with a great sense of humor. Not surprisingly, he has recently earned his own IMDB page!

For the MODERN team, Alhamed and Mulhern were just happy to be part of Tev-world. “We covered a lot of ground in this show, including the purpose of social media and the power of Instagram,” Alhamed says. “It was interesting to see how he was able to get in so much in such a short period of time.” Adds Mulhern. “If you haven’t seen LNWTF, you must check it out. It’s worth a binge.” Alhamed agrees.