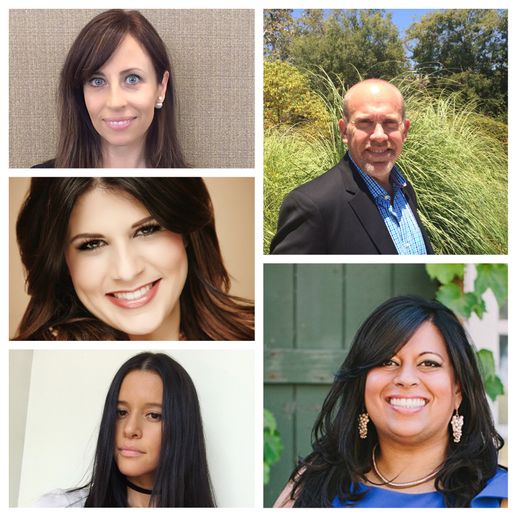 Richard Hogan joins Joico as Director of Business Development for the western U.S. region. Hogan comes to Joico with a strong industry background in sales and management. Most recently, he held the title of General Manager for 10 Armstrong McCall franchise locations in Southern California and Nevada, representing the highest volume group of stores within the franchise channel. He was responsible for overseeing all aspects of the business for the past 19 years. He also has prior experience as both a salon manager and distributor sales consultant. As Director of Business Development for the BSG West Division, Hogan will be responsible for the store and full-service business channels.

Supriya Pai joins the Joico organization as Senior Director Marketing, Hair Care. Pai  holds a BA in Economics from UC Berkeley and a MBA in Brand Management & Marketing Strategy from the University of Southern California, Marshall School of Business. She spent eight years with Procter & Gamble, beginning in the Health Care Division before moving to the Salon Professional Hair Care Group.  There, she successfully led the NIOXIN integration and re-launch through traditional and digital channels.  She was soon promoted to lead the full P&G Household portfolio of products to deliver nearly $1 Billion in national sales for Costco. Most recently, Pai has led the marketing strategy, planning and execution for Starbucks Coffee Company’s Channel Development’s largest segments – Packaged Coffee and K-Cups, across three brands: Starbucks, Seattle’s Best Coffee and Tazo.

Melisa Gill  has been promoted to Vice President, Global New Product Development. Gill joins the global team from Montreal, Quebec, where her strategic leadership of the the organization’s marketing group and her positive impact on sales and education initiatives have resulted in many successful new product launches and business expansion in the Canadian market.Gill has been with the organization since 2004, having previously held the position of Director of Marketing in Canada. She earned a BA degree with honors from Queen’s University in Kingston, Ontario, and an MBA with a marketing concentration from the Schulich School of Business, York University in Toronto, Ontario.

Christina Stein has been promoted to Marketing Manager, Hair Care. Stein earned a BA from Cal State University, and joined the Joico Marketing team as Associate Marketing Manager in October 2012.   She has developed and successfully launched a new product concept; and  in 2016, Stein will lead new wetline promotional programs.

Samantha de Castro has been promoted to Associate Digital Communications Manager. De Castro joined Zotos in August 2013 as an Assistant Communications Manager, after earning a BS in Marketing from Oakwood University in Huntsville, Alabama. During the past three years, she has managed all aspects of Joico’s daily social media in addition to creating and managing digital programs from our trade partners. De Castro is also providing insight and direction through data analysis and reporting that will shape digital and social media programs for new product launches and key messaging for Joico.