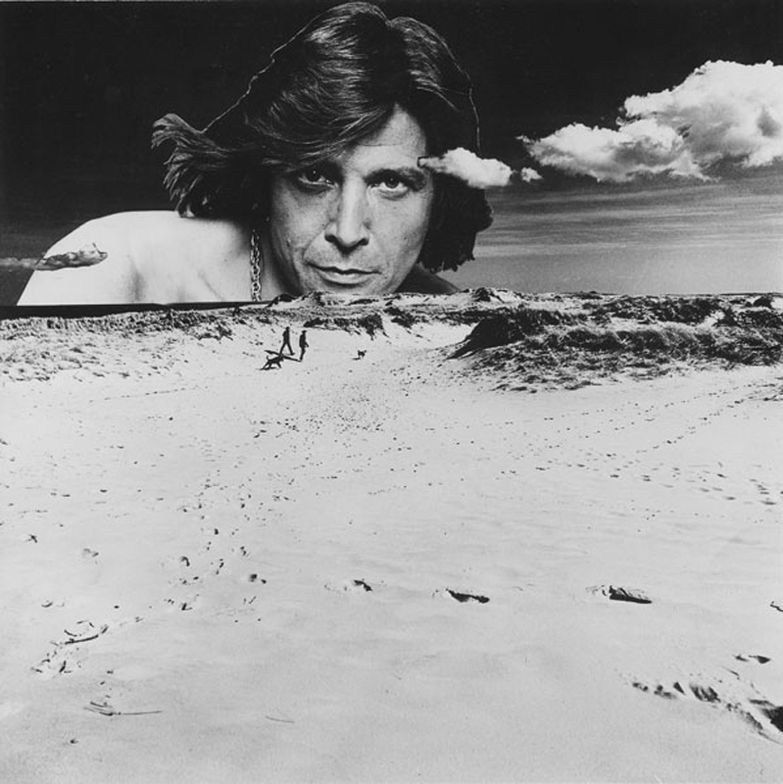 Surreal Raphael Santarossa in 1971.  Not only was he a great hairdresser, he also painted "surrealism and fantastic realism."
Photo: Klaus Lucka 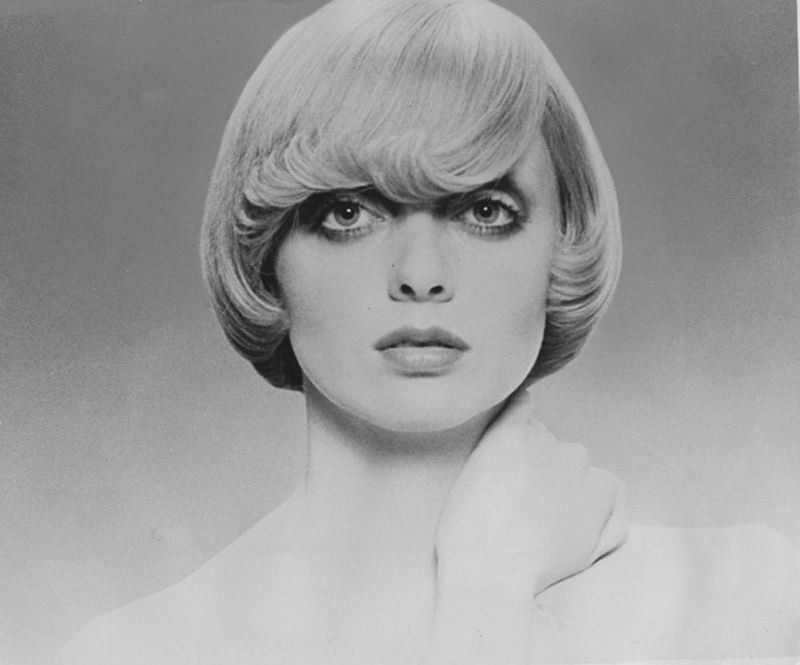 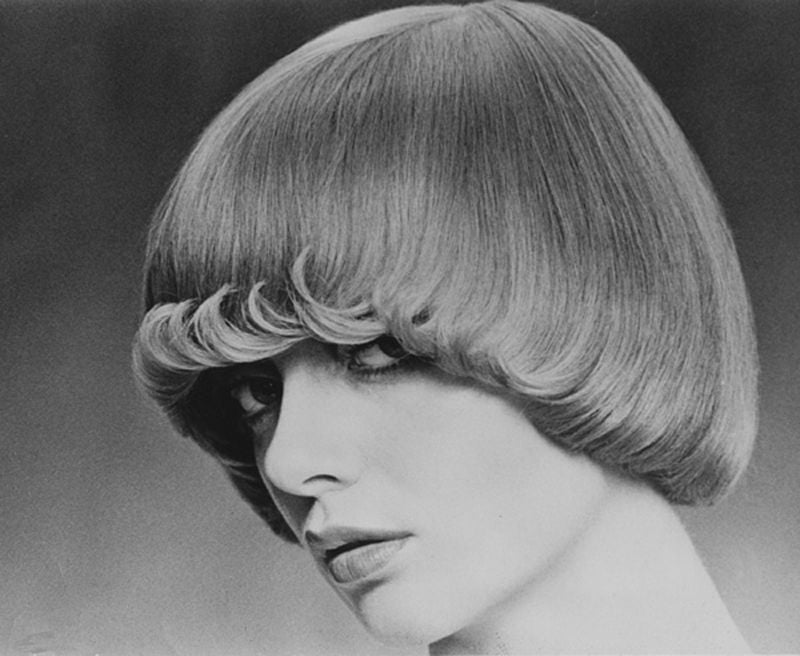 Femme Fatale with flicks flicking on the forehead, new then, when flicks only flicked at the ends of long hair.  The model had very fine hair so this shows Raphael's skill. Hair: Raphael Santarossa … Makeup: Jacques LaFleur …  Model: Judi MacDonald …Photo: Klaus Lucka 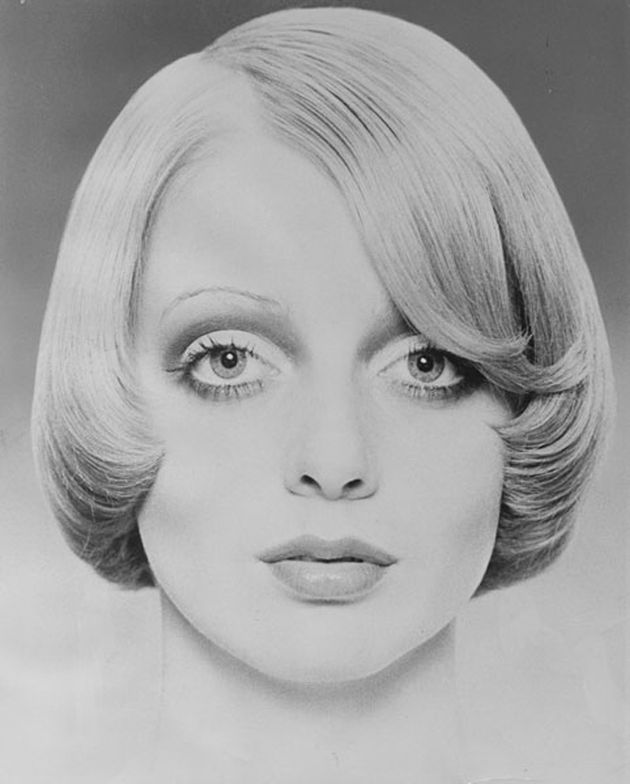 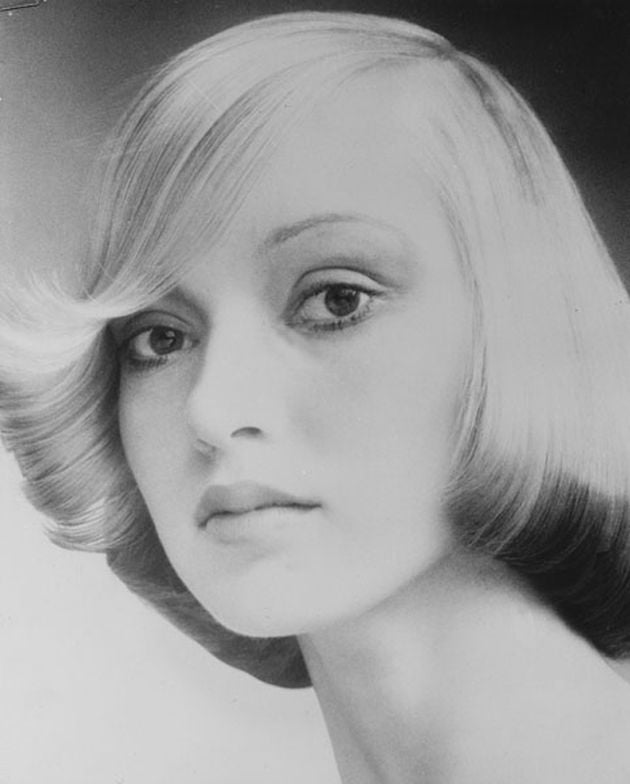 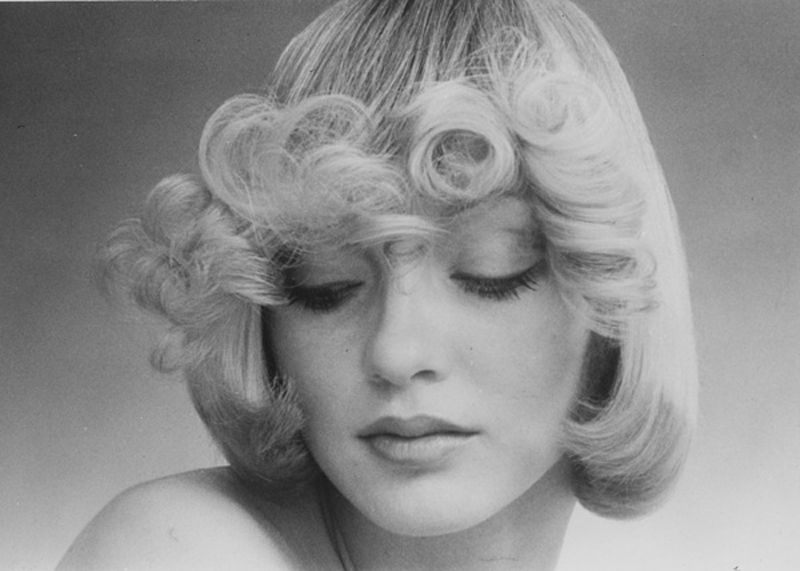 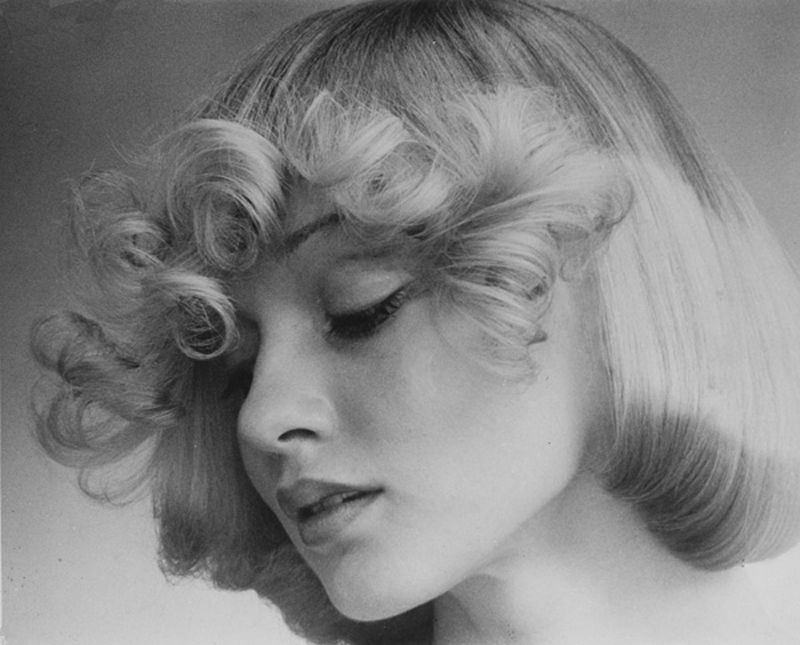 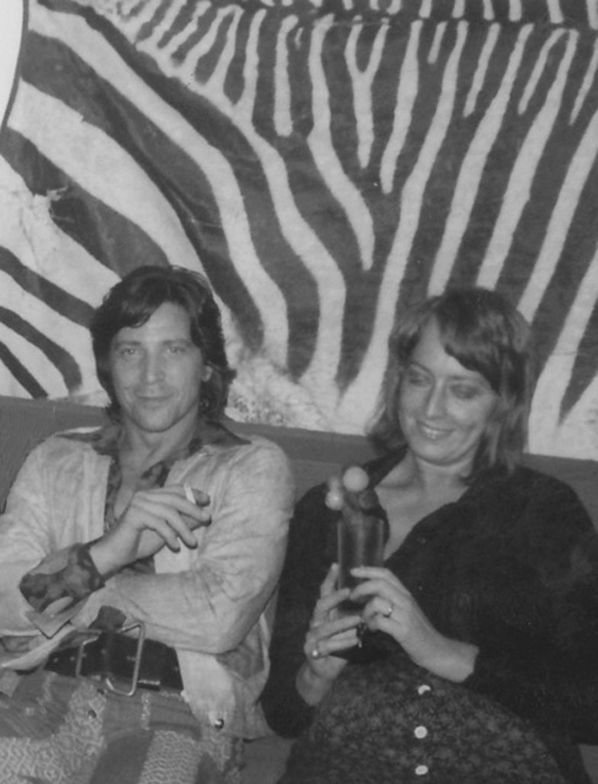 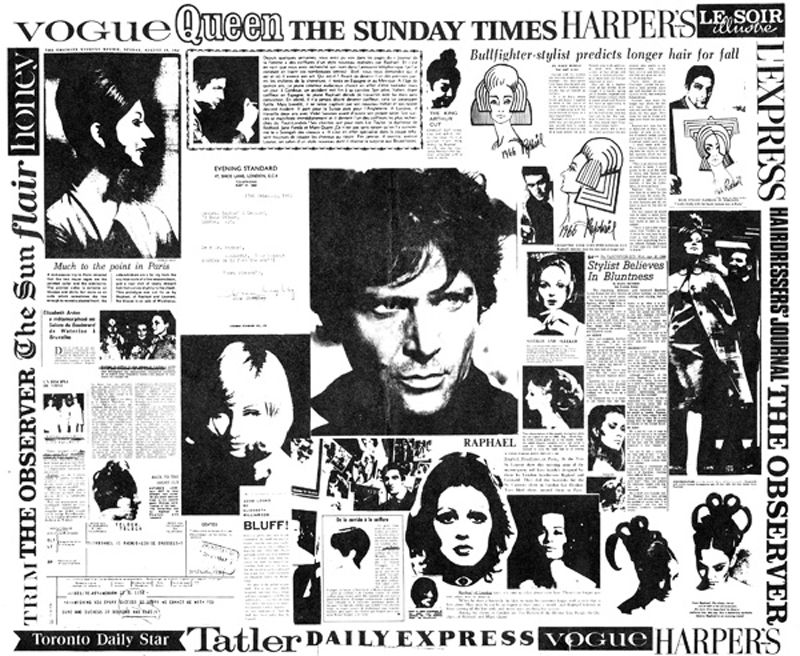 Collage of Editorials, included in the Montreal Launch Press Release showing work Raphael did in England when he was of Raphael & Leonard fame.

Raphael Super Salon logo.  It was in brown and was used not just for press purposes; it was on bags, fashions, everything. 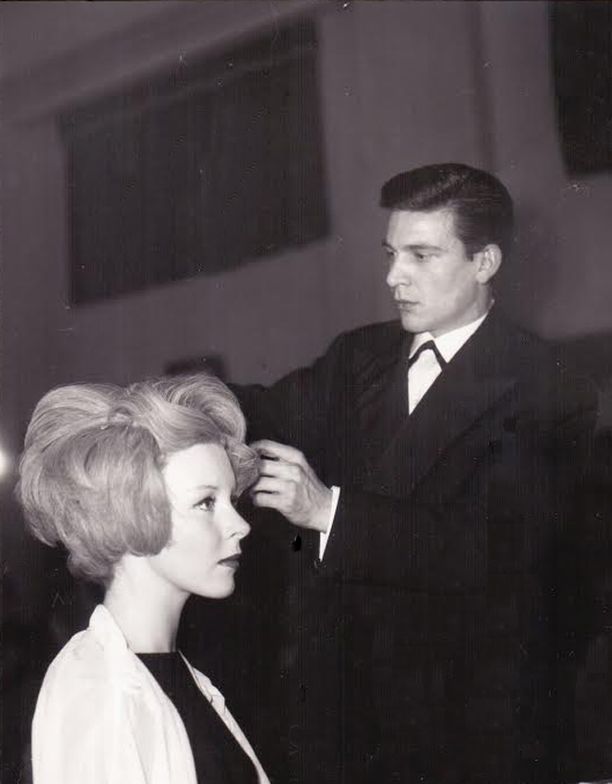 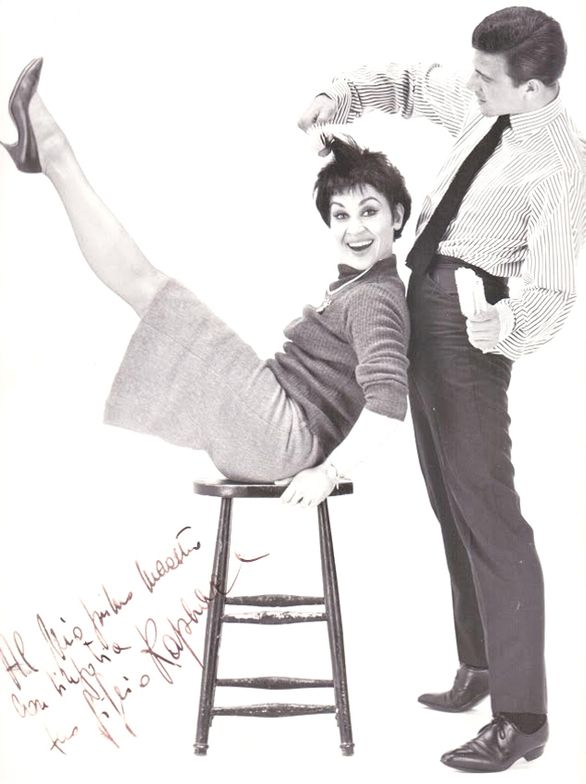 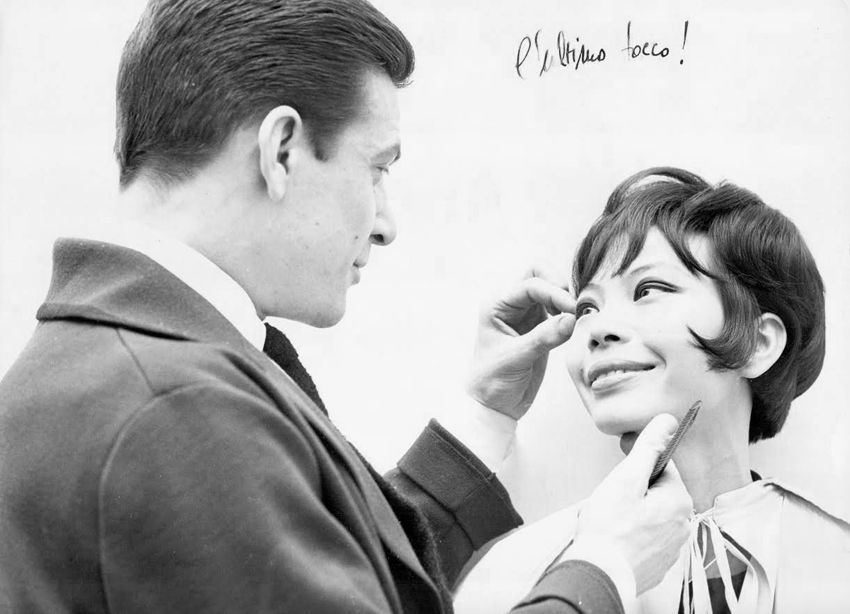 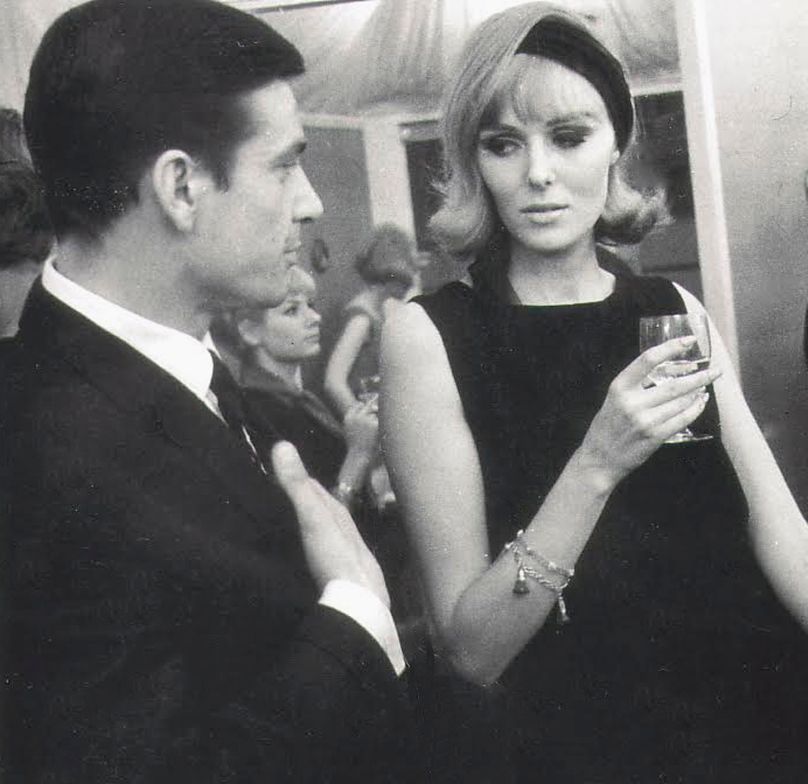 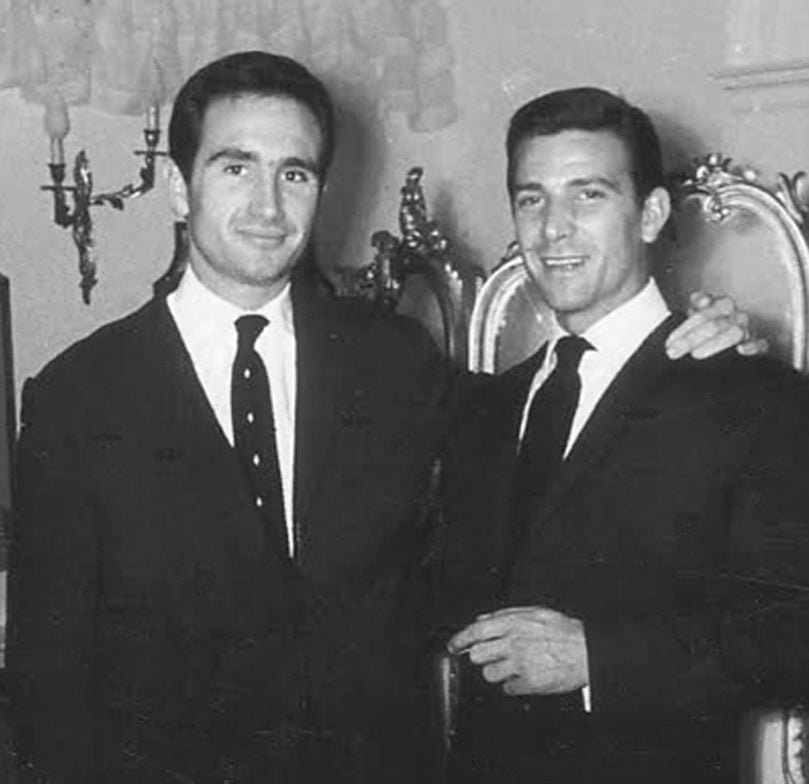 1/16
Slider
Surreal Raphael Santarossa in 1971.  Not only was he a great hairdresser, he also painted "surrealism and fantastic realism."
Photo: Klaus Lucka

Femme Fatale with flicks flicking on the forehead, new then, when flicks only flicked at the ends of long hair.  The model had very fine hair so this shows Raphael's skill. Hair: Raphael Santarossa … Makeup: Jacques LaFleur …  Model: Judi MacDonald …Photo: Klaus Lucka

Collage of Editorials, included in the Montreal Launch Press Release showing work Raphael did in England when he was of Raphael & Leonard fame.

Raphael Super Salon logo.  It was in brown and was used not just for press purposes; it was on bags, fashions, everything.

Know your hair history.  Raphael Santarossa, aka Raphael, was the most talented surreal hair phenom of the Sixties in London. Possibly ever.   There never was and never will be another hairdresser like him.  He was one of a kind, in every way.

Yet his name is not as known today as it should be, certainly not as known as his partner Leonard, with whom he co-owned Raphael & Leonard Hair House of Beauty, which opened in 1962, on Upper Grosvenor Street in Mayfair, where they had five-stories with over 8,000 square feet of floor space.  Leonard Lewis, aka Leonard, recently passed away.  Which made me think of Raphael and why this larger than life man who had everything did not make it and stay as famous as he had been, why he was on top of the hairdressing world for such a short time.

I do not know the whole story what happened in London for Raphael and Leonard to break up, but Raphael went in a downward spiral and Leonard went on to achieve world-wide enduring fame, starting with his Twiggy crop.

Raphael also tressed the famous – from Judy Garland  (he was the first hairdresser to sheer off her locks) to Elizabeth Taylor (who called him to the Dorchester Hotel during her famous illness) to Catherine Deneuve, Chita Rivera, Jean Shrimpton, Veruschka, all the top models of the day, and Princess Lee Radzwill, Jackie Kennedy's sister.  He did the hair for all the major fashion designers in London and Paris; he did editorials for all the major media.  He had it all. Plus he was, in the sixties, probably the sexiest hairdresser who ever lived.

Perhaps the personality, which helped make Raphael so famous in the sixties, did not serve him well.  He lived – and played - too well, too hard.  He loved women too much.  He loved work too much.  He drank too much. He did himself in.   Far too soon.  Although he passed away in 2006, in New York, his time at the top of the hair world ended in the late sixties. To  know who he was, what happened after the sixties in London, read on …

He claimed an Italian Father, a Mexican Mother (or an Italian Father and a French Mother, depending where he was) and he spoke 5 languages fluently, he was a daredevil, loved danger - he was a frogman and then a bullfighter for a short time.  It was said he performed the sexiest hair cut in London, dancing around his clients like a matador "flourishing such scintillating, skillful scissors that he became a celebrity himself."  He had met Leonard at Vidal Sassoon -  "a kindred spirit" where Raphael was happy "to make hair move, swing, be free, to look like real hair," something he had been doing for some time, even before Sassoon, as he worked his way through Europe and London, building huge clienteles, at one salon after another.

After leaving London, he painted "surrealism and fantastic realism" in Rome, acted in a "Spaghetti Western" and with Rock Hudson in "The Hornet's Nest" in 1970, with blonde hair, as Raphael Santos.  In the early 70s, he arrived in Montreal with a lovely Canadian wife, Noelle, and had a son.  I did the PR for the opening of his Raphael Super Salon on St, Catherine Street.   He didn't last long, even though he had the Montreal press, designers, models all gaga over him and got full pages in papers and mags and tons of TV time.  He then worked his way to Cinandre in New York, when it was a very hot salon.  I bumped into him one day on the island in the middle of Park Avenue and 57th Street.  He told me he had just fallen down the elevator shaft at the salon!   Later, he opened his own salon on the corner of Lexington and 57th Street with his second wife, Rosina Patti  - their PR described her as an angel.  Then he retired and spent his last years painting and occasionally cutting hair for special private clients.

He lived very close to me for many years, but I never knew until his son, also called Raphael Santarossa, posted on my website in May 2013, and then called me from Montreal.   He didn't know his Father had been so famous.

Take a look here at the "Femme Fatale" hair Raphael created in 1971 in Montreal.  The hair has not dated.  Flicks flick at the front, flattering the face, so new a look at the time that the photos received a ton of publicity not just in Canada but internationally too.  "A woman should be a woman and I want to make her more woman, I love women and I know how to make them more so," he said at the time.  Featured were bob hairstyles, all one length, with the front left longer from the crown., flicking or curling in new ways at the front. "The answer," he added "to those ratty tatty growing out layered looks" everyone had at the time.  Raphael, you should be remembered …

Thanks to Raphael's brother, Renato Santarossa, a well-known artist, some of Raphael's earlier work, not seen since the '60, is published in this Blog for Modern Salon.

ABOUT HELEN OPPENHEIM  Helen Oppenheim, hair guru, has been Creative/PR Director for Vidal Sassoon US/Canadian Salons (1979-1981) and for La Coupe Salons (on and off for 14 trend-setting years like no other) …"Ambassadress" for John Sahag and his Workshop for a total of 4 years … She has been US Correspondent for Spain's Peluquerias Magazine for decades, and freelanced for many of the world's hair magazines, including Modern Salon …… Judging duties include Global Salon Business Awards in 2008, Winners for NAHA in 2015  and 2016.   She photographs backstage at NY Fashion Weeks and Museums. Check her website for more, much more.  Helen can be contacted on her website www.helenoppenheim.com and her Facebook Biz Buzz  https://www.facebook.com/OppOnn2/  Comments and Likes are welcome on both.

When it comes to the interior design of your nail salon, choosing equipment that is high-quality and cohesive with your aesthetic is key. The look and décor of your space is the first impression clients will have of your business, so it is important to ensure your nail salon’s style is as polished and refined as the nail services you provide. The moment a client walks through the door, showcase your nail salon’s personality and the detailed, intricate, and beautiful services you provide by first

Weddings are booming in 2022 as brides who planned their special day to happen in the last two years were forced to postpone. That's great news for salons working to rebuild, but brides come with their own headaches. To help answer her brides' questions, Caralee Pridemore, the founder of Sweetly Pinned @caraleestyles and a Sam Villa Ambasador, developed a bridal menu that answered offers style suggestions and possibilities and a timeline breakdown.

Fade King Van Campbell, AKA @VanDaGOAT and his Kid

A new multicultural hair collection from Andis and Kevin Luchman.

BARBERING TODAY launches its monthly Instagram challenge with a dad makeovers, and the winning barber will feature in an upcoming profile.

New Deodorant Formulas from 18.21 Man Made

Formulated without aluminum, alcohol or baking soda, the deodorant sticks are available in Absolute Mahogany and Noble Oud.

The Beard Boom: Are You Leveraging it for Success?

Since the pandemic, the sales of beard products have exploded, as men relaxed their grooming habits and grew out their facial hair. Are you taking advantage of this booming trend to offer more beard services and products to your guests?