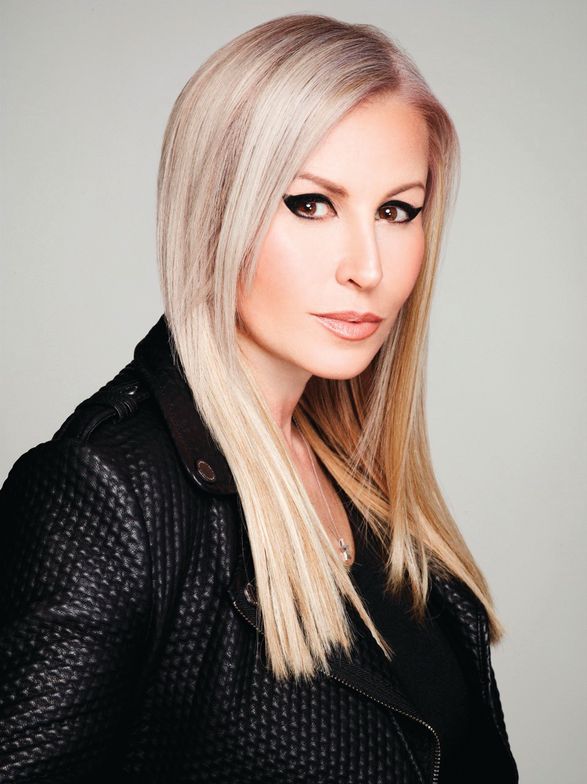 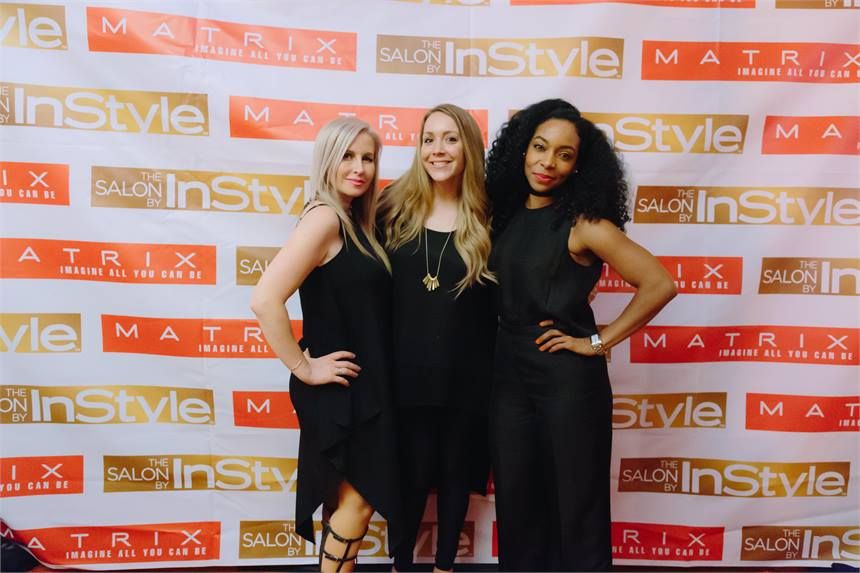 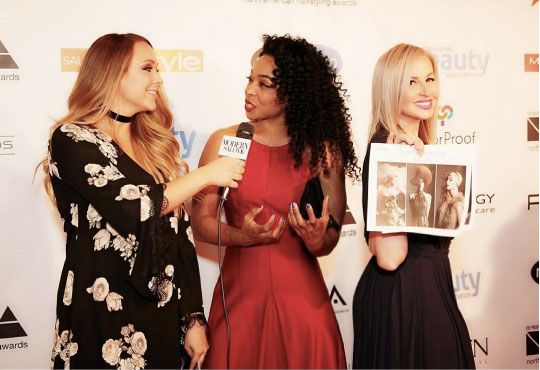 At NAHA 2016, Alison Alhamed interviews Michelle O'Connor and Dilek Onur-Taylor on the red carpet where they were both finalists.
1/3
View all

3/3
Slider
At NAHA 2016, Alison Alhamed interviews Michelle O'Connor and Dilek Onur-Taylor on the red carpet where they were both finalists.

Favorite tattoo: “Two little hearts on my wrist that stand for my kids: Jordan and Noa.”

Phrase most overused: “‘Oh my God, that’s crazy.’ That’s how you know I’m not listening.”

In addition to being on set and on stages, newsfeeds, in classrooms and magazines, Onur-Taylor balances a host of other responsibilities, including juggling expense reports in between conference calls for the corporate side of her job as a creative director for The Salon By InStyle inside JCPenney.

“I’m a mom, I’m a boss, I’m a wife—I have to flip a switch on and off: ‘OK, now I’m going to be creative,’” she says. “There are hairdressers who are in that artist mode 24/7, but when I’m with my kids, I’m their mom. They don’t think of me as a cool hairdresser—they give me a hard time about it.”

Yet dressing hair has always been the consistent form of “therapy” that settles her.

“When I get stressed out, I grab a mannequin,” she says. “It’s how I clear my head. I practice new braiding techniques.”

And although Onur-Taylor is anything but ordinary—her name alone beckons questions about her heritage (she describes herself as an Albanian girl, born in Turkey, living in America)—her journey to hairdressing began like many: on the heads of her Barbies.

When she was 15, she enrolled in a cosmetology work program at her high school, Argo Community in Summit, Illinois. It was a big commitment: five days a week, including Saturdays, for two years.

“I’d always loved fashion and art, and hairdressing came naturally to me,” she says. “As soon as I started the program I knew it was exactly what I was meant to do. I earned my cosmetology license before my high school diploma.”

The inspiration for education and platform work started early in her career.

“I remember seeing Vivienne Mackinder on stage at the first hair show I went to and I knew the stage is where I wanted to be,” Onur-Taylor says. “And while it was such a hokey time in beauty where it was all about performing and the song and dance, she was brilliant and gorgeous. I wanted to be a part of that.”

While working for her first salon, she connected with her salon’s distributor who introduced her to brands, and began volunteering at regional shows, helping with model prep.

At just 21 years old, she set out to purchase her salon.

“I thought I could just go to the bank and get a loan,” she says. “I stalked the VP of the bank for months showing him what I was making and developed a whole business plan—I was still turned down. Six months later he came into salon to watch me and watch the business. It paid off: At 21 I got a loan to purchase the salon and within three years I paid it off.”

While working with different brands at shows and volunteering everywhere she could, she got connected with Zotos, and was invited to join the ISO team, working alongside some of her hair icons, traveling and attending major industry events. She quickly became one of their key artists.

“I was crazy, completely unstoppable,” Onur-Taylor says. And, a few years later, she purchased another salon.

Once Joico merged with the ISO family, Onur-Taylor’s passion for the industry and her career exploded. At Joico, she began working alongside incredible industry talent like Tabatha Coffey, Chrystofer Benson, Damien Carney and Sue Pemberton.

Last year, she was promoted to co-creative director, with jcp’s Michelle O’Connor. “Michelle is my go-to,” Onur-Taylor says. “She is one of the most inspirational artists I have ever worked with.”

Although she’s no longer involved in the ownership side of the business, Onur-Taylor continues to push herself in her role at JCPenney, working closely with the hundreds of salons across the country. She entered her photoshoot work in 2017’s NAHA competition, and she and O’Connor were just named Artistic Directors for Matrix.

“I’ve worked my way up through hard work and dedication and being true to my craft, giving it 200% all the time,” she says. “I look at life’s luxuries and the fun that I get to have and it’s all because I became a hairdresser.”