The American Crew All-Star Challenge recognizes some of the best men's stylists in the world. Stylists enter the challenge by bringing together the ultimate interpretation of the American Crew man and are judged on the cut, the style and the overall look.

Jorge Buccio from Austin, TX has earned the title of 2016-2017 American Crew U.S. All-Star Challenge Winner. Buccio, the owner of J Buccio Salon, has been in the industry since he was 19 years old.

He was announced as the 2016-2017 American Crew U.S. All-Star Challenge Winner on Saturday, April 1st.

Entrants cut and styled a male model with American Crew products and submitted photos to a judging panel of industry experts who selected Buccio as the winner based on technique, styling and his inspiration for a modern, masculine look. Buccio's look was inspired by his childhood in Mexico – wearing crisp white shirts with hair perfectly coifed in a side part. 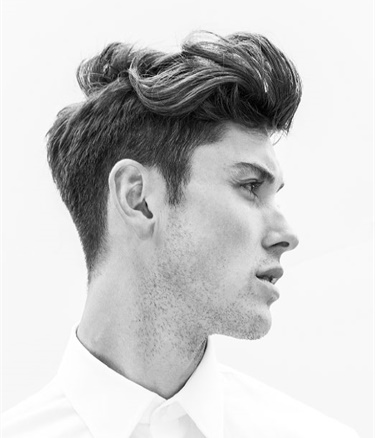