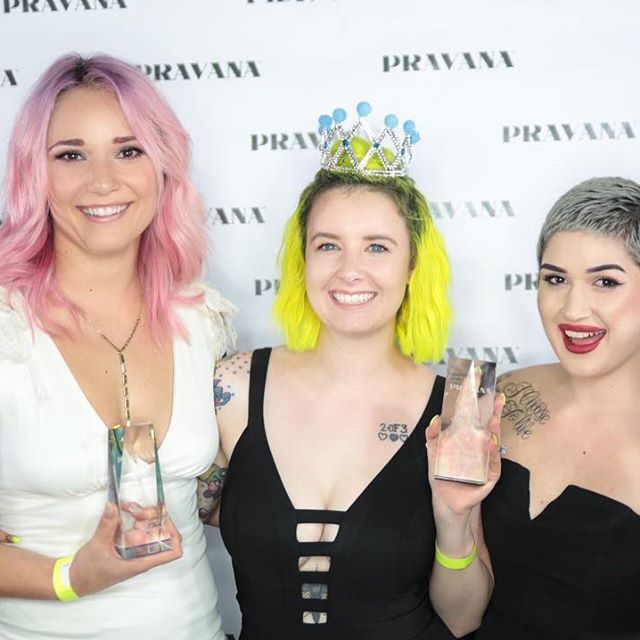 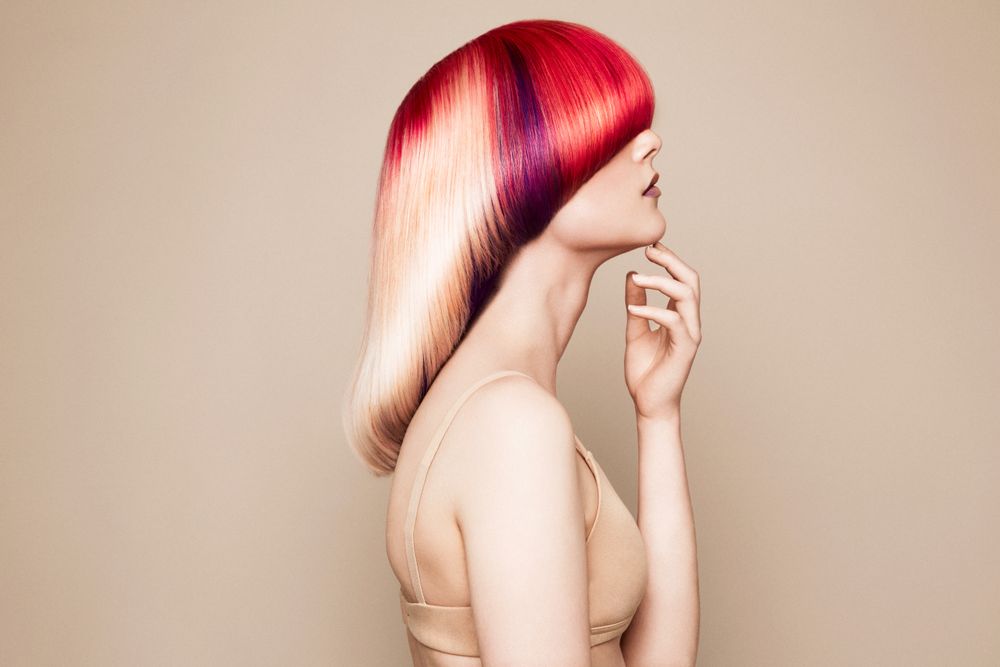 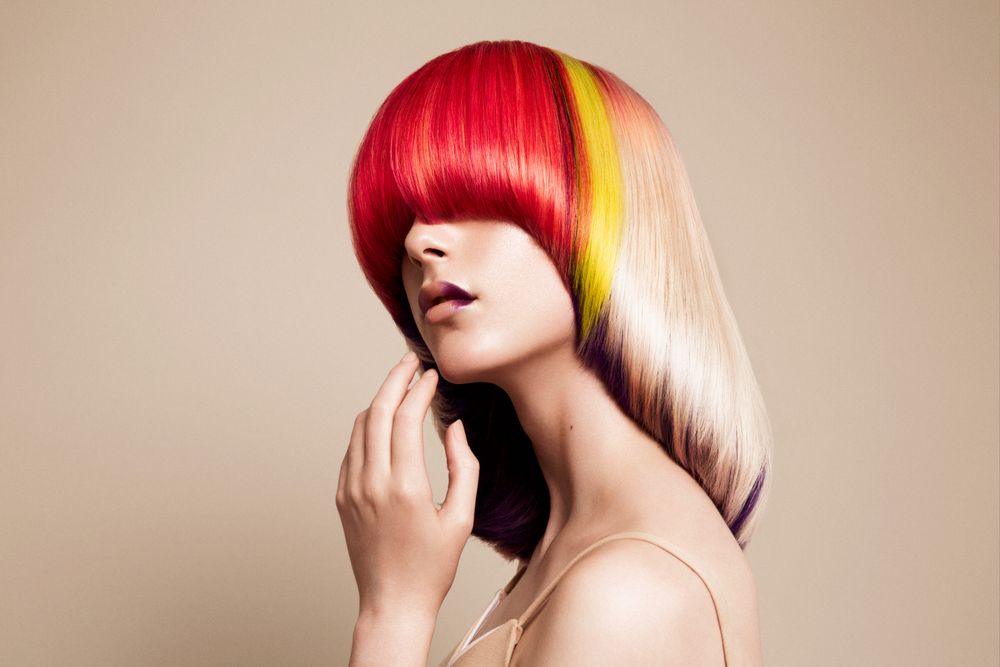 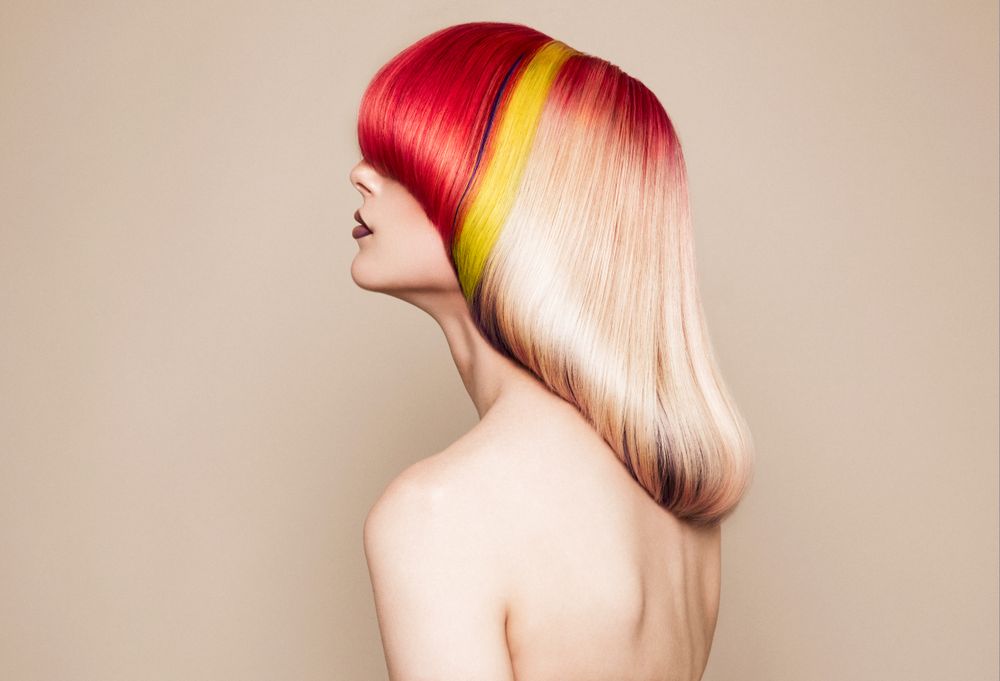 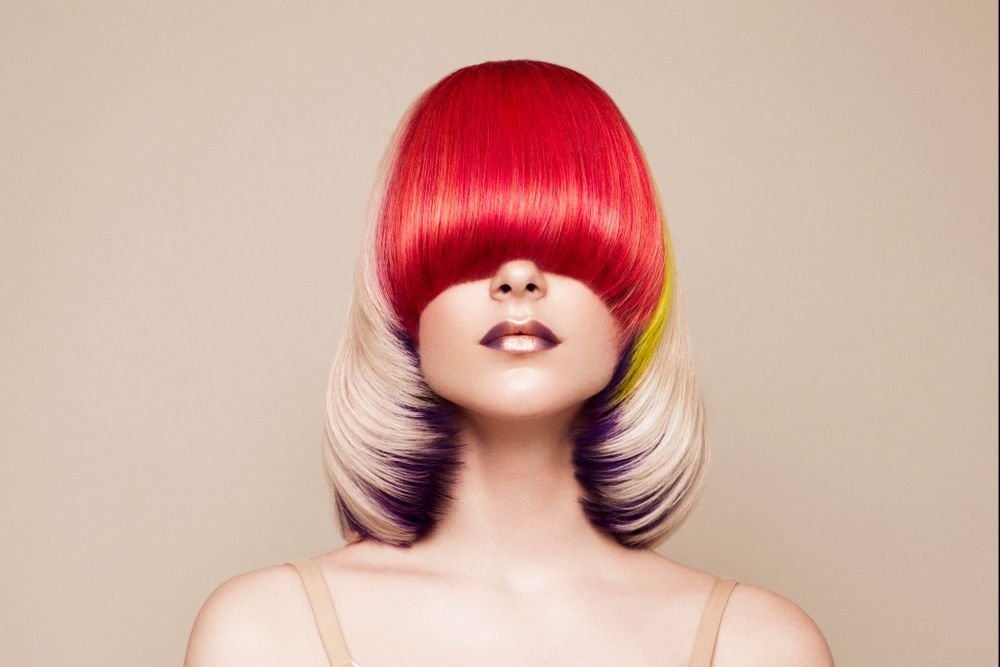 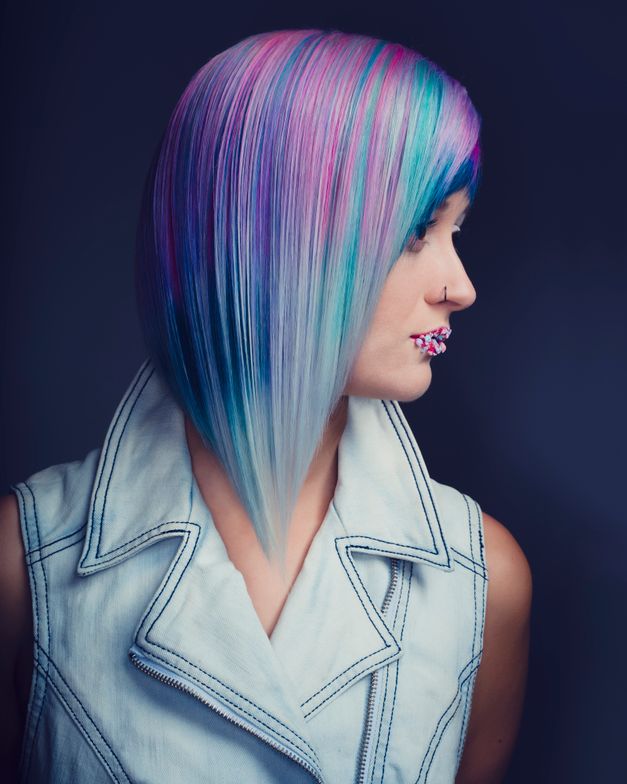 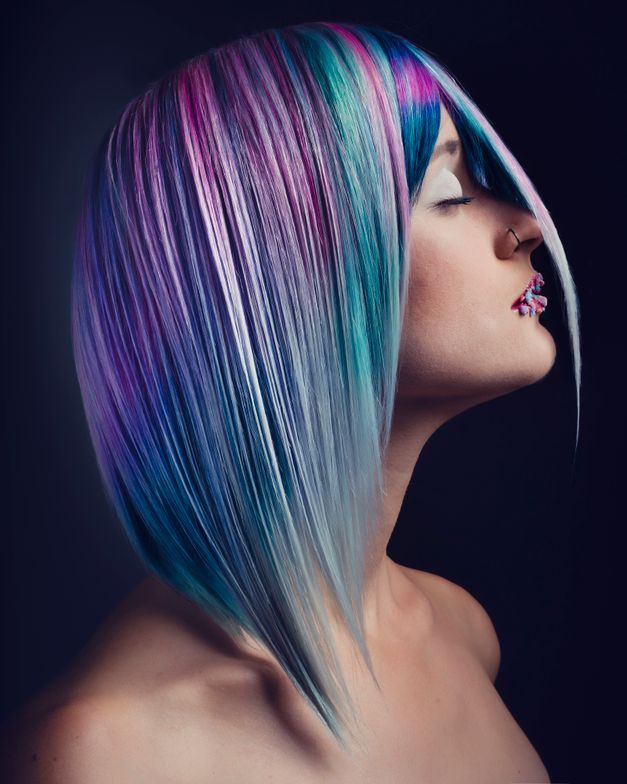 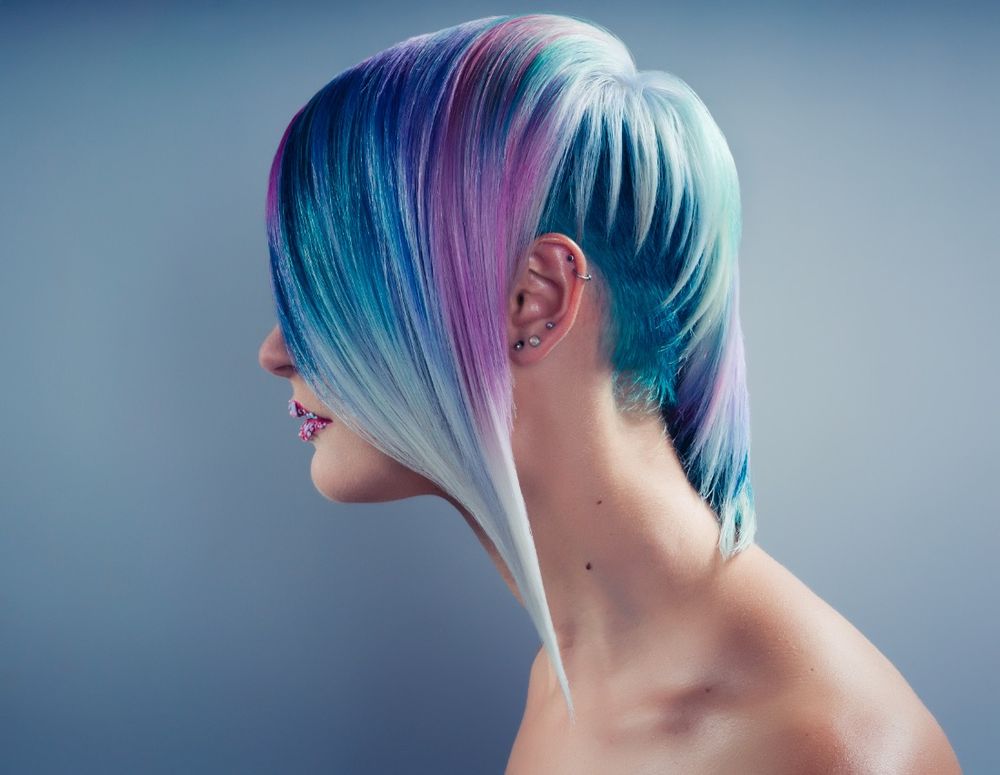 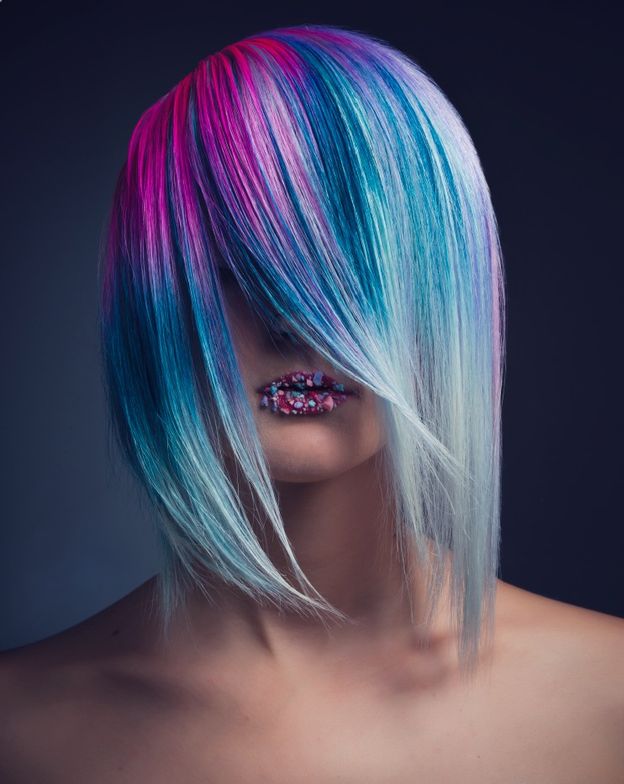 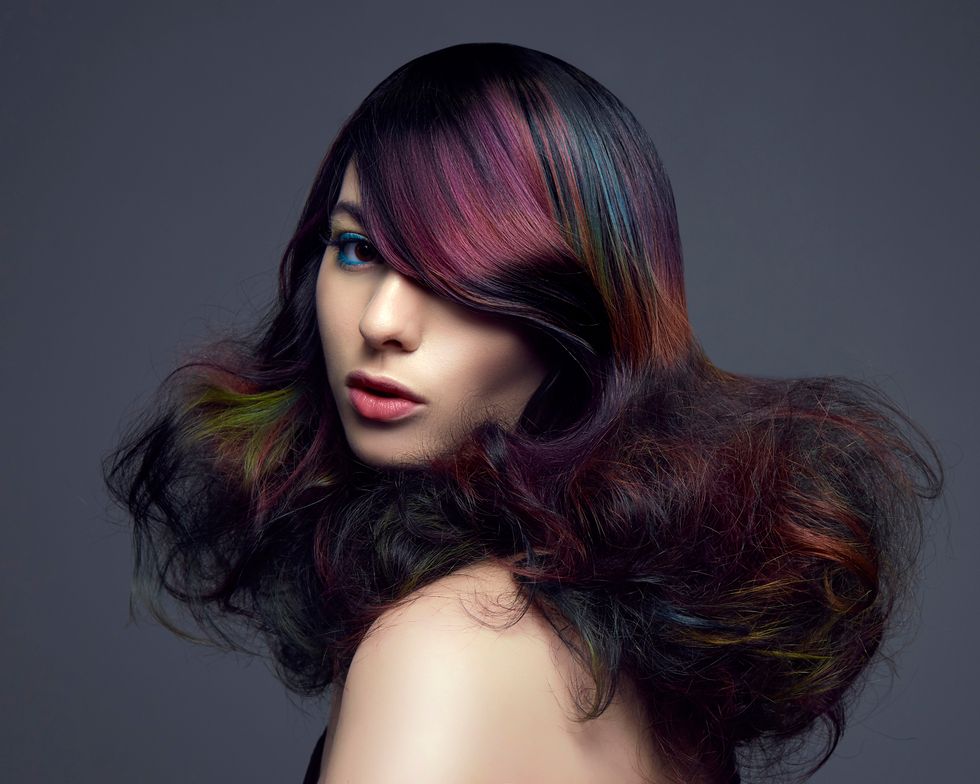 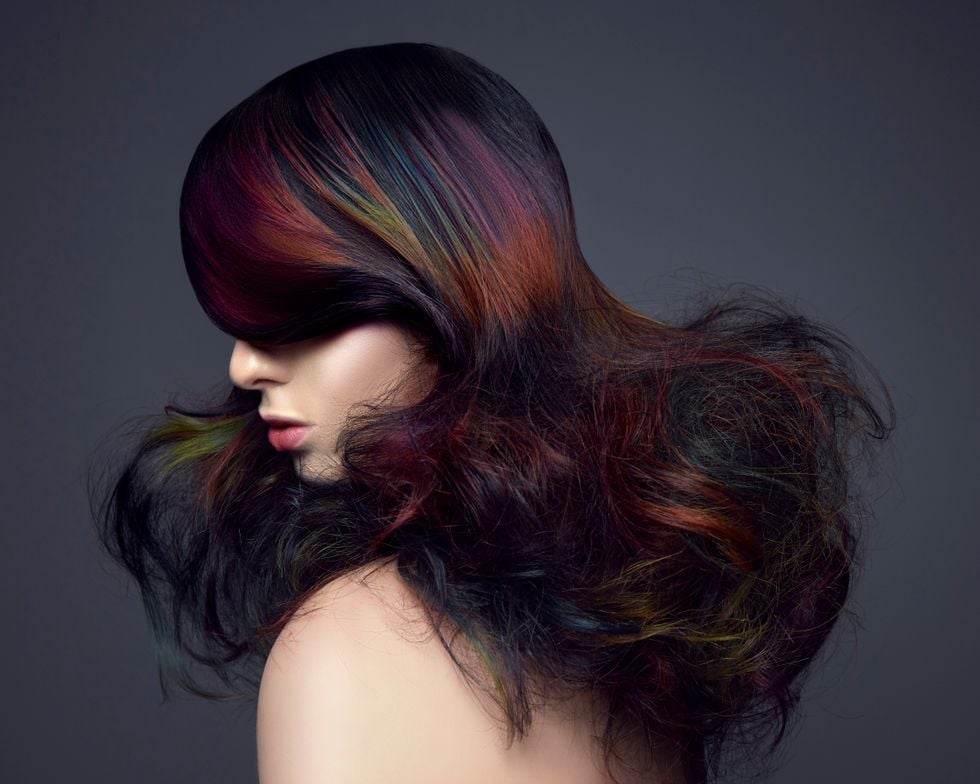 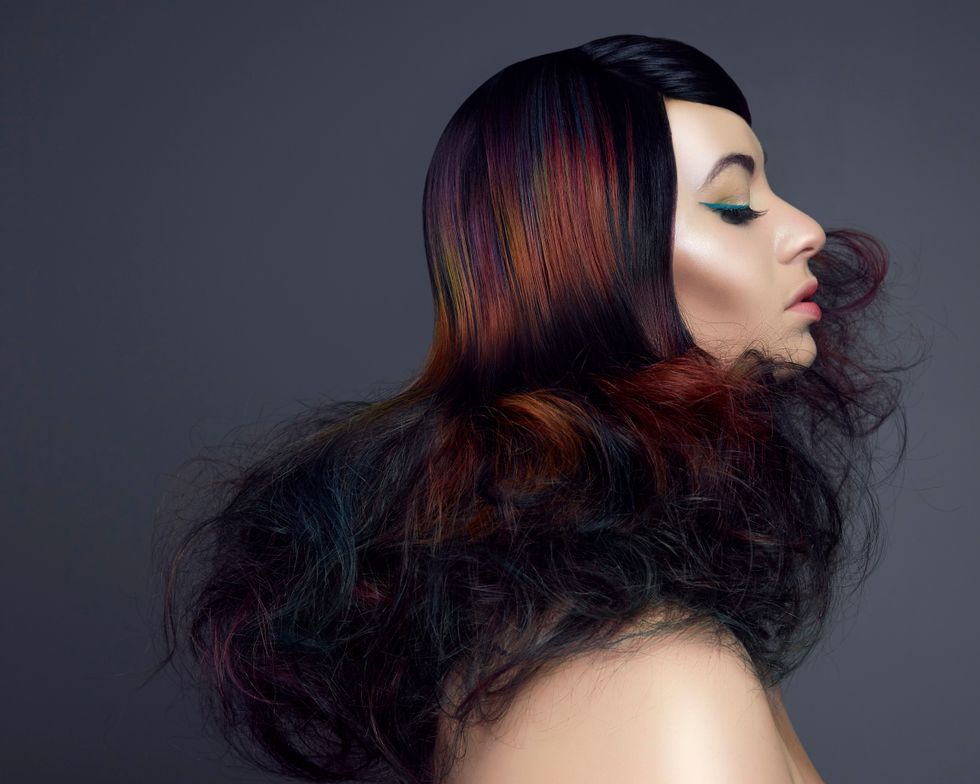 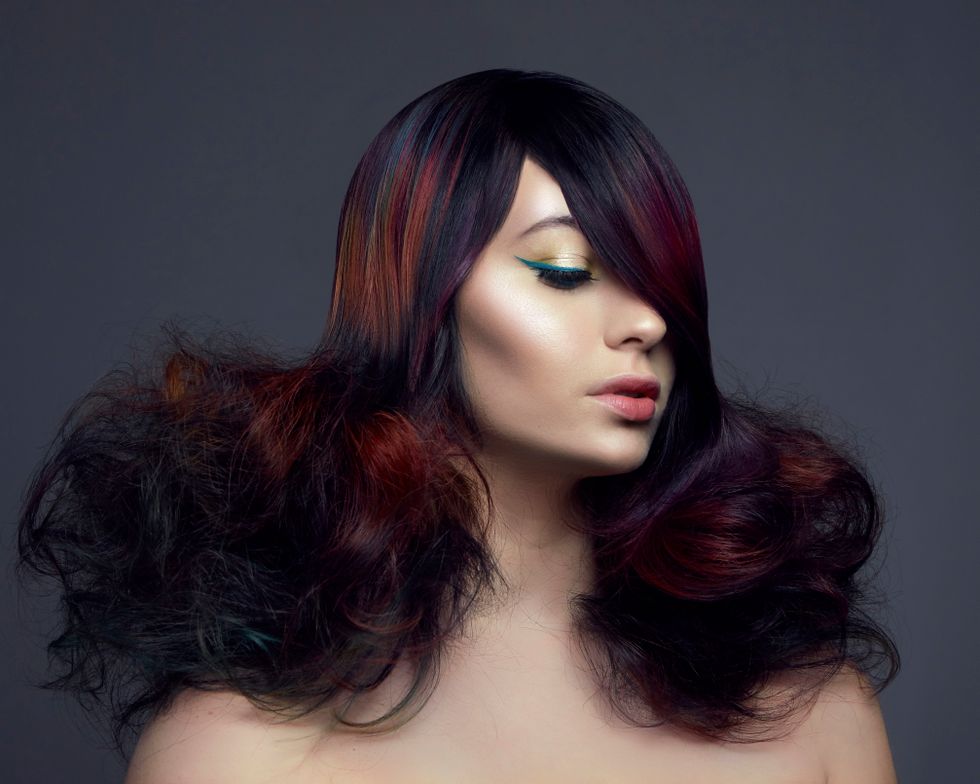 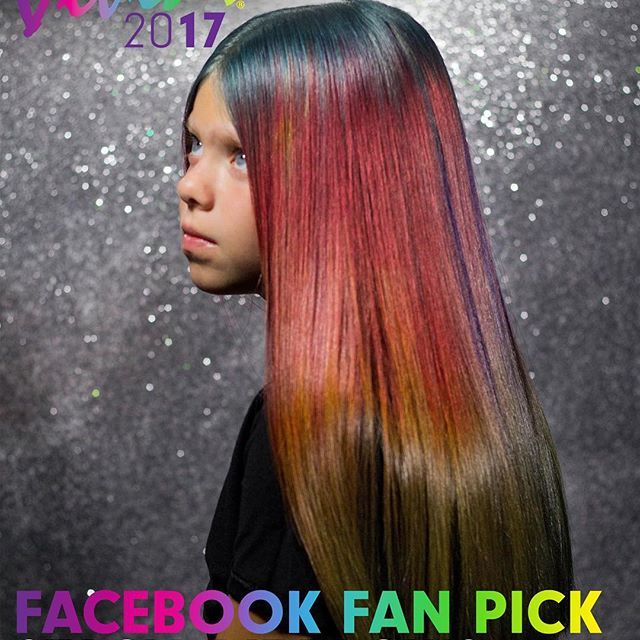 The PRAVANA "Show Us Your Vivids" contest offers hair pros a chance to show-off their haircolor skills, working with the Pravana Vivids range of brights. "We look at more than just the finished image, " says PRAVANA Vice President of Marketing Tania Kingsrud. "We want to hear about the inspiration behind each look. Our finalists had not just amazing work but also very clear, well thought-out stories."

“Seamless blending at its best! All of the elements of this entry have been beautifully orchestrated to create a visual masterpiece! BRAVO!”  - PRAVANA SUYV judging panel

“I had used the Red and Too Cute Coral in her bangs to give dimension via babylights, adding in the under color of Amethyst to give the full look. I wanted to add a singular pop of brightness to the overall look, which is where the NEONS Yellow came into play, being the only color straight to the root to break up the melt. The root color seamlessly ombres into the blonde much like a colored blown glass. The style was all about smooth bubbled looks, like you would find on a blown marble, and precision cutting.”

As the first place winner, Forbes will receive an all-expense paid trip and her own editorial photo shoot in Los Angeles with PRAVANA. The Grand Prize Package (worth over $25,000) also includes a PRAVANA prize pack worth $2,000, products from contest sponsors Olaplex, wet n wild Beauty, Pink Pewter and Enzo Milano, two tickets to a beauty industry event, a private dinner party with the PRAVANA team and more. Images from the photo shoot will also be featured in a top industry publication. In addition, the top three winners are also featured on PRAVANA’s social media outlets, website, email blasts and more, reaching a combined community of over one million subscribers! Malek, who credits winning the SHOW US YOUR VIVIDS contest in 2016 as “the single most propelling event to take place in [his] career,” crowned Forbes the winner in front of the ecstatic audience which included none other than her mother, who joined Forbes all the way from Alaska to cheer her daughter on.

For the 2017 SHOW US YOUR VIVIDS contest, hundreds of talented artists from across the world submitted their brightest, head-turning VIVIDS color creations for a chance to be named the winner. The PRAVANA judging panel carefully selected the above winners based on creativity, technique and overall impact. The top six finalists also included talented artists Erica Keelen, Ernesto Jimenez and Ambrosia Carey. The Facebook Fan Pick for 2017 was Stacia Meadows.

Create multi-dimensional color for dark bases without the fear of damage with Matrix's Muy Melted technique.