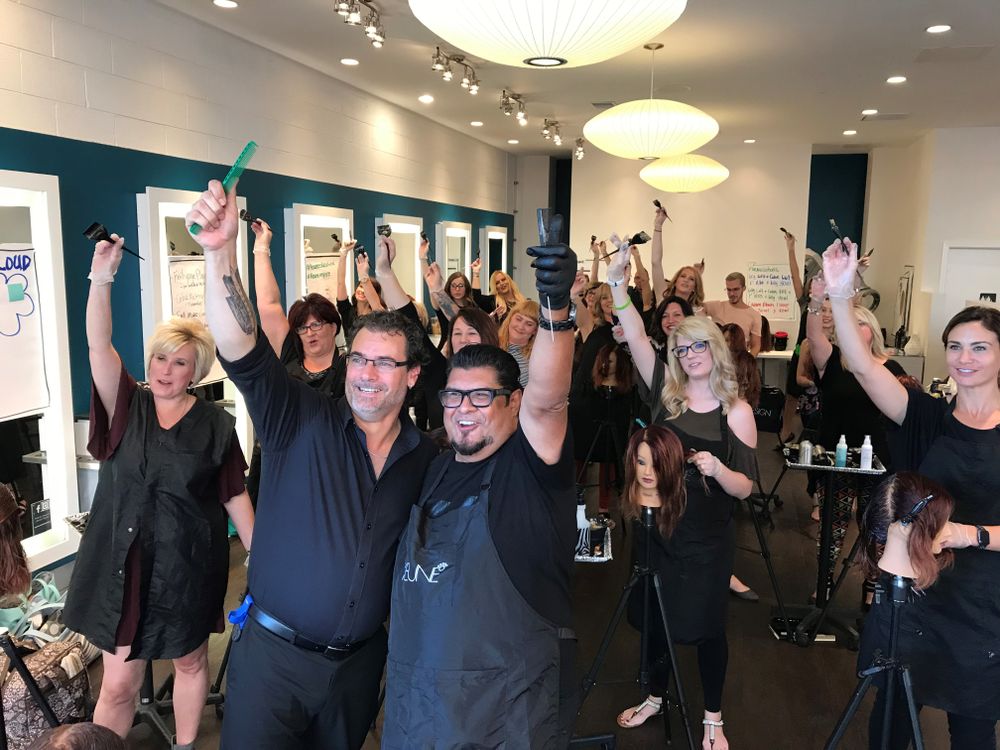 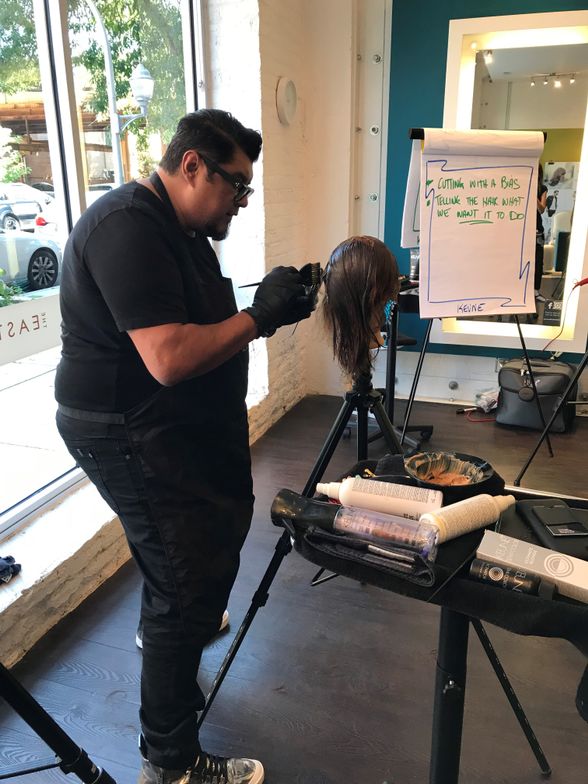 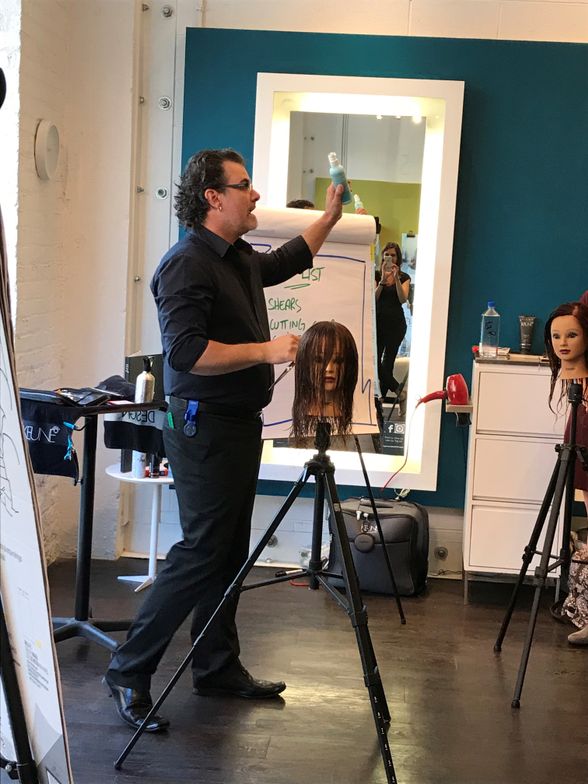 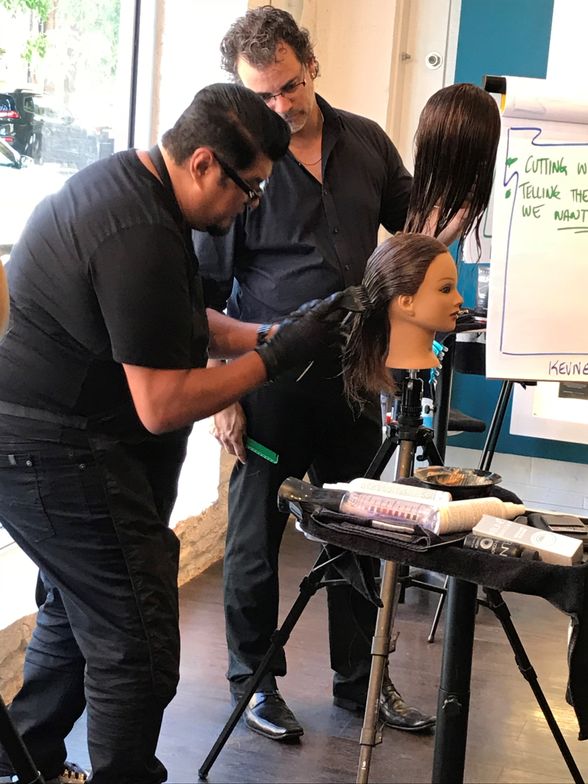 The two-day program focused on design, color trends, technique, and how to properly “create a blueprint” when executing a cut and color your client will love.

Alderete created vertical sections from the crown to the nape in an effort to apply color to a larger range of hair in a shorter amount of time (see video below).

Alderete explained that when a client comes in for a fall appointment, usually the colorists’ first instinct is to go darker. Instead, consider using toner to make the existing hair color a little richer.

“Visually, that’s going to be better for your client, she’s going to love it and it’s an easy transition,” Alderete said. “It’s nice and subtle, but it’s beautiful.”

Palmer kept the inspiration going by leading the group through a short, fashion-forward cut technique to complement the previously applied color. Hair hit the floor as Palmer exhibited both a razor and texturizing-driven approach to taper and feather the hair along the back of the head.

Beginning on the underside, Palmer sectioned hair vertically into four quadrants. After combing down the hair, he took the wide-toothed end of his comb to softly push up the hair at the top of the section, creating a slight bump to make sure hair isn’t sitting too flat. This technique allows visibility of any growth patterns. Palmer then used a scissor-under-comb cutting technique to achieve a feathery, tapered texture that sits close to the head. (See the video below for demonstration)

The sold-out event was just one of many to come.

“We’re almost completely sold out for the rest of the year in our Buckhead, Atlanta, location, as well as the additional satellite locations in Scottsdale, Arizona, and Brooklyn, New York,” said Jessica Mills, Vice President of Education and Shows. “We’ll have all new programs next year as well as some repeats of popular ones.”

Create multi-dimensional color for dark bases without the fear of damage with Matrix's Muy Melted technique.