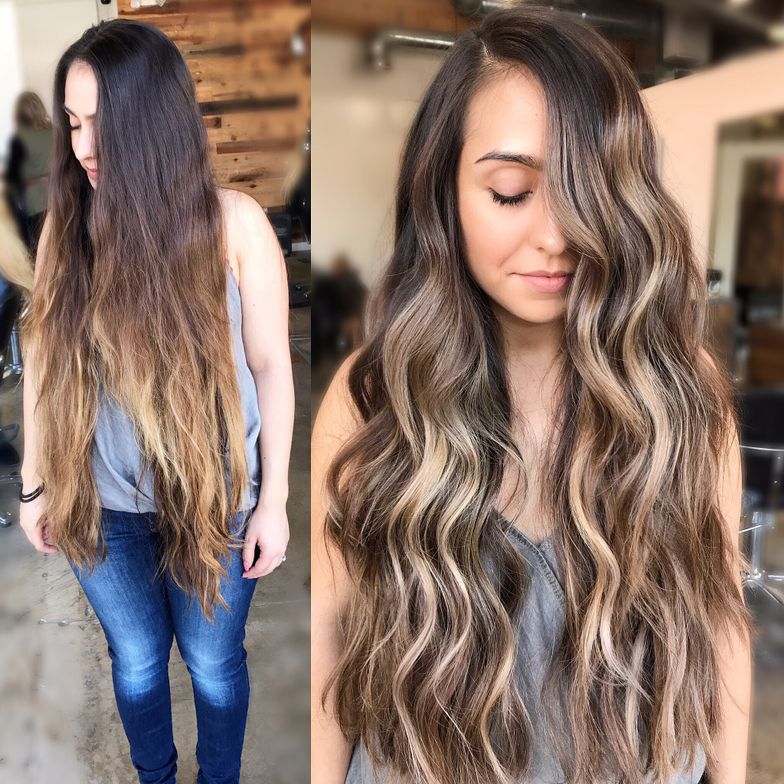 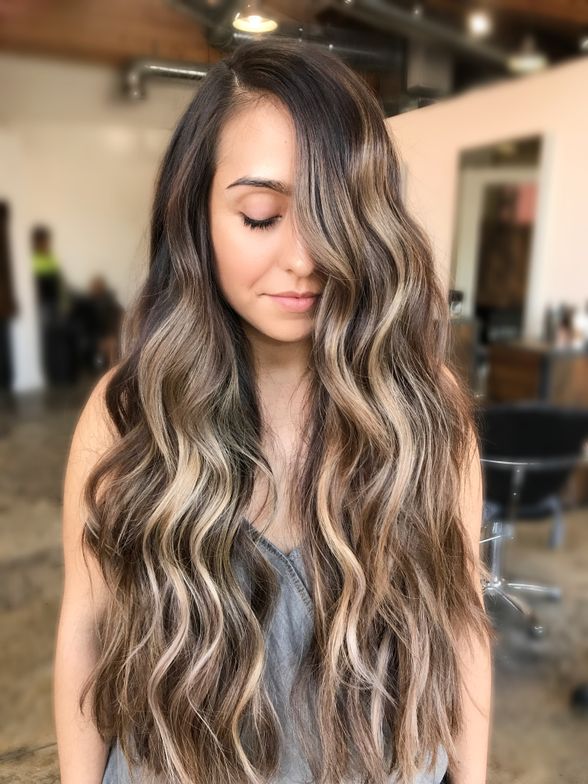 Rayhana Rojo (@raylorojohair) of Agencè Salon in San Dimas, California (@agnecesalon) says "My client came in with a year old balayage and wanted a balayage with added dimension and brighter ashy tones."

Here Rojo shares the details for this makeover:

"I began the process in the back of the head with a 'tipping' technique and bricklayed the entire head to create that  dimension she requested. 'Tipping' consists of taking a thin horizontal section of hair, then backcombing and applying the lightener in a V-shape. I left hair out in between each foil using her natural hair as a low light to create dimension. I chose to leave her natural base color for low maintenance in the future. I did a thick face frame in the front of her hair. This consists of doing three back to back to foils, with the same 'tipping' technique mentioned earlier but closer to the root. As a lightener I used Redken Flashlift with 20 volume starting in the back. When I got to the front I used 30 volume. After lifting the client to a level 8/9 I washed it all out. Then I combed out the teased hair. After towel drying her hair I toned her with Redken Shades EQ 9n 8v equal parts and let that process for 10 minutes . The entire process took about 6 hours."