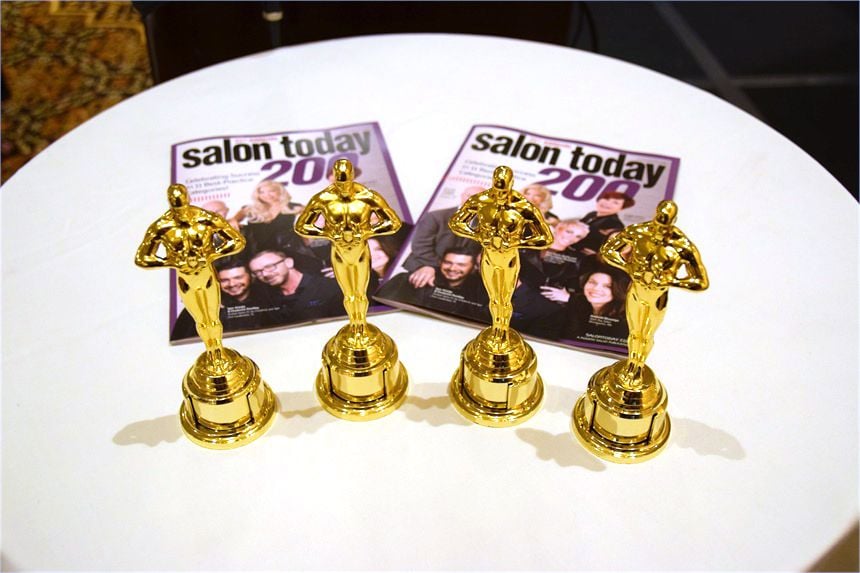 Miniature Oscars stand at the ready, wating to be presented to the four Salon Today 200 honoress with the best videos. 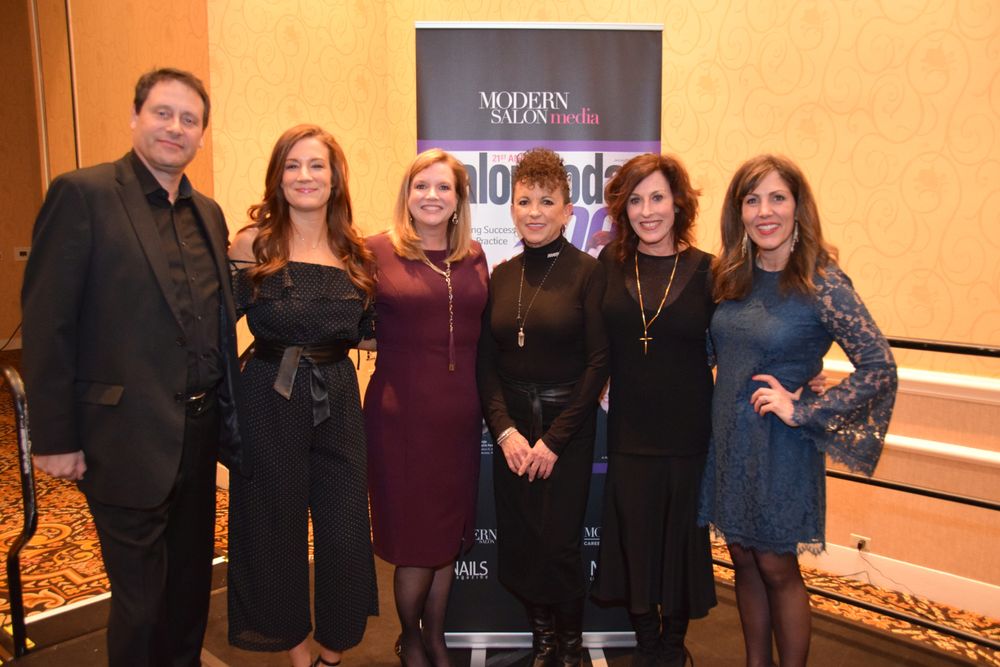 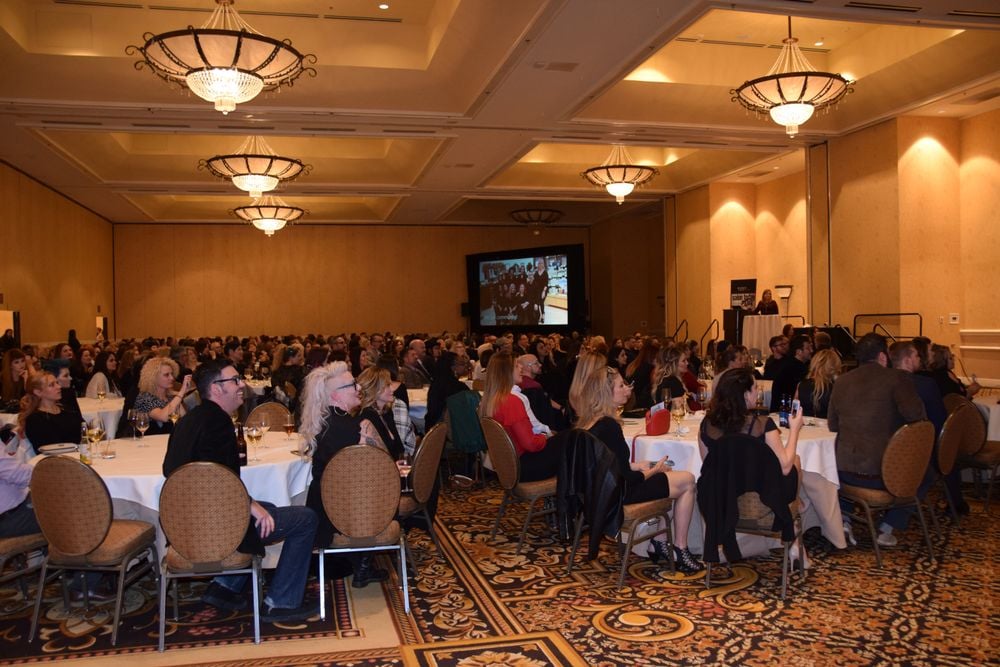 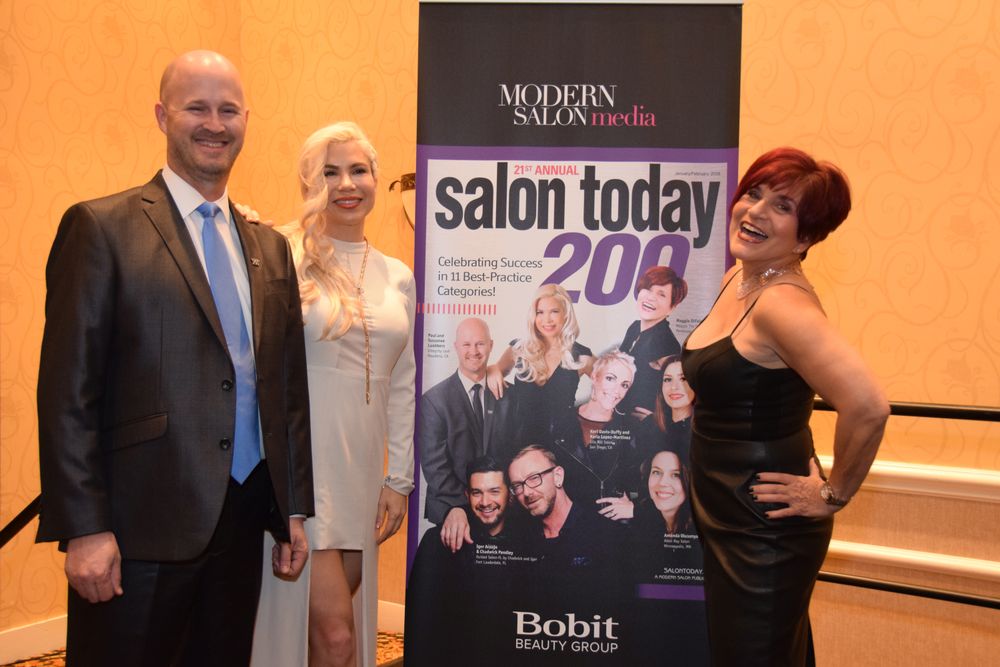 Paul and Tussanee Luebbers and Maggie DiFalco recreate their poses from the January/February cover of Salon Today. 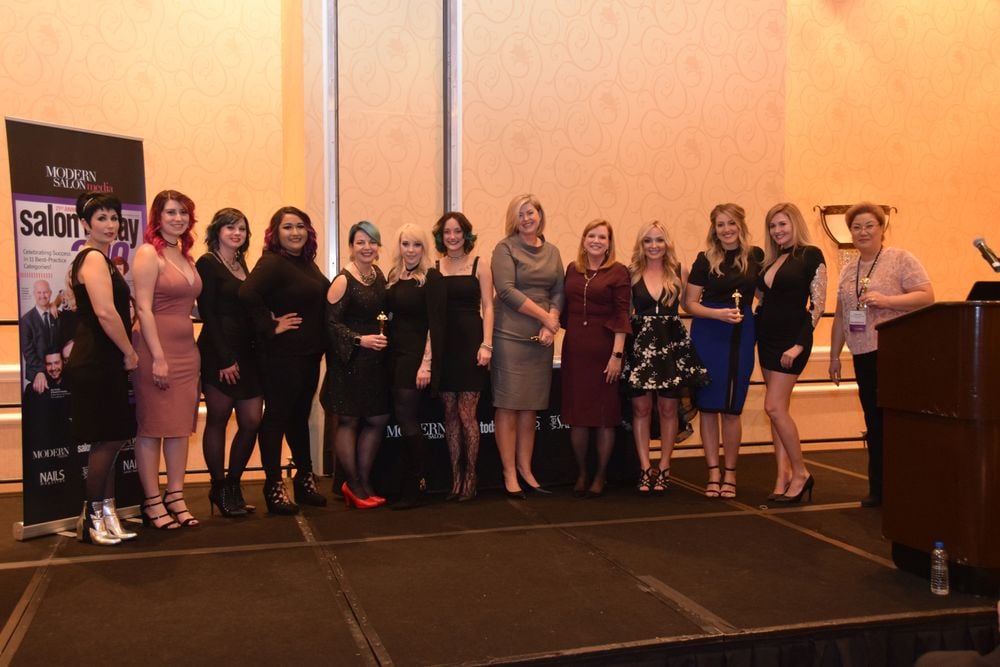 The teams from The Refinery Salon, J Michael Salon, Studio Wish Salon and Josephine's Salon and Spa accept their Oscars for most creative videos. 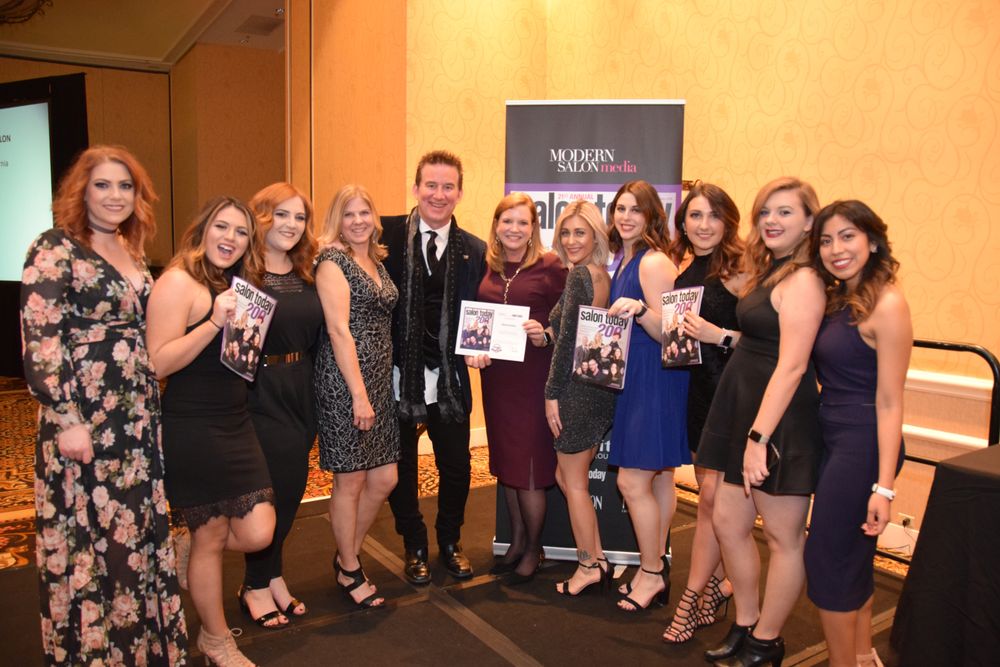 The team from Richard Salon accept their Salon Today 200 certificate.
1/6
View all

1/6
Slider
Miniature Oscars stand at the ready, wating to be presented to the four Salon Today 200 honoress with the best videos.

4/6
Slider
Paul and Tussanee Luebbers and Maggie DiFalco recreate their poses from the January/February cover of Salon Today.

5/6
Slider
The teams from The Refinery Salon, J Michael Salon, Studio Wish Salon and Josephine's Salon and Spa accept their Oscars for most creative videos.

Nearly 400 salon owners and their team members turned out to celebrate the 2018 Salon Today 200 at a special reception hosted by the Neill Corporation at the close of Serious Business in New Orleans in January. Each year, the Salon Today 200 celebrates salon business success by profiling 200 of the best-managed salons and sharing successful salon best practices and important benchmarks.

Debra Neill Baker, principal at the Neill Corporation, and Steve Reiss, publisher of Modern Salon Media, welcomed and congratulated the honorees before turning over the program to Salon Today Editor Stacey Soble.

Soble showed a video including clips showcasing the teams and cultures from more than 50 of the honorees, then surprised guest with miniature Oscars for the four best videos. Salon Today editors awarded Most Creative Video to The Refinery Salon in O’Fallon, IL; Best Comedy to J. Michael’s Spa and Salon in Louisville, KY; Best Musical to Studio Wish Salon in Twinsburg, OH; and Biggest Heartstring to Josephine’s Salon and Spa in Houston, TX.

Following the video presentation, the Salon Today team presented Salon Today 200 certificates to more than 100 honorees who were present.