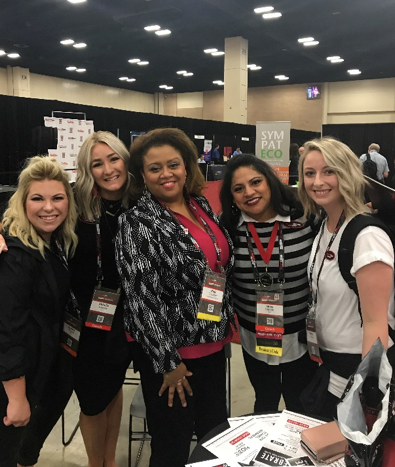 “It wasn’t just lip service,” Gina remembers. “When my life changed, everyone was truly there for me.” 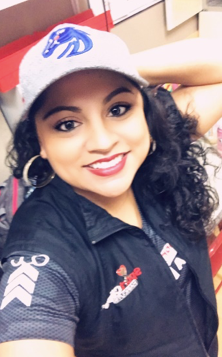 When Gina Rodriguez thought she had nowhere to turn, her Sport Clips family was by her side.

1/2
Slider
“It wasn’t just lip service,” Gina remembers. “When my life changed, everyone was truly there for me.”

When Gina Rodriguez thought she had nowhere to turn, her Sport Clips family was by her side.

When Gina Rodriguez applied for a job at Sport Clips in Meridien, ID, she already had a successful career as a stylist and cosmetology instructor. So she wasn’t sure if Sport Clips would be for her. Almost immediately, though, she realized it was a perfect fit. “I walked in to the salon for my interview and discovered a lot of the girls had been there seven, eight, nine years,” she remembers. “People were staying—that was a good thing.”

The first month on the job, Gina found even more to love. Having just given birth to her second child, she was thrilled to be earning a structured income with benefits. She was struck by the values of the company—to treat people as you would wish to be treated, to be kind, to encourage teamwork and acceptance. “Everyone from the franchise owner to the team leaders to the coaches—everyone is on the same level,” she says. “I felt I was finally working for a company with integrity—one that embodied the values I want to teach my own children.”

Things were going great. After just two months on the job, Gina applied for, and got, a job as a Sport Clips Technical Coach, sharing education with her colleagues. She was busy and happy. Then the unimaginable happened, and that’s when Gina’s teammates really rose to the test.

“My ex-husband got into some bad things and became abusive,” Gina shares. “I had to leave the relationship, and that meant leaving my home with my kids and changing my whole life. I got married right out of beauty school, so I had never been financially or emotionally independent. I didn’t know if I could do it!”

Gina may have felt unsteady, but her team quickly moved in with solid support. Her co-workers presented her with a gift card for emergencies. Her salon franchise owner adjusted her schedule so she had time to get resettled. Her coach team supervisor offered to fly to town and spell her so she could take some time off. Gina was overwhelmed. “It wasn’t just lip service,” she marvels. “Everyone was truly there for me.”

With her team’s support, Gina blossomed. “I learned I could earn a living and support myself and my kids,” she says. “I have my own 401k and insurance. I can stand on my own two feet as a working mother. I’m so grateful. My company lifted me up in every way I needed.”

Today, Gina is paying all that support forward. Sport Clips has partnered with Cut It Out, a domestic violence initiative, and Gina puts herself out there as an advocate for people who have gone through experiences like hers. She credits Sport Clips with fueling her desire to serve. “This company doesn’t look at us as just employees,” she explains. “They see us as valuable team members, and that makes you want to help others. We understand if we lift each other up, we can all grow together.”

Learn more about the family values of Sport Clips.