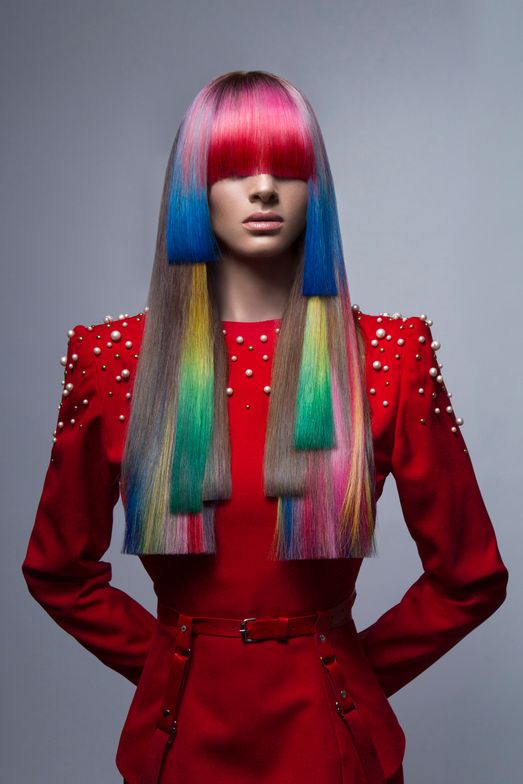 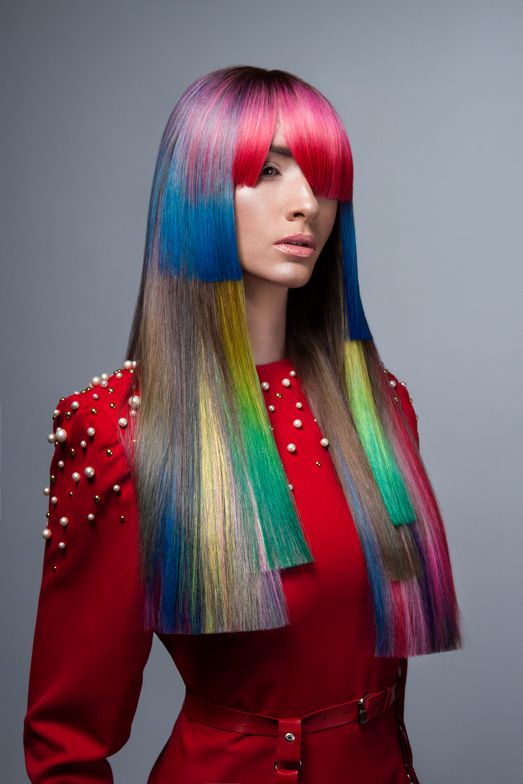 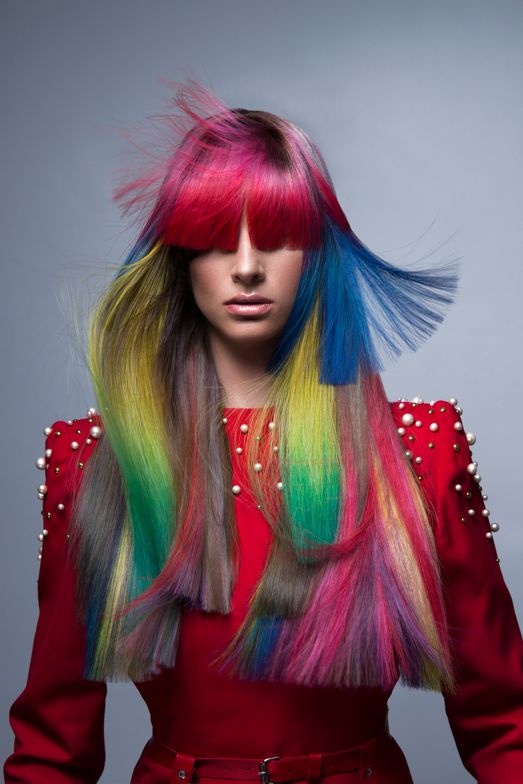 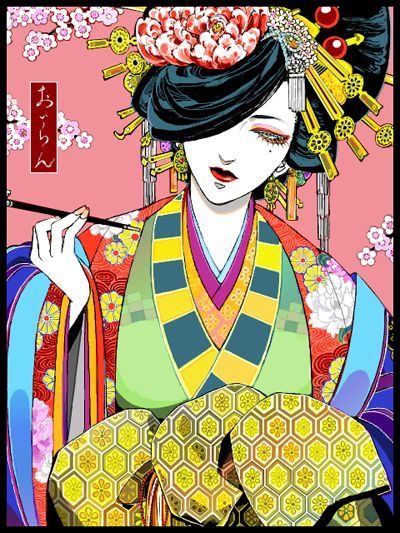 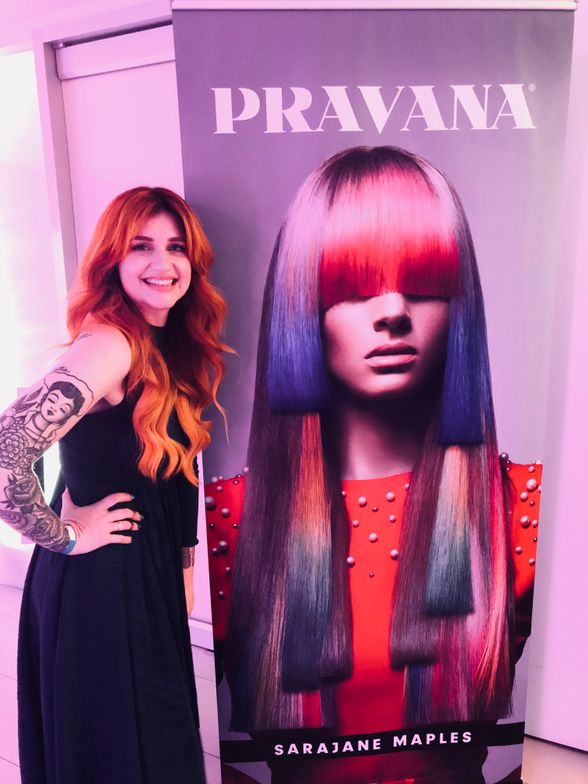 On July 22, 2018, PRAVANA revealed the winners of their annual “Show Us Your Vivids” contest during an enchanted evening at the Henkel Beauty #AcademyofHair in Culver City, CA. The winning looks combine color creativity, artistry, and a clear inspirational focus. First place was claimed by Sarajane Maples-Buttner (@blushandmane) of Jax, FL, who took a very personal approach to her submissions by bringing them to life, from concept to creation. She shot the winning image, herself. She also, in fact, shot a second collection which was also in the top five finalist spots.

We spoke to Maples about the process she went through to design her beautiful final look.

MODERN SALON: So, tell us why you wanted to do all the nuts and bolts and everything with this shoot.

Sarajane Maples-Buttner: I wanted to start a collection from nothing to fruition. I wanted to see it completely come together, and I wanted to be involved with every facet of the collection; the photography, the cutting, the coloring, the wardrobe. I wanted to contribute to every part of creating that whole image.

SMB: I've done collections before but I have never shot my own collection, this was the first time. My two finalist entries, I shot both of them. Daryna Barykina (@daryna_barykina) has been coaching me in photography, and she kinda just let me go with this one.

MS: Had you picked up a camera before?

SMB: Well, being in the business for about eight years, doing wedding styling, whenever you wanna execute a style, you have to see it through the lens because that's how everybody else sees it. And I remember thinking, ‘I really wanna learn a little bit about how other people see my work, and I wanna learn how to get that story across a little bit better,’ and photography was just that next step.

MS: Talk about your inspiration photo.

SMB: I am always inspired by Asian art because I feel like it's so beautiful, so colorful, and so vivid, and I thought it was perfect for this contest. I wanted the model to resemble a geisha but a modern-day version of one.  As if she were a geisha in the year 3000, what would that look like?  I visualized no eyes showing, very militaristic, but still resembling the classic geisha form.

MS: The fashion is great. How did it come about?

SMB: That was actually Daryna Barykina. We were talking one day, and I said, "You know, I'm having some trouble with wardrobe. I don't wanna do white, I really wanna step outside the box with this." And she said, "Well, tell me a little about the color" and I mentioned the red bang. So she brought a bunch of red in. That’s actually a jacket turned around and there's the harness that we had, backward as well. So it's almost like she's completely closed in by this, almost like a straitjacket, but it's still very pretty.

MS: Entering competition can make you feel very vulnerable. What would you advise somebody who's maybe a little hesitant about putting their work out there?

SMB: I would tell them that before this competition, I had never entered a color competition, I'd always entered the styling competitions. And just to do it, just go out on that limb, practice, prepare, and prepare some more. This took me months, making sure it was perfect, before I presented it to the world. Just do it, there's nothing stopping you. What's the worst that can happen? Your work gets out in the world, they can see how wonderful you are, so why not?

MS: What’s the thing you learned that is really gonna carry you through for the rest of your life from this competition personally or professionally?

SMB: I feel like I learned that I can step outside the box so much and still achieve my goals and just to keep going there and to keep pushing the envelope and really, really try to not stay in my perfect little square of a stylist.  This will always prove to me that I can do more, and I should do more.