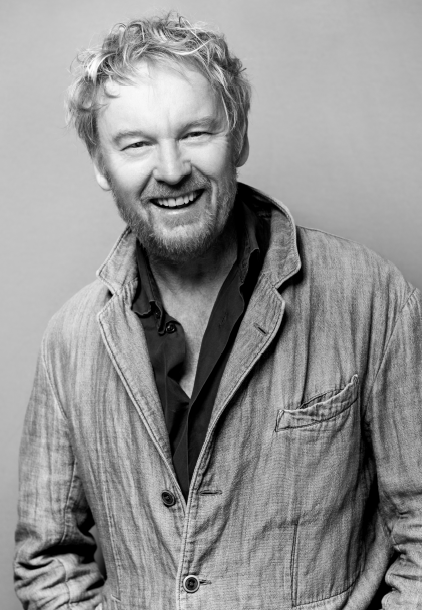 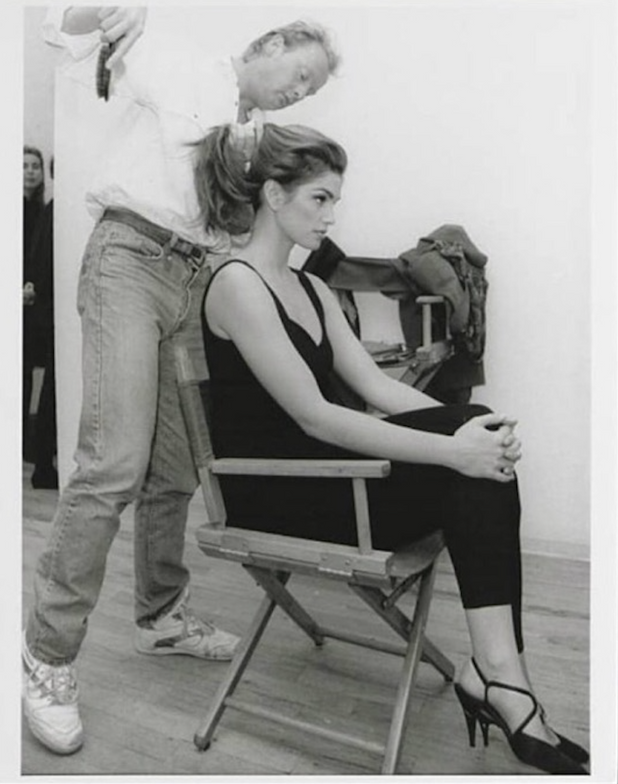 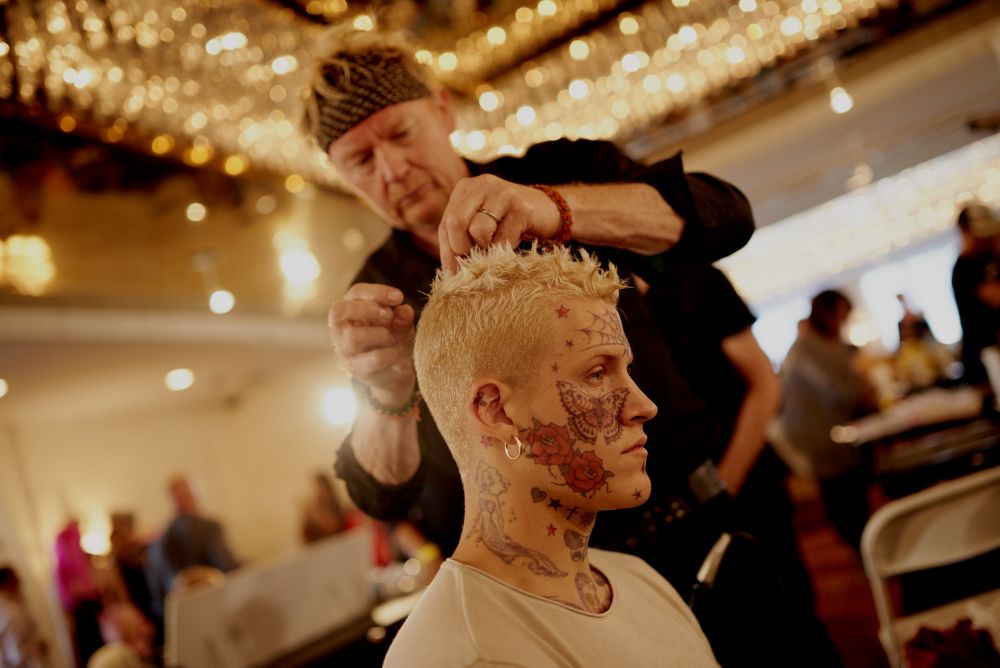 Lots of stylists have great stories about their clients, but how many start a story like this: “I was at a video shoot for the Rolling Stones’ Voodoo Lounge tour, sitting between Keith Richards and Ronnie Wood in their trailer, watching the World Cup. Then Mick Jagger pounded on the door because it was time to go on set and Keith and Ronnie wouldn’t let me go!”

When you talk to Oribe Creative Director Ronnie Stam, those are the kinds of client stories you hear. You also hear about work he’s done with legendary models like Kate Moss, Cindy Crawford and Linda Evangelista; photographers like Arthur Elgort and Paolo Roversi, rock god Steven Tyler and Ronnie’s mentor, the iconic session stylist Christiaan. (And yes, Keith Richards ultimately did allow Ronnie to get to the set that day.)

But despite the memorable experiences he’s had throughout a truly global and jaw-dropping career, Ronnie remains a humble and grateful artist, and at heart, a devoted educator—for both colleagues and clients. “I’ve done salon work and editorial work,” he says. “And I still love it all. But I see myself as a mentor, and I love to share ideas. There’s so much to teach and it’s an amazing feeling to be able to help stylists grow.”

“I Grew Up Smelling Perm Lotion in the Bedroom”

As one of eight kids in a big Dutch Catholic family in Amsterdam, Ronnie was literally born into the hair business. His father, plus many other family members, were hairdressers. “I grew up smelling perm lotion in the bedroom,” he remembers.

Initially he thought he would be a pro soccer player, but at 14, his creativity outweighed his athleticism and he enrolled in a hair academy in Amsterdam.

After finishing school, he was introduced to Christiaan, another Dutch stylist who had forged a career doing photo shoots with the world’s top publications and photographers, who also happened to be a friend of legendary stylist Oribe Canales. Christiaan took Ronnie under his wing, bringing him along to sets to assist and teaching him the ropes of fashion and photo work. Before long, his career took off.

Soon he was living in Paris, but weekends found him back in the salon in Amsterdam, where he remained in touch with the needs of real-world clients. “Paris isn’t far from Amsterdam,” he laughs, “if you drive very fast.”

It was during his early career as a salon stylist that Ronnie developed a philosophy that has served him to this day. “We had big mirrors and dryers all over, and we started teaching clients what to do with their own hair,” he says. “We would show them, and then we would ask them to do it. Even updos—we would put them up then take them down and make the client do it. The press came, people came from all over Europe because of this. We always felt it was important to make sure the clients’ hair looked good the next day … not just how it looked when she walked out of the salon. I educate around this to this day—it still works.”

As the Oribe company prepares to celebrate its tenth anniversary, Ronnie is proud to be among the earliest associates. He was approached by one of the Oribe founders, Daniel Kaner, nine years ago, and was offered an opportunity to educate for the company a few days each month. “I worked with his wife, makeup artist Sonia Kashuk, and we talked a lot about my philosophy,” Ronnie remembers. “The company was like a little family.” A few days a month became 10, then more, then he was named creative director, a title he downplays, saying, “When people call me that, I just say I direct creatively!”

Today, Ronnie characterizes Oribe’s educational mission as two-fold. First, to provide stylists with the means to elevate themselves and retain the joy in their work. “Being behind the chair can get boring,” he admits. “We want to shake it up. Make it fun. We want to give them confidence, so they can teach their clients. Then each morning, their clients will think about them because they’ve helped them.”

The second goal is to be sure stylists truly “get” the techniques the educators share. “People will spend money and time to travel to a hair show, get excited and inspired, but after three or four weeks, they’re back in their old patterns,” he reflects. “They learned but never owned it. After our classes, we tell them to go back to their salons and do a boot camp for their colleagues. You learn by teaching and you share by making sure your colleagues learn.”

After many years working with gorgeous models, visionary photographers and makeup artists, loyal clients and beyond-talented colleagues, Ronnie has amassed a storehouse of knowledge. Yet he’s boiled it all down to an important takeaway. Simplicity. “When I started doing fashion shows with Christiaan, we did 25 girls with two assistants and we made it work,” he explains. “Now the key hairstylist has 14 assistants, and everyone travels with dozens of suitcases. Christiaan still travels with a small kit. My wife once said, ‘I like your haircuts better 10 minutes before you finish.’ I really picked up on that. It’s like abstract painting. With hair, you have to know when to stop.”