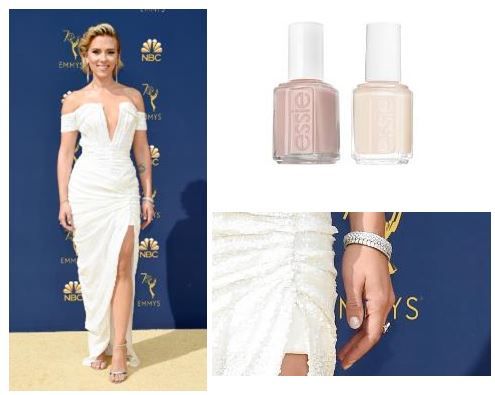 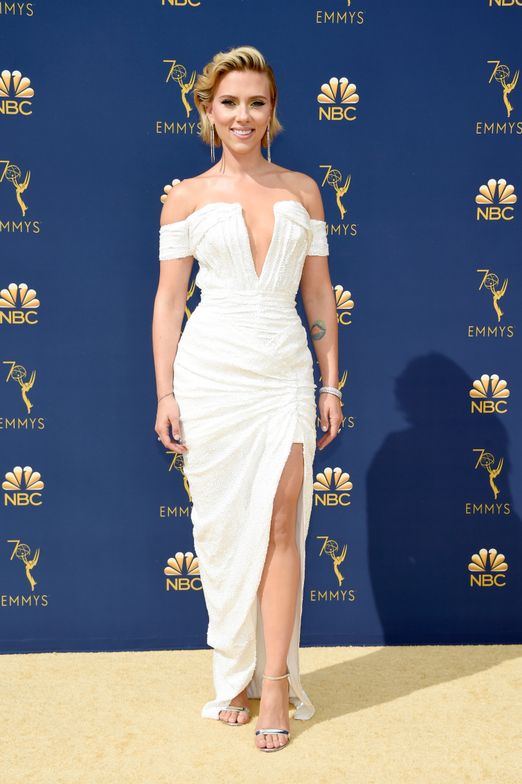 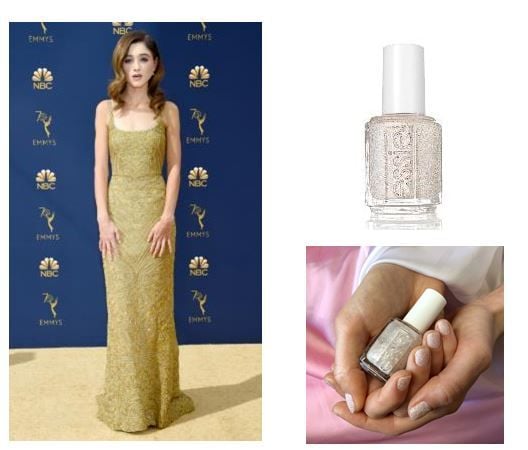 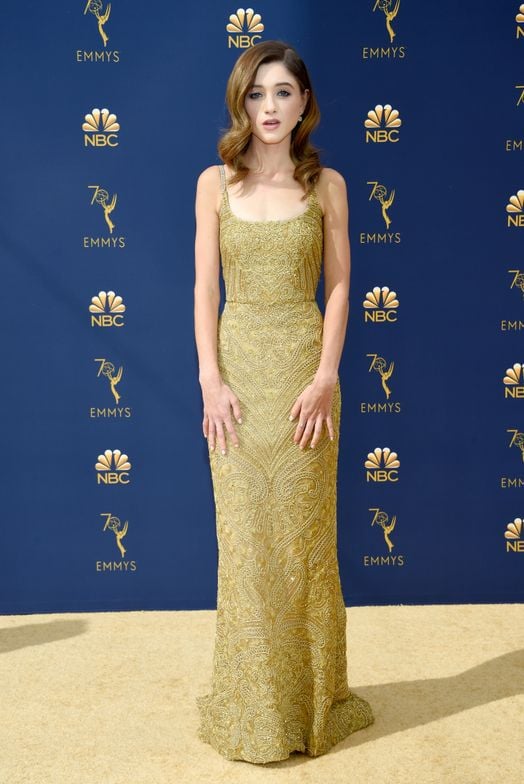 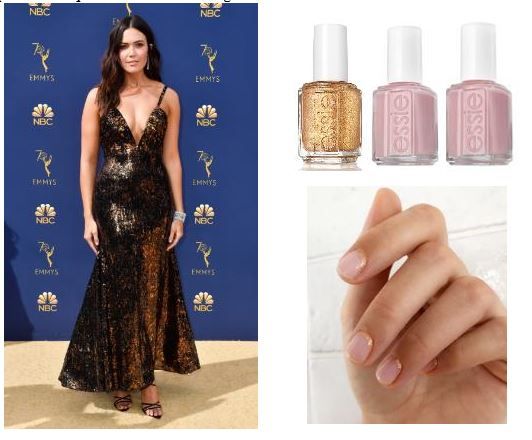 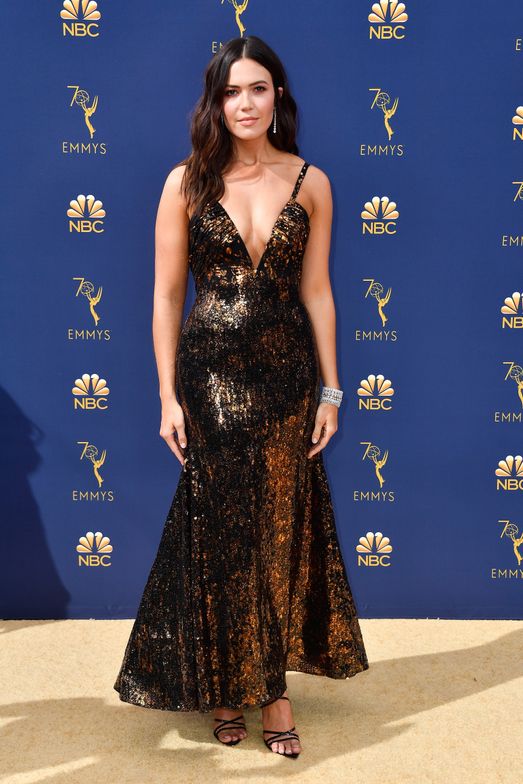 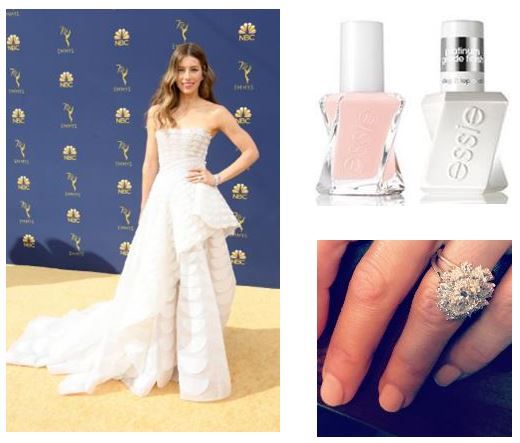 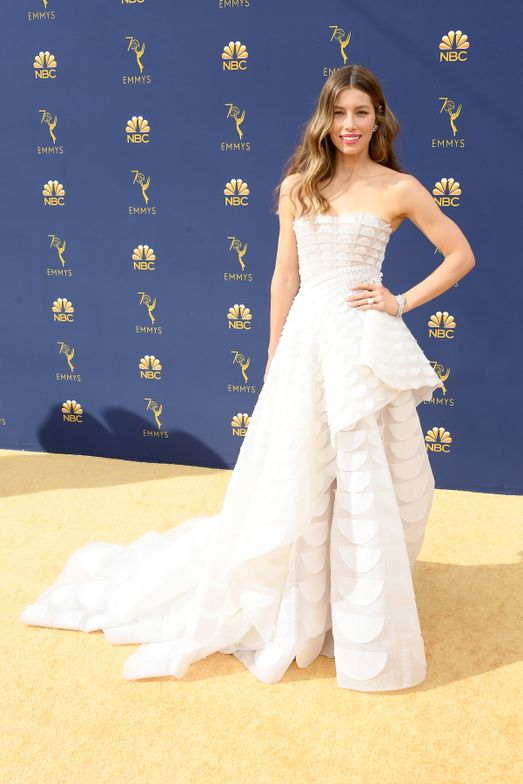 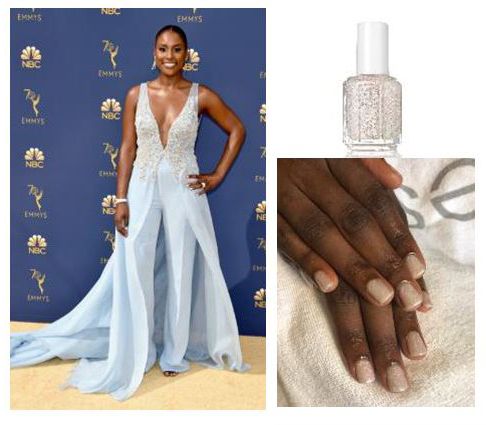 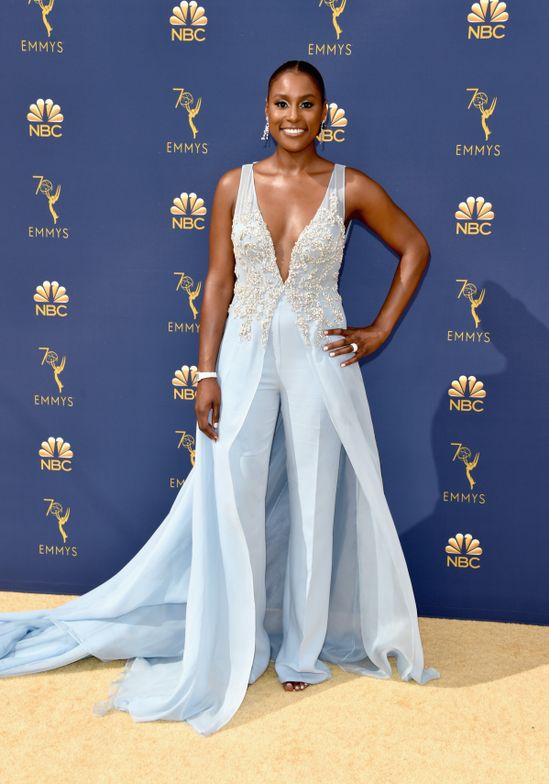 A common trend seen on the Emmy's Red Carpet were glitter nails. Essie debuted the new Concrete nails Collection (out Oct. '18) on top stars from Mandy Moore to Natalia Dyer.

Natalia Dyer
Inspiration: “We went for a more is more approach with glitter and were inspired by Natalia’s golden Dolce & Gabbana gown. essie’s NEW concrete glitters collection  in the shade venture to the venue, a vanilla white with gold shimmer, balanced beautifully against the intricacies of the dress. We skipped a top coat and let the unique matte texture of the manicure shine on its own. The final look proved there’s no such thing as too much glitz!” said Celebrity Manicurist, Steph Stone. 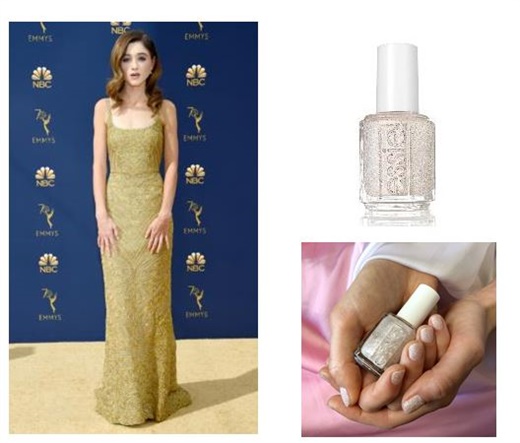 Mandy Moore
Inspiration: “Mandy and I went for the gold with her nail look, pulling inspiration from tonight’s gold carpet as well as the detailing on her custom designed Rodarte dress. We used essie’s NEW concrete glitters collection in can’t stop her in the copper around the cuticles to create subtle dazzle against a classic nude base,” said Celebrity Manicurist, Michelle Saunders. 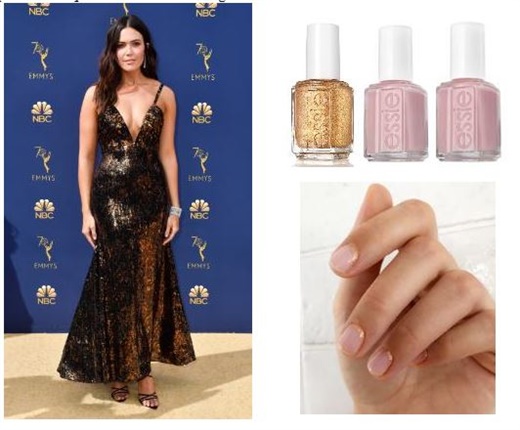 Issa Rae
Inspiration: “Taking a cue from the detailed beading on Issa’s timeless Vera Wang pantsuit, we decided to incorporate another sparkle moment via her manicure. We used essie’s venture to the venue, a shimmering vanilla-white from the brand’s NEW concrete glitters collection. The shade was stunning against her skin-tone and truly brought the whole look together!” said Celebrity Manicurist, Eri Ishizu. 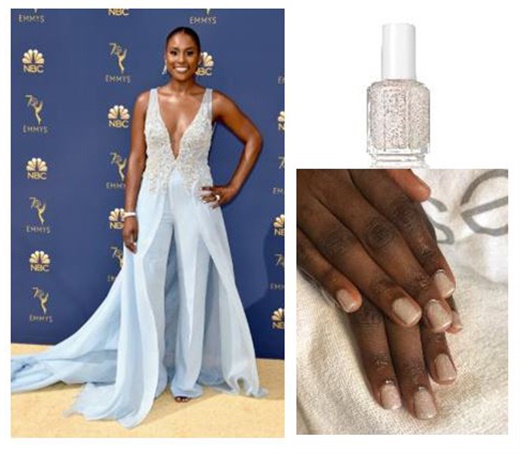 Jessica Biel
Inspiration: “Jessica was a vision in white tonight! To complement her natural beauty, it was important that we created an easy, effortless look from head to (hands) to toes. Because her Ralph & Russo gown was so modern-romantic, essie’s gel couture in fairy tailor, a sheer nude pink, made for the obvious choice,” said Celebrity Manicurist, Casey Herman. 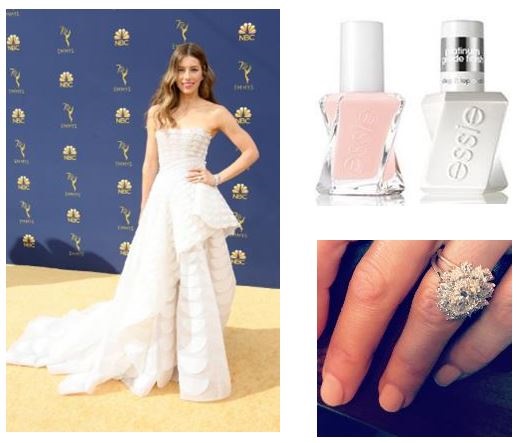 Scarlett Johansson
Inspiration: “For tonight’s look, Scarlett wanted her nails to complement her sequined Balmain dress. essie’s classic ballet slippers made for a perfect soft pink base, followed by a coat of going steady, a sheer ivory shimmer. We topped it off with essie’s speed.setter top coat for an ultra-shiny finish to her glamorous look,” said Celebrity Manicurist, Emi Kudo. 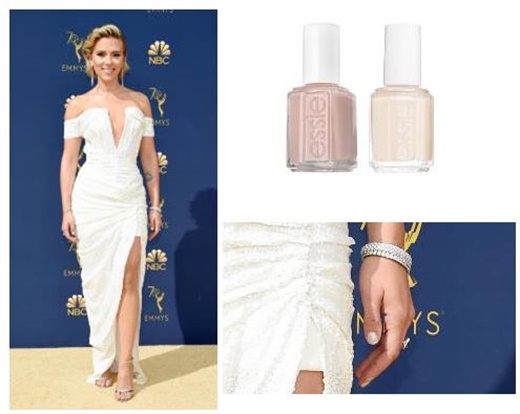