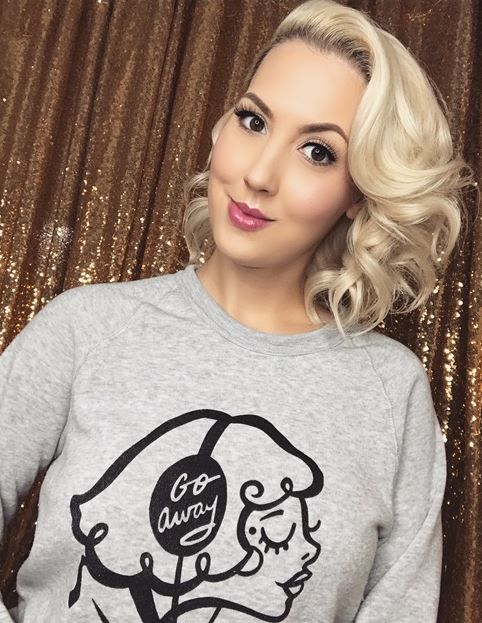 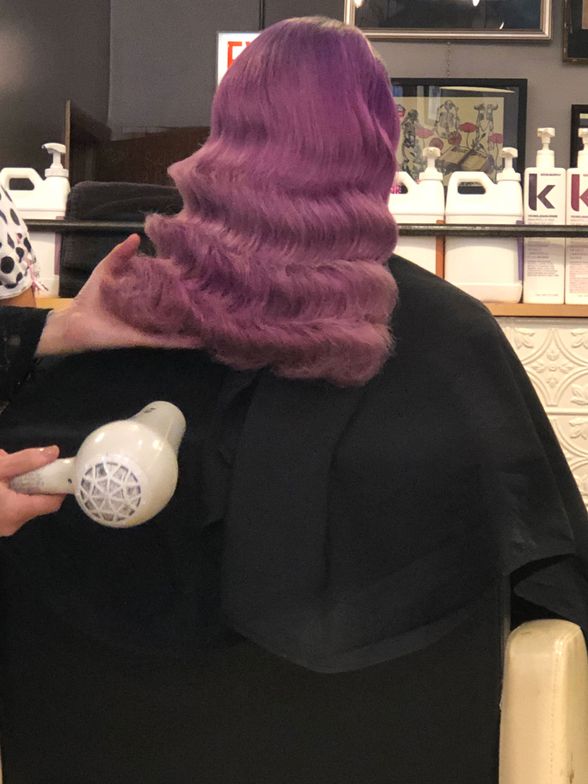 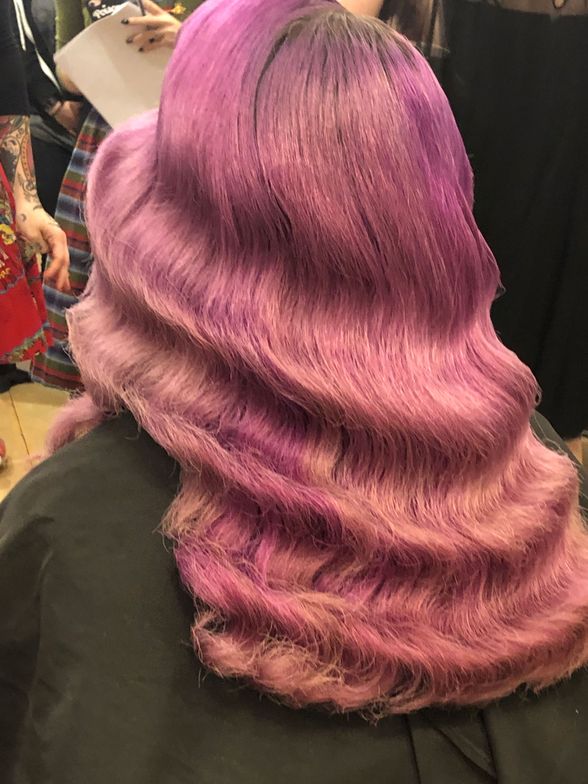 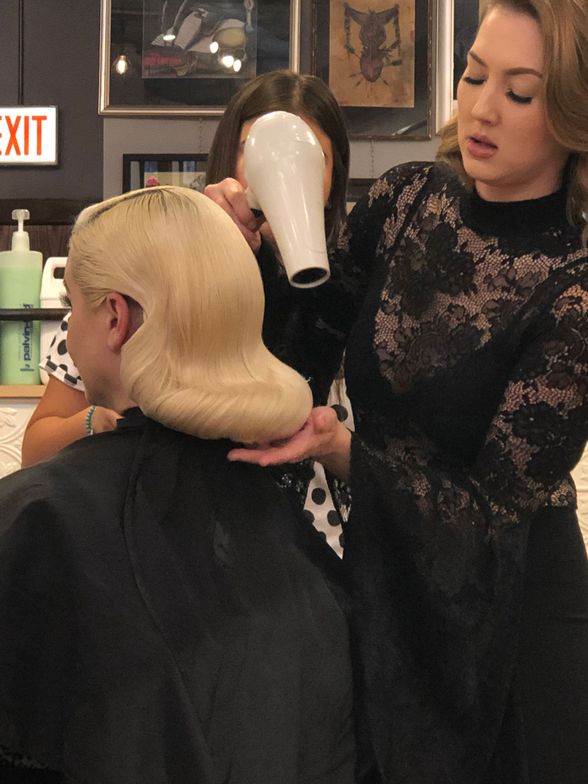 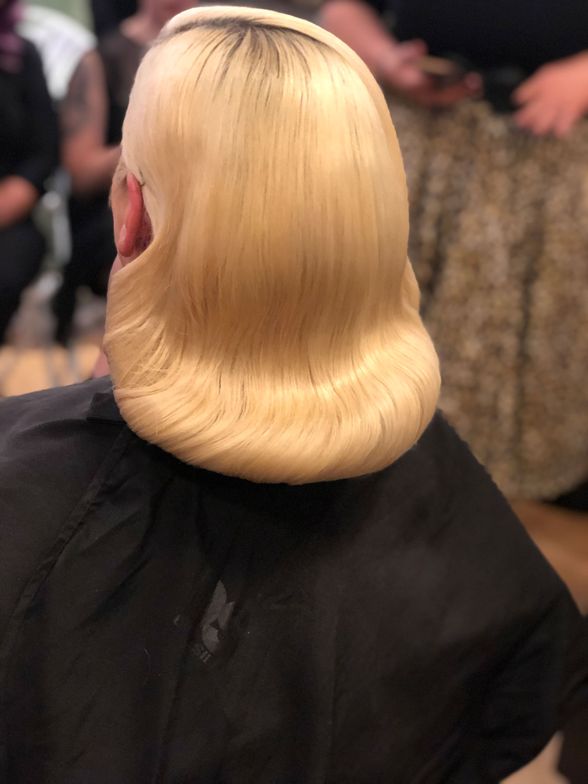 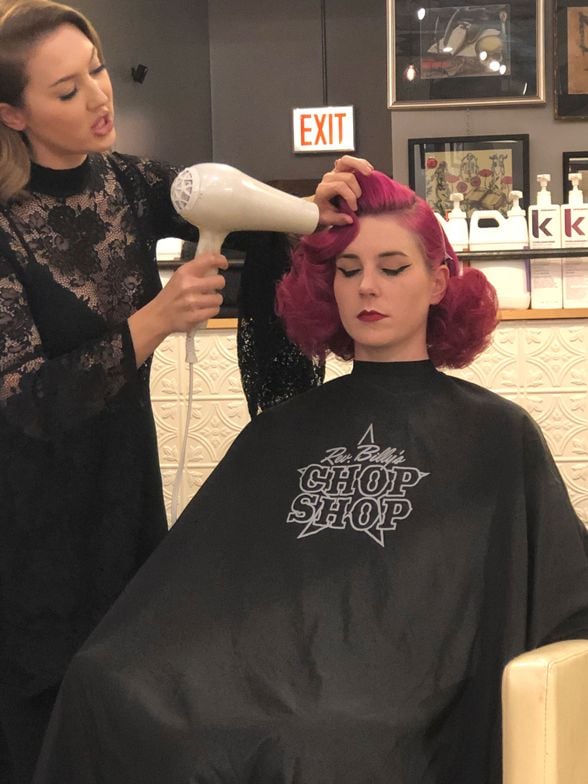 The third look could be created on almost any hair length. 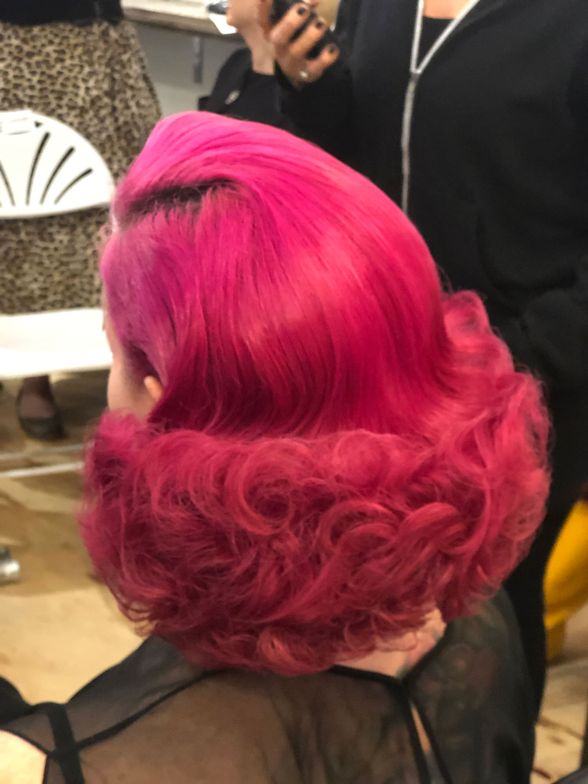 6/7
Slider
The third look could be created on almost any hair length.

On a cold, windy Chicago day, stylists and vintage-hair aficionados gathered inside Reverend Billy's Chop Shop to take a step back into an era of pageboys, Hollywood waves and middy styles. Donning large hoop skirts, pointed glasses and scarves, the students in Miss Ruby's Beauty School were ready to learn from the very best, Ruby Torrealba @missrockabillyruby.

During the class Torrealba also taught the classic curling iron setting pattern, and noted that curls should be allowed to cool 100% before any clips are removed. Attendees watched as three different vintage hairstyles were created: Hollywood waves, the pageboy and a curled middy style that Torrealba said could work for any hair length. The size of the curling rod and the temperature varied depending on hair length, texture and end goal, but the same products were used throughout the entire class:

Torrealba began by styling the Hollywood waves. She noted that the iron was 5/8 of an inch and the curls had been setting for a while. She also mentioned that this is the one vintage style that's nearly impossible to do on yourself. The style begins with tight curls around the entire head following her suggested curl pattern. Once the curls had cooled, she removed the pins and began to brush out the curls slowly. The brushing was followed by a comb through, something Torrealba said is like a magic wand to getting this style to look flawless. Once the look was combed, she then applied hairspray on the surface, along the bottom edge and everything underneath. She used the blow dryer on the lowest speed but highest heat to seal in the edges and create what she called a "hat of hair."

For the second and third looks, Torrealba followed similar patterns. She curled the hair, set it, let it cool and then began to brush it out. The products remained the same. What changed were the different techniques, the hair length and different placements of duckbill clips and backcombing. "I keep my steps really similar so it's quick and easy and you can remember it," Torrealba says.

Torrealba says it's important to have realistic expectations for your client's hair versus the style they want; a pageboy won't work for someone who has hair longer than their shoulders. In the end, lots of practice makes perfect.