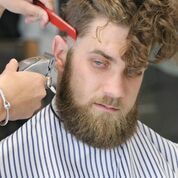 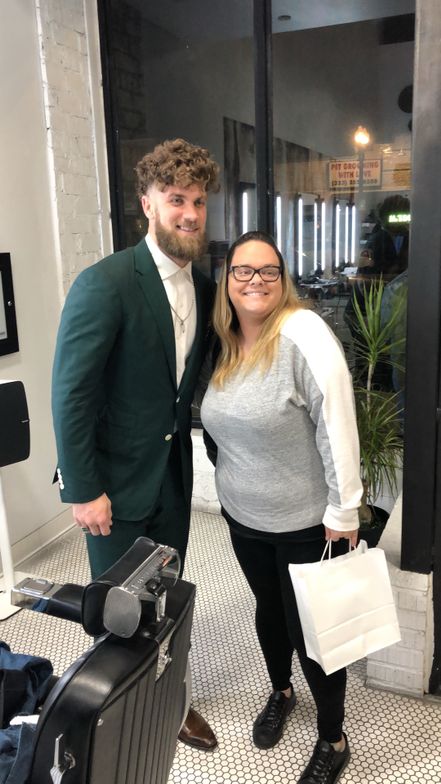 Bryce Harper and a fan at Blind Barber 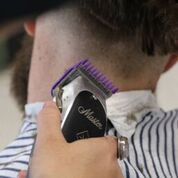 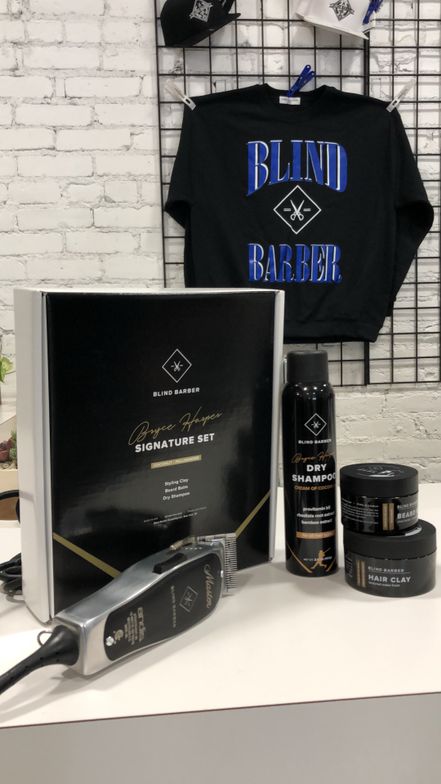 2/4
Slider
Bryce Harper and a fan at Blind Barber

The Blind Barber in Los Angeles hosted a Blind Barber x Bryce Harper event, sponsored by Andis, on Thursday, November 15, to celebrate the launch of the Blind Barber x Bryce Harper Capsule collection, a streamlined styling system. Harper, an outfielder with Major League Baseball, has a famously good head of hair.  So to get fans excited about the launch of this new product assortment, they let them vote on what cut they think Bryce should roll with this off-season. Anyone who voted was automatically entered to win a year's supply of the Blind Barber products and a signed baseball by Harper.

The final look, dubbed The Curve, is broken down below by Jessica Zeinstra, Global Education Director for Andis:

ABOUT THE STYLE: Don't be afraid of perms for men. Gone are the days of your grandmother’s perm and roller set combo. We're seeing an emerging trend, specifically in the men's grooming space, to embrace naturally curly texture. We've modernized this look for Bryce's cut with the top remaining significantly longer than the sides. This allows for the perfect combination of a clean cut that's still fashion forward.

HOW-TO ACHIEVE THE CUT: Start by clipping the sides down to a #1/2 or shorter, while leaving length through the parietal or widest part of the head. This may seem counter intuitive, but it will give a base and support for the long curly top. Next, used longer magnetic attachment combs like the, Andis magnetic combs, to blend through the longer lengths on the sides. To finish the look, trim all the way down to the skin for an overall style will look even crisper. For styling, use a diffuser attachment on your blow dryer to amplify the curly texture. Don’t be afraid to let it get big!

TOOLS OF NOTE: A great tool for this cut is the Andis Master Adjustable Blade Clipper, which is actually the same one the barber used to cut Bryce’s hair! The look was finished by trimming with the Andis ProFoil Shaver and Cordless T-Outliner.