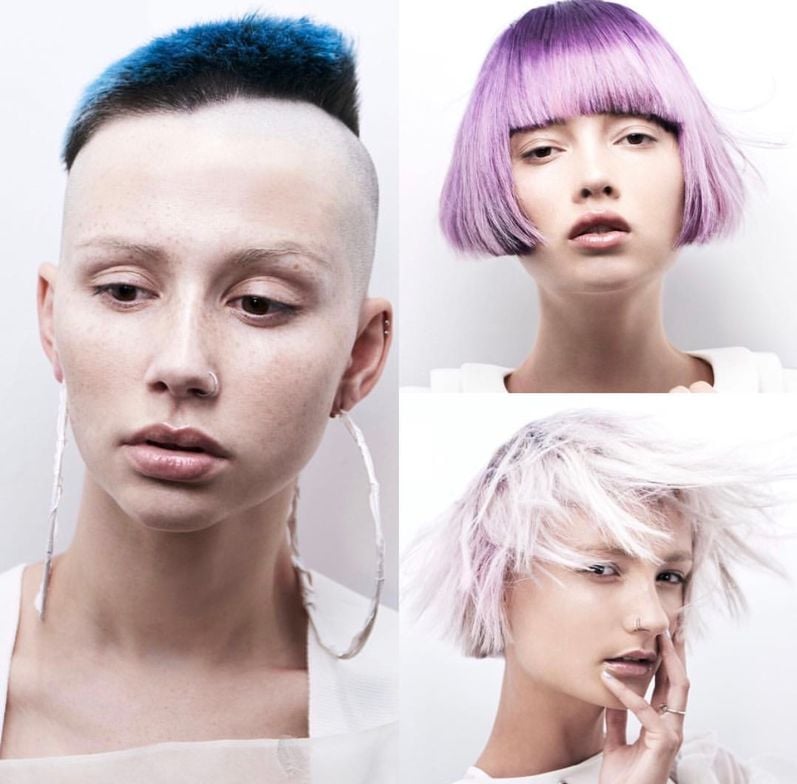 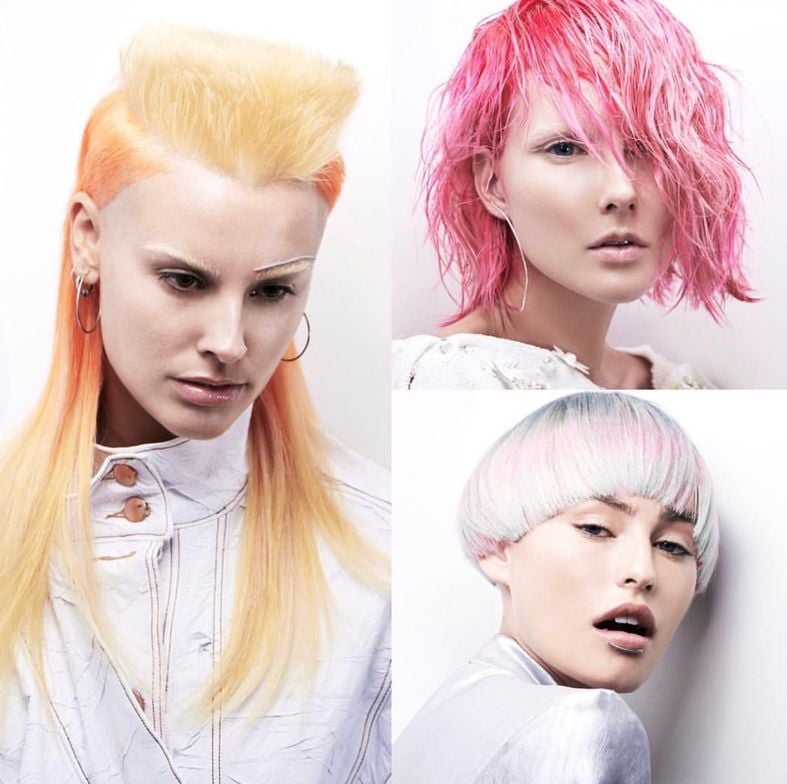 Over the coming months, Australia’s 2018 Color Technician of the Year and Matrix Global Director,  Stevie Corthine @stevieenglish, will be conducting education in cities around the US. With multiple awards to his name, Corthine, the owner of Stevie English in Glebe, Australia, is the consummate educator and his approach to color is to try anything, but do it well and on-message.

"I always stick to what’s on-brand for me; I can’t do muted, earthy tones, that’s not my aesthetic," says Corthine, who will participate in the Matrix Trends 2020 photo shoot early on in 2019. "You want your work to be recognizable because, ultimately, you’re creating your own personal brand."

It's not just the shades he uses that guarantee beautiful finished looks every time, it’s also his approach. He can experiment with ease because he is so fastidious over the basics – making sure the color is mixed properly, applying it almost forensically, and color-blending perfectly.

"Sometimes hairdressers can get a bit lazy. It’s easier just to give the client the same color every visit rather than explore a new direction. But that conversation is crucial to giving your client the color she or he wants. It also enables you to introduce variations in color, which secures loyalty. Otherwise, she’ll get bored of you as she gets bored of her hair," he explains. "That laziness, or satisfaction with ‘okay’, also extends to the actual mix, which leads to sub-standard results."

Corthine is a huge fan of Matrix Bond Ultim8, adding it frequently to his formulas. He also loves bright, bold color, as evident in the winning 2018 collection that perfectly captured his aesthetic. But as with any color, it needs to be mixed fully.

"Not just a few swipes around the bowl. When you apply color that has been inadequately mixed you can get variations that will show up in the hair, which you can’t have when working with either the minimalist pastels or the rainbow brights. You can’t hide badly applied, badly mixed color. I always urge my audiences to buy a Ping so their colors get mixed properly every time."

His other ultimate rule is to be exact with sectioning and placement.

"I always think about my color palettes, picking out what I want, and then I look closely at how I can translate that, how they might work with the cuts and other colors, where and how to apply and the synergy between them. You can’t apply every color exactly the same way every time; it just doesn’t work like that."

Corthine already has numerous dates in his diary, not just for the US but also Europe and Asia, even one date in New Zealand. At every show or seminar he will be preaching the ‘Stevie English’ take on color: an uncompromising approach to placement, a fully aerated and blended product and an adventurous approach to shading.

How to Make the Transition to Salon Software

Vibrant color specialist Sydney Lopez @sydneyannlopezhair has more than 100,000 followers on Instagram, but up until a few months ago, she was still running her Denton, Texas, salon using pen and paper. Here, she tells MODERN why she made the switch to Salon Iris business management salon software.

Erin Mills is a colorist and new salon owner. When she opened up Theory Salon in Orlando in September 2019, Mills knew she needed to set her team up for success. Incorporating Dyson's Supersonic Professional Edition was a must.

How Stylists Can Sample to Capture a Future Sale

Three proven tactics on how to follow up on a sampling campaign and all are guaranteed to bounce your revenue forward and ensure you capture future sales dollars.

Buying Salon Software? Here’s What You Need to Know

Don't forget to consider these things before bringing on a new salon software.

Permanent Solution: How to Create Hair That Is Easy to Style, Every Day

“People just think 80s when you say perm, but texture is back, and it is sexy!”

In partnership with SalonCentric

6 Steps to a Saucy Bob Cut

Number six is our favorite and one that we don’t always emphasize when it comes to approaching a haircut.

FOILING TIP: How-To Create A Stenciled Foil (and WHY!)

Learn how-to create your own stenciled foils. More importantly - learn WHY this is a good idea for colorists working with foils.