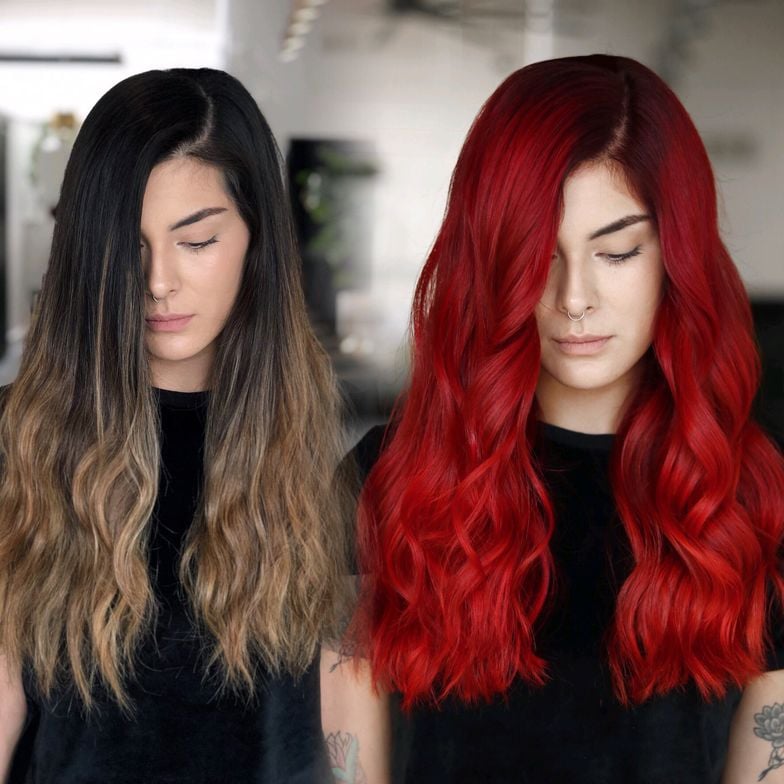 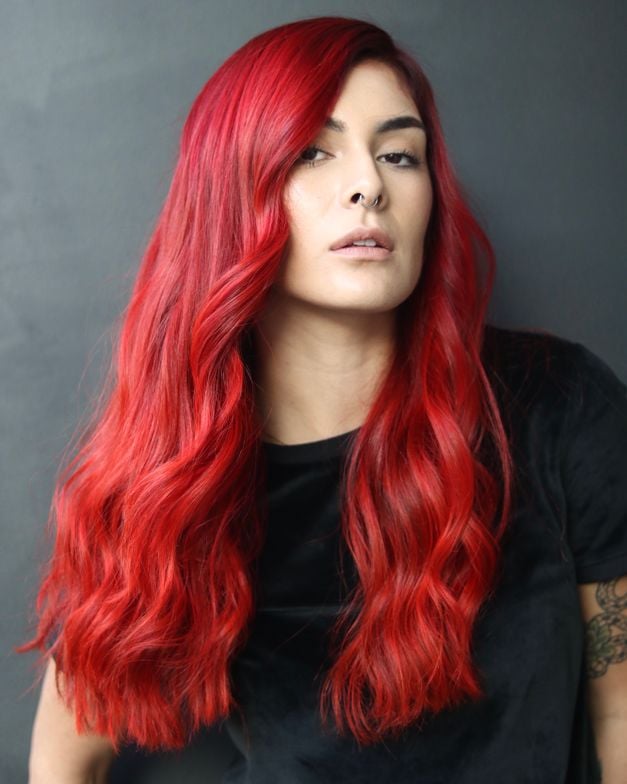 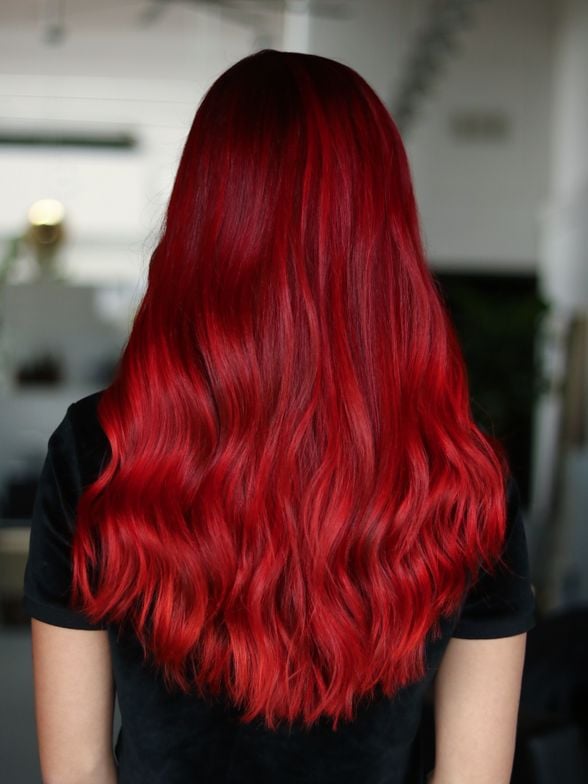 “At first glance, I didn’t think Ashley’s transformation would have been such a correction,” Constance Robbins (@contancerobbins) who describes herself as “Queen Of Reds”, says. Her first thought was that some foilyage and color melting would be enough for this new look. “Then I discovered she had previous color - and it was black box dye! So we had to remove color before even thinking about the red.”

To create an all over even canvas, Robbins began Matrix Color Erase. “With reds, it’s crucial not to over lighten. Make sure you only take them to the underlying pigment of your desired end result. This gives you more longevity with your color and a more rich red that doesn’t look hollow.”

She then prepared color for a melt:

“I chose a permanent color for her base because I opted not to take the color remover all the way to the scalp since that hair was virgin and I needed a little bit of lift on her natural hair," Robbins says. "When choosing formulas for reds always go darker and cooler toned at the base and lighter and warmer for the ends. It will give your reds more of a natural believability and prevent that dreaded hot root!”

Next, Robbins blended in the mid and ends formula, really working the color in to the hair. “I’m blending permanent into semi-permanent which is a controversial technique. You will hear a lot of colorists recommend this in two processes because sometimes when oxidative color hits direct dyes there can be a hollow section where the two meet. I’ve honestly never had this problem with reds. I have no idea why it works for me for reds only. Maybe it has something to do with the fact that my permanent formula has both oxidative dyes AND direct dyes in it.”

After processing for 30 minutes, Robbins shampooed with Matrix Keep Me Vivid shampoo, followed by Keep Me Vivid Laminator Spray to lock in the color. The hair is then finished with Keep Me Vivid conditioner.