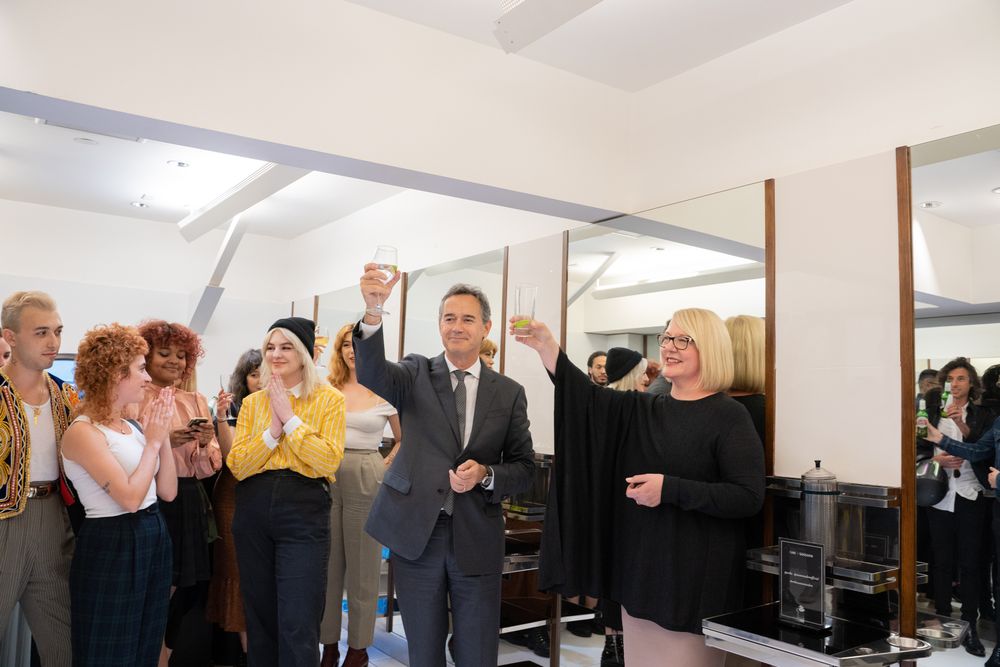 Daniel Kaner and Debbie Webster in NYC, toasting the launch of the Oribe and Sassoon partnership. 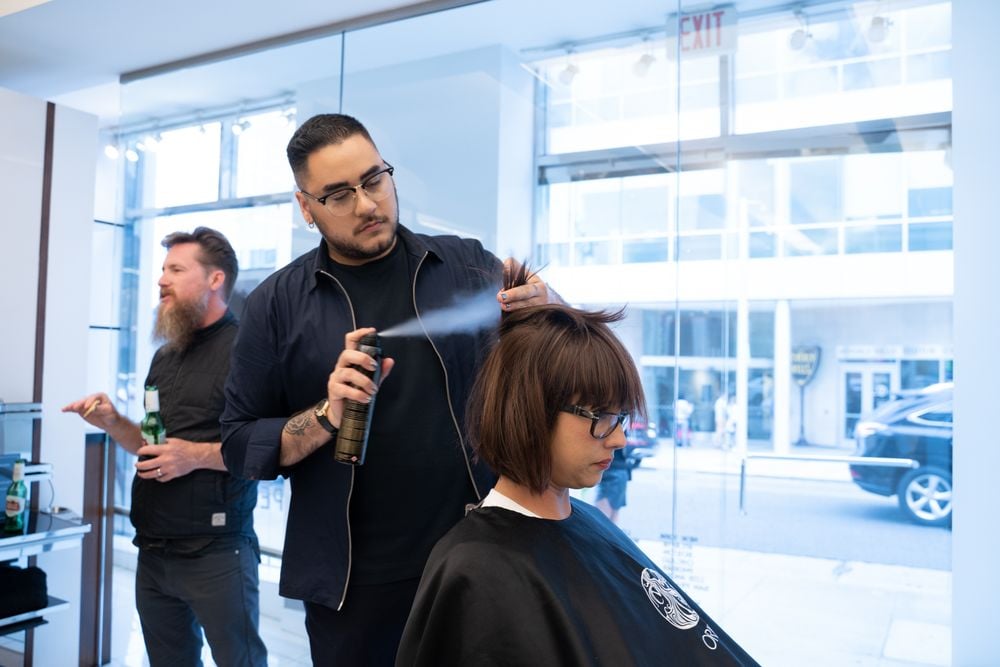 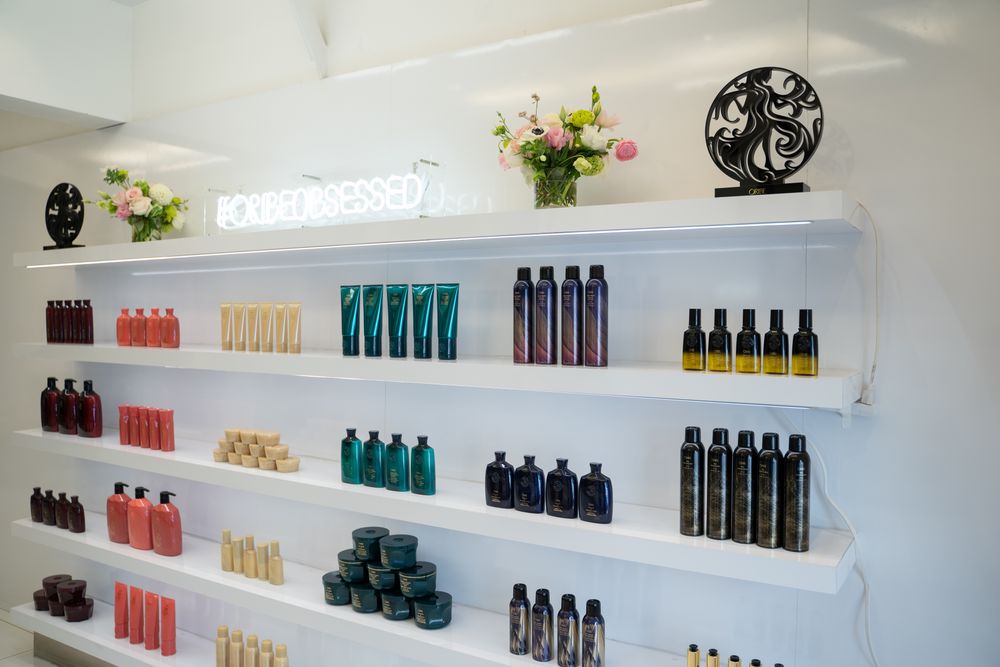 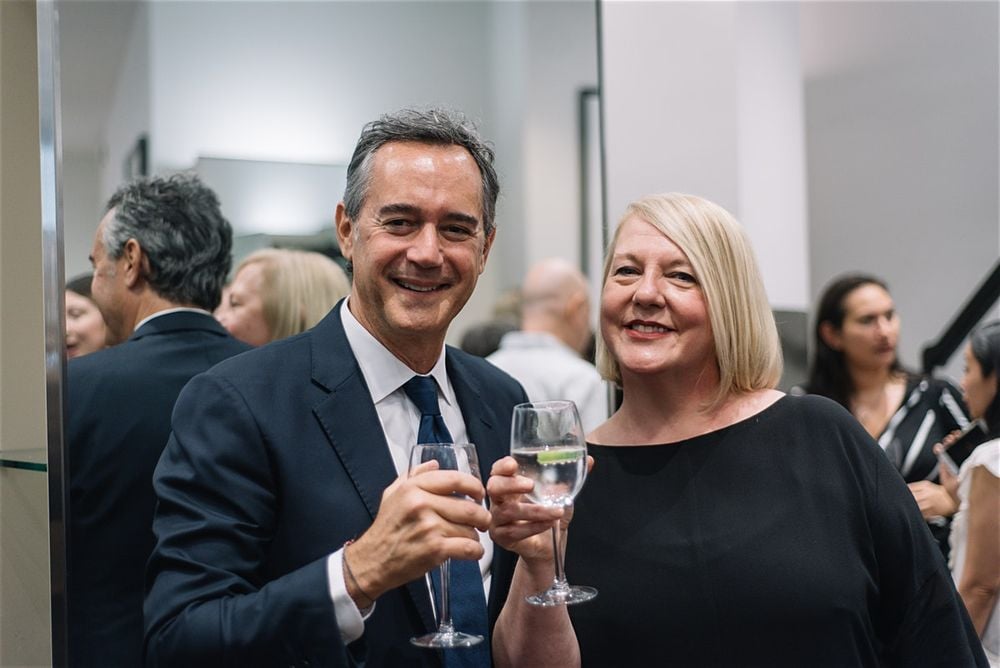 Daniel Kaner and Debbie Webster in NYC, toasting the launch of the Oribe and Sassoon partnership.
1/4
View all

1/4
Slider
Daniel Kaner and Debbie Webster in NYC, toasting the launch of the Oribe and Sassoon partnership.

4/4
Slider
Daniel Kaner and Debbie Webster in NYC, toasting the launch of the Oribe and Sassoon partnership.

Oribe Hair Care is now available in Sassoon Salons nationwide, and the teams came together to throw two cocktail parties—the first in the New York City Sassoon Salon on May 21 and the second in the Beverly Hills Sassoon Salon on May 30—to kick off the partnership. Both events saw about 150 editors, influencers and salon VIPs. Oribe Co-founder and President Daniel Kaner and Sassoon Director of North American Operations Debbie Webster hosted the parties and made a toast at each. They spoke about their admiration for each other and their excitement over the new collaboration. Dry styling by Sassoon stylists using Oribe products was offered throughout the event as attendees ate, drank and enjoyed the evening, celebrating the new partnership between the two legendary brands.

Kaner and Webster chat about the partnership in this short video:

Beard Oil and After-Shave Gel are introduced with more products to roll out in months to come.

Regis and EEG entered into an agreement pursuant to which Regis will sell its interest in EEG in exchange for de minimis cash compensation, an exclusive private label supply agreement, and an employer of choice arrangement.

The winning team will travel to Milan in March to represent at the worldwide competition.

A strong presence, impactful branding, and so many offerings in one spot made the new BBI booth one busy place.

Did you know 877 pounds of waste are generated every minute in hair salons? Here's what you can do to help.

John Ellis joins Soothe from Beachbody, where he was previously Group Vice President of Content and Commerce, overseeing product management, growth marketing, and e-commerce operations for their digital subscription offering.

A heartfelt film about an African American father struggling to style his daughter's hair for the first time captures a 2020 nomination for best animated short film. Watch it here!