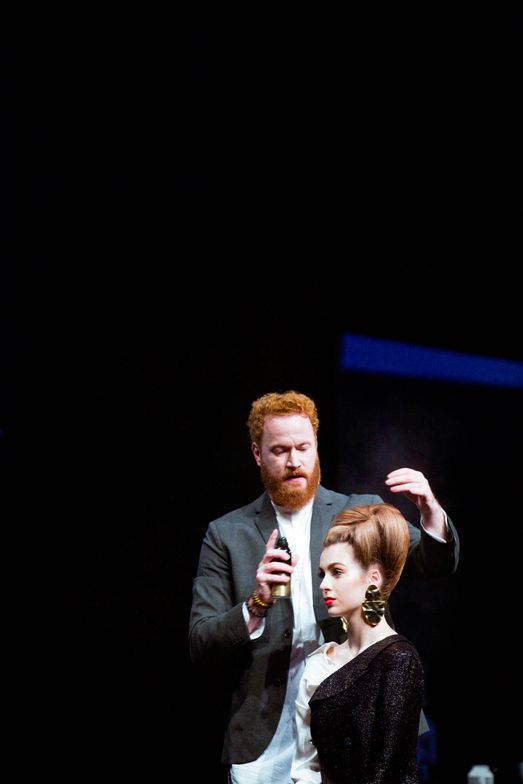 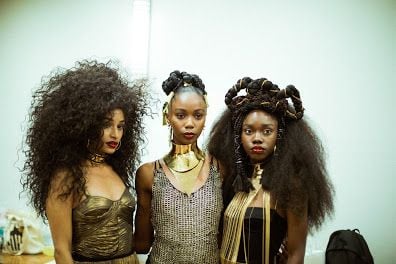 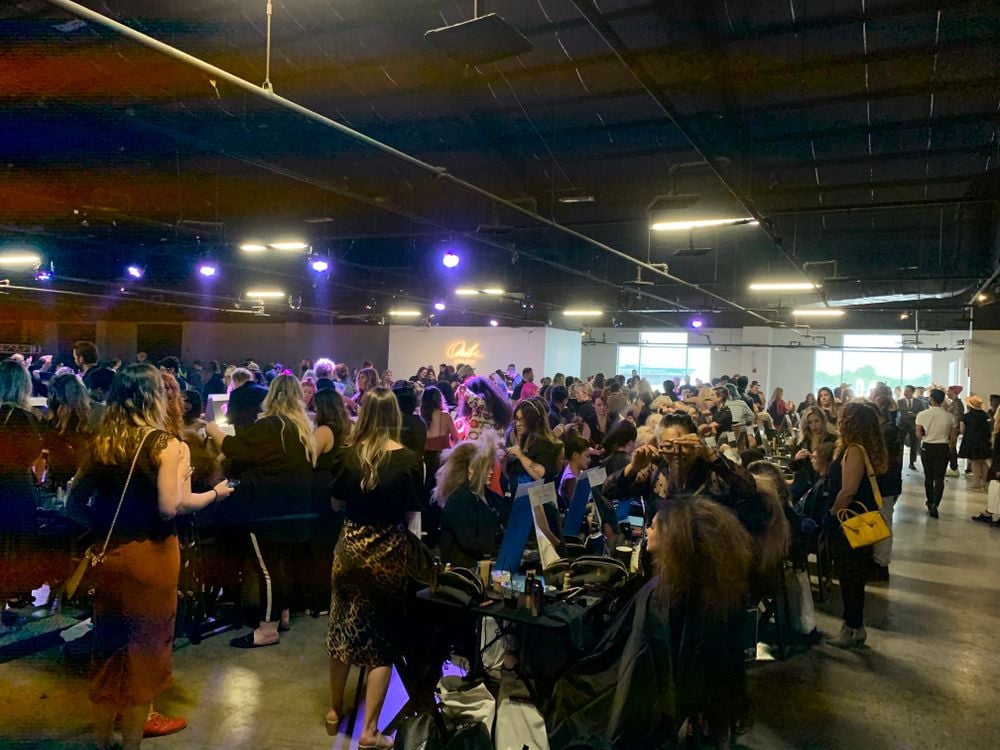 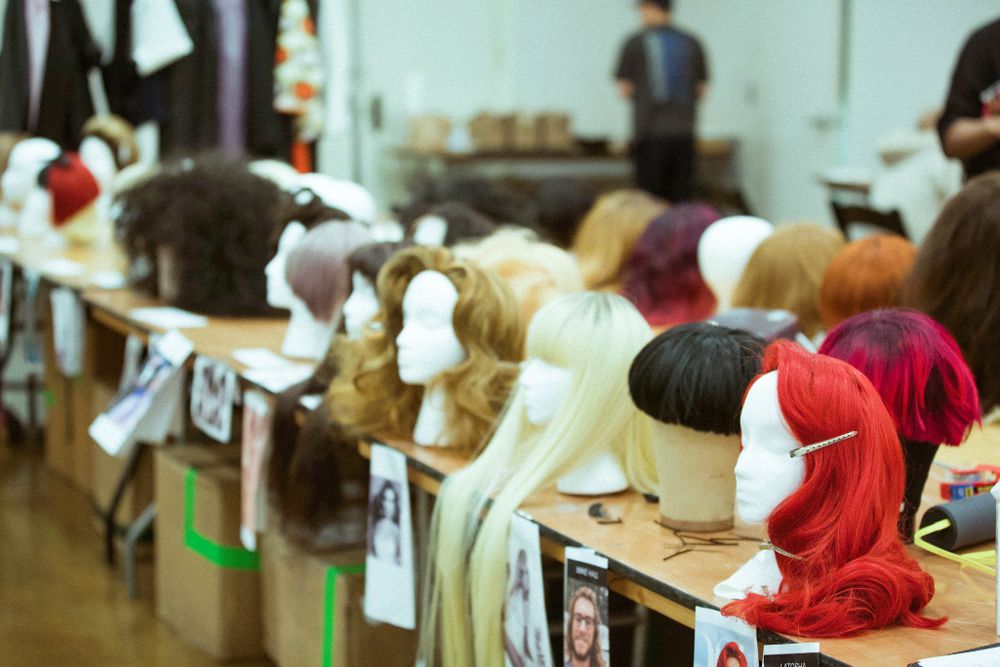 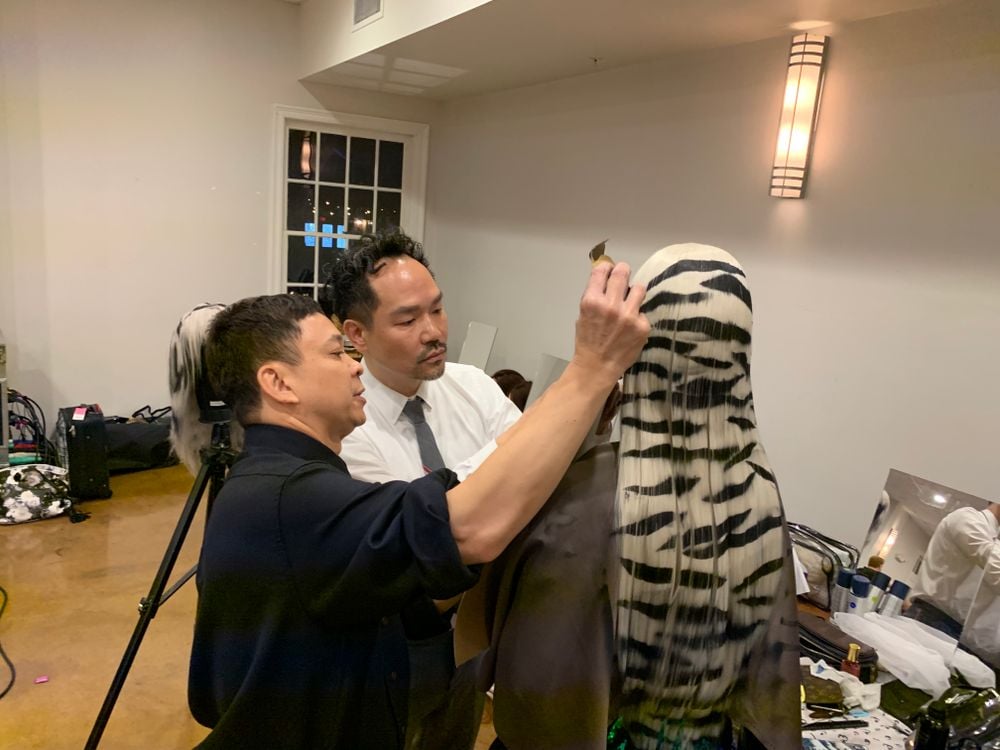 Kien Hoang and Nathan Lbra prep a wig while backstage before the 2019 Oribe Atelier kicks off.

Kien Hoang and Nathan Lbra prep a wig while backstage before the 2019 Oribe Atelier kicks off.

It’s been almost one year since Oribe Canales passed away, but the legend’s memory lives on in the iconic styles he created, the hairdressers he trained, the slew of models, celebrities and socialites he touched and the product line he co-founded. Oribe Hair Care dedicated the 2019 Oribe Atelier to the memory of Oribe (best known by his first name), celebrating his silhouettes as they were recreated or used as a reference by the team he trained and the artists he inspired. Leading the show were all the key Oribe educators, including James Pecis, Kien Hoang, Coby Alcantar, Ronnie Stam, Stacey Ciceron, Ashley Brecken, Mandee Tauber, Manny Hernandez, Christian Ceja-Compin and Adam Livermore.

Every look presented at the atelier (held in New Orleans at the famed Mardi Gras World) was an homage to an Oribe silhouette from his early career in the 1980’s to his most recent editorial work. Known for his tasteful and elegant designs, Oribe’s work appeared on hundreds of magazine covers (including MODERN!), advertisements and red carpets around the world. Top photographers and designers (including Versace, Calvin Klein and Chanel) relied on Oribe to enhance their fashions with appropriately appointed hair.

850 salon professionals attended the full day event, the brands only official tribute to their namesake.  The show and workshop included a stage performance, dozens of models, a presentation by Goldwell, a photo booth, an art class, a pro shop, a drum line performance and a mock “Mardi Gras” parade. 200 stylists participated in the hands-on workshop, creating an Oribe inspired finish on live models, who were then photographed along the ring light wall. It was, from start to finish, a beautiful celebration of a beautiful life.

An overview of the 2019 Oribe Atelier: