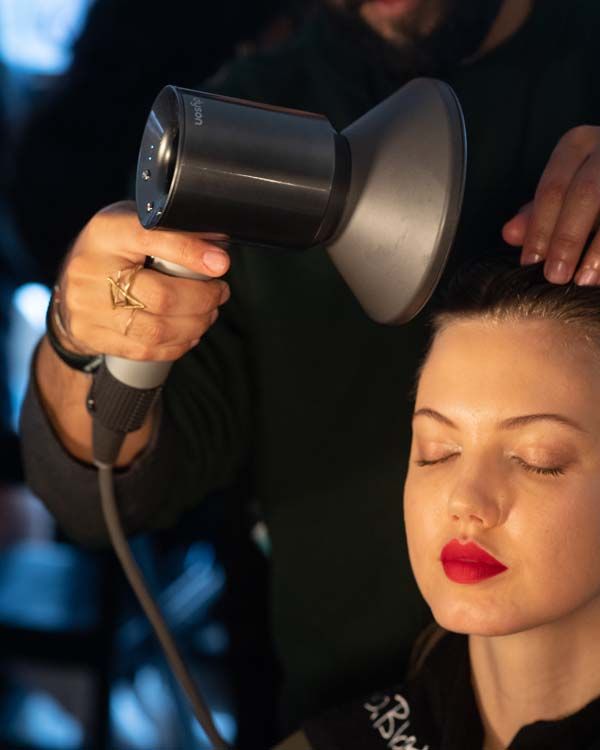 Todd Tinnel @toddtinnel, national education manager for Dyson, sees many advantages to diffusing hair. “You’re speeding up the natural drying process but doing so without the unintended downside of causing frizz,” he says. 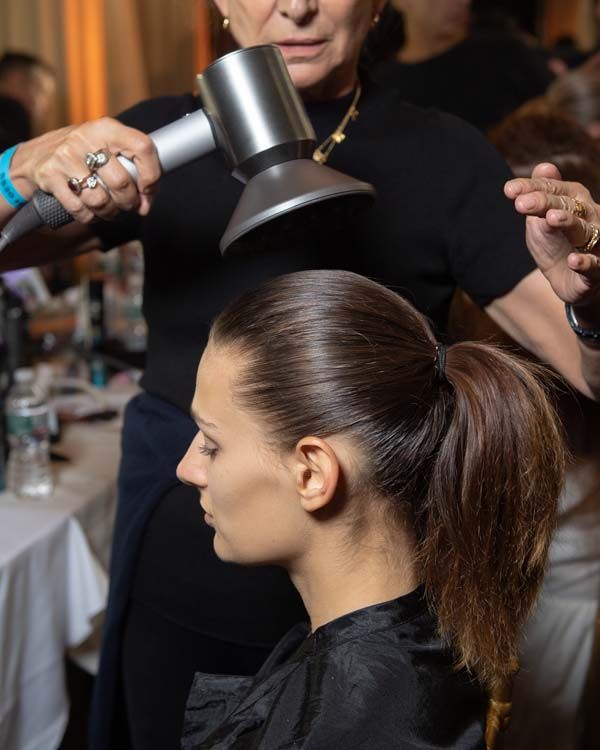 Todd Tinnel @toddtinnel, national education manager for Dyson, sees many advantages to diffusing hair. “You’re speeding up the natural drying process but doing so without the unintended downside of causing frizz,” he says.

One of hair color’s most formidable enemies is heat. But try telling that to your hair color client who adores her blowouts and iron-formed beach waves! Here’s a compromise: Get to know your diffuser attachment. Diffusers speed up drying without subjecting the hair to excess heat and airflow, thereby lowering the impact that can lead to premature fading.

Todd Tinnel @toddtinnel, national education manager for Dyson, sees many advantages to diffusing hair. “You’re speeding up the natural drying process but doing so without the unintended downside of causing frizz,” he says. “Clients with thick hair won’t have dampness trapped at their scalp for hours until their hair dries. Using a diffuser also gives you more control in enhancing or manipulating the hair’s natural texture. For example, you can create a stronger wave or add volume.”

GENERAL DIFFUSER TIPS
Tinnel’s tool of choice is The Dyson Supersonic™ Professional Edition Hair Dryer with its snap on,  magnetic diffuser attachment. When using the diffuser, he recommends reducing the air speed. “The diffuser is made to simulate natural drying,” he says. “The more air you push through any diffuser, the more you disturb the natural shape and texture, which leads to frizz. Also, don’t ‘rock and roll’ the diffuser too much. The more you move the attachment with hair in the bowl, the more you disturb the natural texture.”

DIFFUSER TIPS FOR CURLY HAIR
Tinnel’s advice is to start at the ends. “It sounds counterintuitive but trust me, it works,” he says. “For the best curl definition and least amount of frizz, first dry ends completely.  Then move to mid-lengths and root areas. I learned this from the ‘curl whisperer’ herself, Pekela Riley! Move slowly around the head and remember, less movement is better when you have hair in the bowl of the diffuser. Let the tool do the work for you.”

DIFFUSER TIPS FOR WAVY HAIR
Tinnel says enhancing waves with the Supersonic Diffuser is a snap. “Pile sections of hair in the bowl and lift/elevate toward the scalp, essentially scrunching the hair in the diffuser,” he says. “Hold the tool in place until the hair is completely dry and the shape is locked in. Work around the head until all the hair is dry, then gently shake out the curls to soften and blend the texture. Another fun tip is to leave the ends out of the diffuser bowl when you’re drying to create a beach wave result.”

DIFFUSER TIPS FOR STRAIGHT HAIR
Believe it or not, a diffuser is great for creating texture in straight hair too! “Mist damp hair with a wave spray and then fold sections into an accordion shape,” Tinnel says. “Secure each accordion with a small curl clip and then use the diffuser to work your way around the head to dry each section. When sections are completely dry, remove the clips and shake out the hair to blend the texture. This results in an organic, wavy texture. It’s especially great for fine hair, because you’re using air to add texture, which makes the final look fuller as compared to using an iron.”

THE BENEFITS OF THE DYSON SUPERSONIC DIFFUSER
“Most diffusers are simply a single plastic screen that softens the airflow,” Tinnel explains. “This can result in uneven air and heat distribution causing spotty drying and hot spots in the diffuser bowl. This makes it more difficult to achieve perfect results. The Supersonic diffuser was engineered with three chambers that perfectly regulate and disburse the heat and airflow to ensure even distribution across the bowl. This means that every piece of the section is treated the same and dries evenly, without overheating some strands more than others. And the diffuser attachment is also magnetic. That means no struggle to attach the diffuser, and no chasing it across the floor when it accidentally pops off!”

Learn more about the Dyson Supersonic.