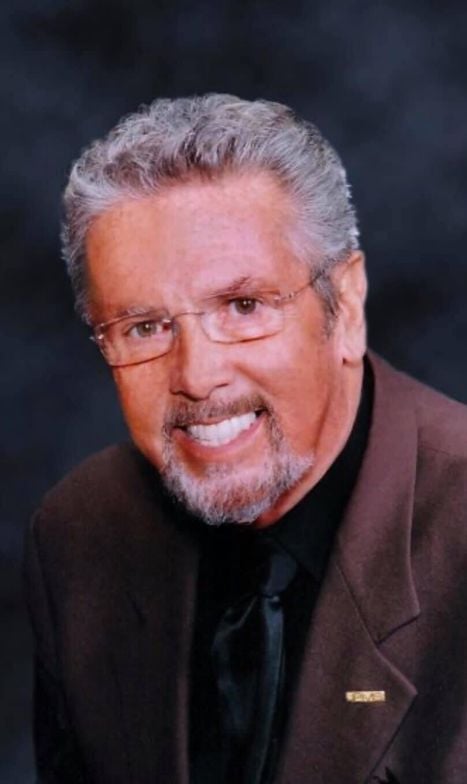 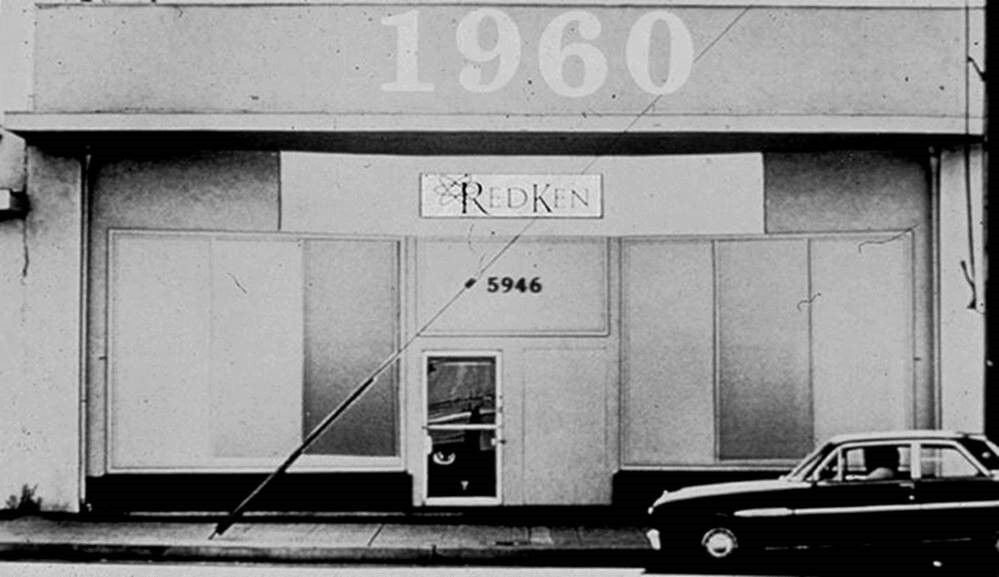 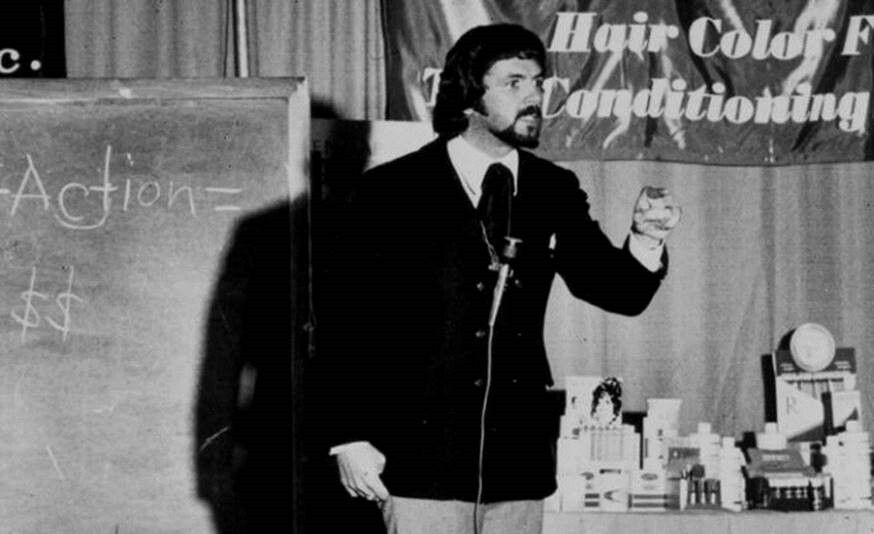 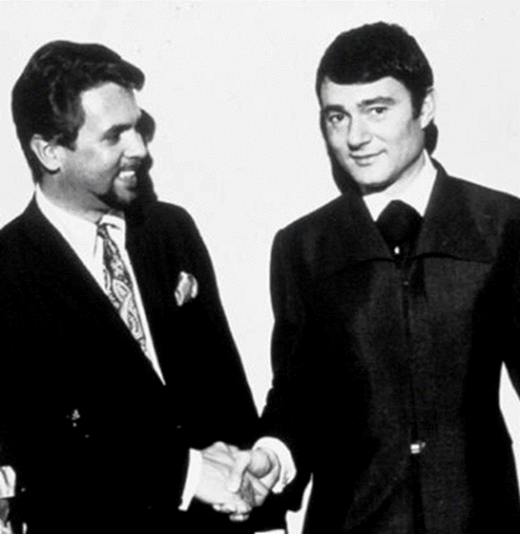 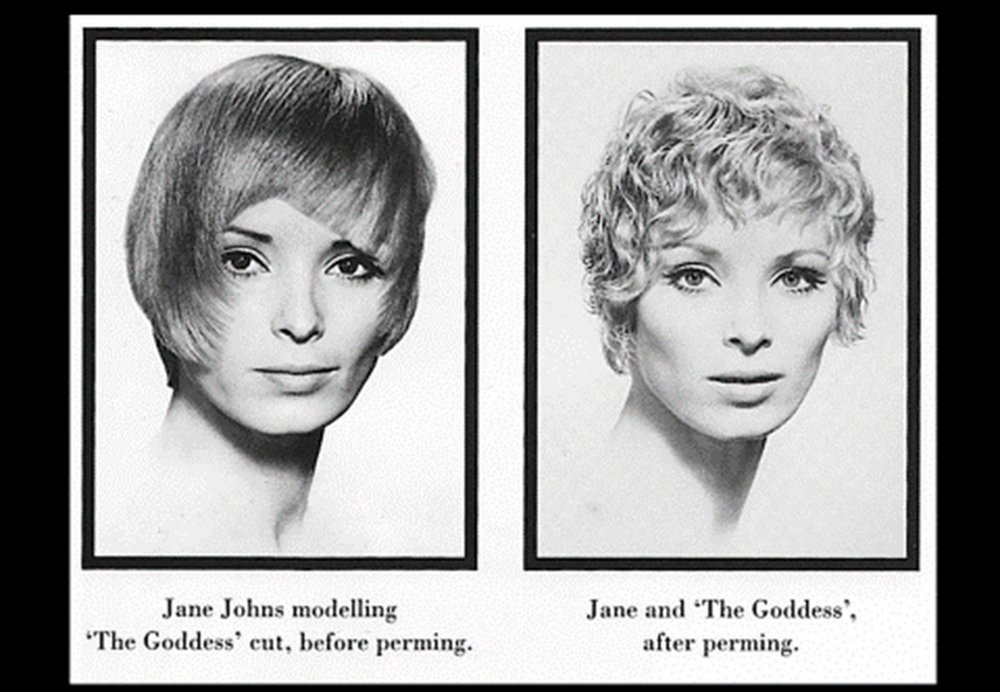 REDKEN was introducing a new permanent wave and Paula persuaded Vidal to perm one of his classic cuts. The style was called “The Greek Goddess.” 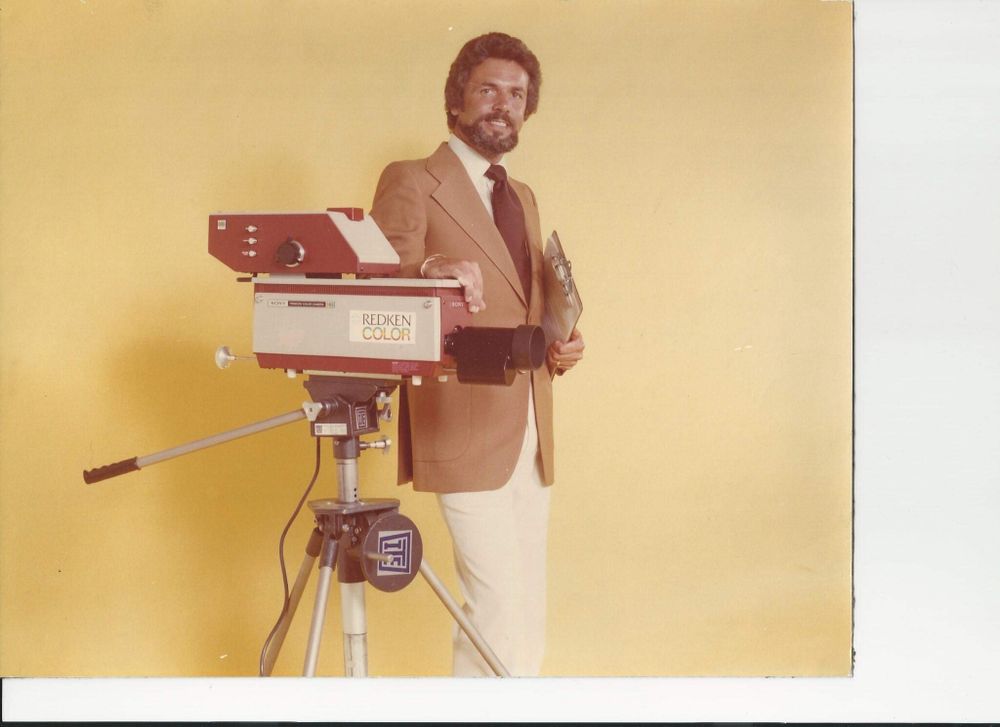 REDKEN was introducing a new permanent wave and Paula persuaded Vidal to perm one of his classic cuts. The style was called “The Greek Goddess.”

“What you need is a technician.”

With these six words, the cornerstone for education in the professional salon industry was set. They were spoken by Bill “Peppy” Peplow,

Bill had entered the small shotgun configured REDKEN office on Kester Avenue in Van Nuys, California time after time seeking employment. This time he slid his briefcase across the floor and hitting the front desk a perky redhead popped up from behind it.

Bill went on to verbally write his job description. “It’s someone who’ll take your three products into salons, demonstrate how they work and explain the science behind them. And, of course, take orders.”

Just four years earlier Jheri Redding and Paula Kent put their names together and REDKEN was born. At the time REDKEN was 400th on the list of manufacturers.

They created three products, Amino Pon Shampoo, PPTS77 Protein Reconditioner, and HP19 Setting Lotion, all based on protein amino acids building blocks of hair and pH balanced at 4.5 to 5.5 where nature intended hair and skin to be.

While sales had increased in those first three years through in salons around the Los Angeles area, it was when Paula hired Bill and sent him on the road that the word of the ‘Scientific Approach to Hairdressing’ began to catch fire. After about a year of traveling across the country non-stop, he gave up his apartment in Los Angeles. He hooked a rod across the backseat of his car for his clothes and put his stereo and record collection in his trunk. It would be ten months later before he returned.

A hairdresser friend showed Bill the effectiveness of PPT, taking hair clippings off the salon floor, putting them in a bowl of PPT, letting it “marinate” and then rinsing it off. “Damaged hair that was highly bleached, California sun-baked and beaten into backcombing, was easily pulled apart like cotton candy,” Bill recalled. “ When we removed it from the bowl, strength was restored to the hair strands and we couldn’t pull it apart.”

A hair product that could actually mend hair began to sell like crazy. It was magic.

More magical was the response of the hairdressers hearing about and seeing these demonstrations with their own eyes. Their confidence grew as they began to believe they could learn the science of the hair, read and understand ingredient lists, and use the products with full guarantee to be supported by REDKEN.  A groundswell of momentum was happening in salons across the country.

When Paula invited British hairdressing icon Vidal Sassoon to go on tour in the United States, teaching his geometric hair design, precision cuts with scissors not razors and blow dry stying instead of roller sets under a hair dryer, she paired him with Bill Peplow. As expected the two formed a dynamic duo. REDKEN was introducing a new permanent wave and Paula persuaded Vidal to perm one of his classic cuts. The style was called “The Greek Goddess.” Over two years, they exposed REDKEN and Sassoon to 28,000 hairdressers, mostly in small towns.

The Regional Seminars in the ’70’s were the original foundation that set the standards for quality meaningful education in the professional salon industry and there was no one better than Bill Peplow to light the way. With Sassoon’s cutting and blowdrying techniques opening the door for at home care, Peppy presented the expanding product line for use in-salon and began training stylists in recommending products to their clients. The phenomenon of salon retailing and business education was born.

Peplow stepped on REDKEN educational stages with his million dollar smile, velvet voice, impeccable appearance and great humor. His winsome personality was approachable and every attendee felt he was their best friend. Distributor partners trusted him, REDKEN employees learned from him and salon professionals depended on him to tell them the truth about the company, the products and the future.

“We’ve never lied to you,” was one of his great lines when speaking of the effectiveness of the products.

In the decade of the ’80’s, “Beauty Through Science” was the theme of the Regional Seminars, International Seminars, Hair World ’84 and other global industry-sponsored gatherings, a new opportunity to reach salon professionals was developed in the form of a talk show with Peplow as host. Segments for REDKEN Today would be pre-recorded in the studio at REDKEN headquarters and then combined with onsite live-feed into the hotel rooms of the attending stylists.

Also ahead of its time was the placement of satellite dishes on the rooftops of the dedicated REDKEN distributors around the country giving access to major REDKEN announcements and meetings from the company’s headquarters in Canoga Park, CA. Bill was a part of these broadcasts.

In his role as vice president of salon relations, he traveled throughout the country listening to salons and distributors’ desires, concerns and challenges. Always hopeful “Peppy”would return to senior management with helpful information to guide the company’s decisions in product development, educational formatting and sales/marketing tools. “The answer is always in the field.”

And here's what people have to say about Bill...

“His advice was always invaluable.”

“He paved the way. So grateful for him literally creating a career path for me.”

“Decades ahead and I’m so glad REDKEN was where I learned the industry.”

“Always a friend with a smile and intention to help others.”

“He’s part of the reason I am who I am. He inspired millions of hairdressers that they were equal to every other profession.”

“Peppy certainly had a way with words that always hit home. And then that Peppy smile would light up the room. More than anything, he was passionate about our industry and tried to bring out its best.”

And now, as we celebrate his life in his passing, the words of the REDKEN Song “Light the Way” have even greater significance for it truly was Peppy’s message to the world of salon beauty:

“In this old world where beauty’s a way of life

We look to you to set the future on fire;

You create the looks, you set the trends in so many ways,

That our future’s growing strong from the dreams you inspire

You’ve been pushing us higher.

There’s no one better to light the way

And with REDKEN you can prove it,

Your magic touches people every day

And we’re proud that you can do it always knew that if we tried, We’d win!”

REDKEN education mission for salon professional continues to win and is stronger than ever described in six words, ‘Learn Better, Earn Better and Life Best!

And it all began with six words, “What you need is a technician."

For 35 years, Ann Mincey's training programs have helped beauty professionals reduce stress, refuel creativity, open their hearts and enrich their lives. As one of the first women to teach motivation, inspiration, confidence and well-being, Ann worked for Redken 5th Avenue NYC, where she advanced to Vice President of Global Communications before recently retiring. She remains a spokesperson for the brand, in addition to developing her own speaking and enrichment business. Having been recognized with numerous leadership awards and philanthropic honors, Ann is a sought-after public speaker and author of "Get Glowing! You are a Star Right Where You Are!".