A hairdressing technique that creates volume, texture and bounce without split ends has become available through a new cutting tool. The precision-sharp pen-shaped tool and the technique for using it are called Calligraphy Cut. Introduced in Europe over twenty years ago, Inventor and German-born Master Stylist Frank Brormann is bringing education on the technique to the U.S.

Brormann says that he got inspiration for the Calligraphy Pen while cutting flowers.

"I realized that if you cut in a perfect angle, you can increase the [flower's surface area] nearly three times,” Brormann says. “And if you can do that to flowers, why not with hair? It took me six years to develop the technique and to design the tool. The result: Hair that is beautiful, soft and flexible, with natural movement that begins in the ends of the hair. And the tool looks like a piece of art." 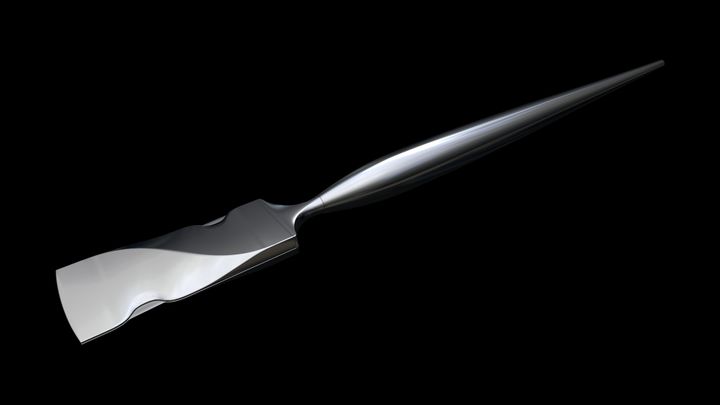 The Calligraphy Pen's blade is angled at three degrees, which cuts each strand of hair on the diagonal. Holding the pen like a paint brush and using pulsing strokes toward the tips of a client's hair allows the hairdresser to cut hair at a 21-degree angle, which increases surface area at the tip by 270 percent. The angle gives hair motion, vibrance and bounce that cannot be achieved with even the sharpest pair of scissors.

Brorman adds that the technique allows hair to stay healthier far longer than traditional styling. For the client, no special products are required to keep hair looking as good as when she leaves the styling chair, only a simple blow dry that the hairdresser can demonstrate.

"Calligraphy Cut is a game-changer, one of the most important advances in hairdressing to come along," says Frank Gambuzza, president of Intercoiffure America/Canada and co-owner of Knoxville-based The Visage Group, one of the first salon groups in the country to embrace Calligraphy Cut.

Terrence McKee, owner of Nuovo Salon Group in Sarasota, Florida, says 19 hairdressers at all four of his locations have been trained in Calligraphy Cut. "Our hairdressers have embraced this technique, our clients love the results. It's an amazing thing being on the cutting edge of a hairdressing trend that will sweep across the country," McKee said.

Brorman travels the world training hairdressers to perform Calligraphy Cut. The United States is something of frontier territory at the moment. While hundreds of salons across Europe offer Calligraphy Cut, just 11 salons in the U.S. do. This is likely to change as word spreads of a hairstyling technique that is both perfect for clients and profitable for salons.