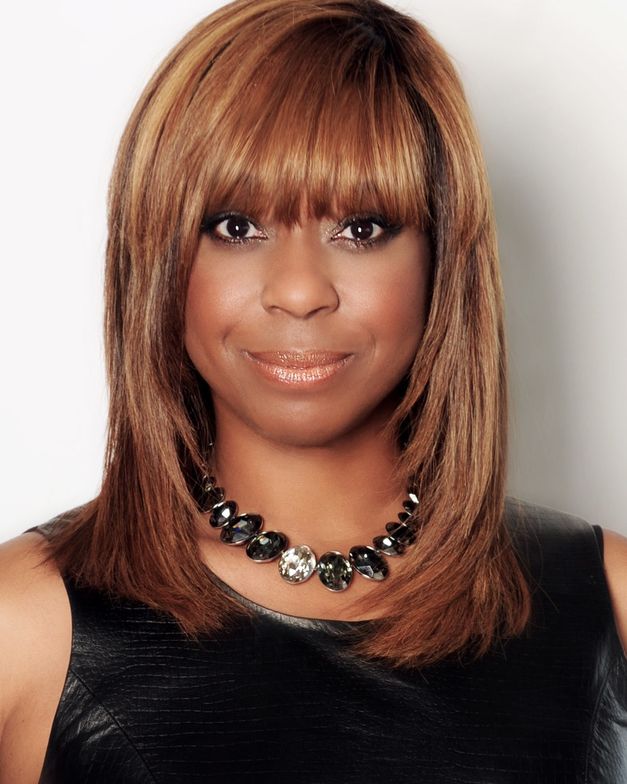 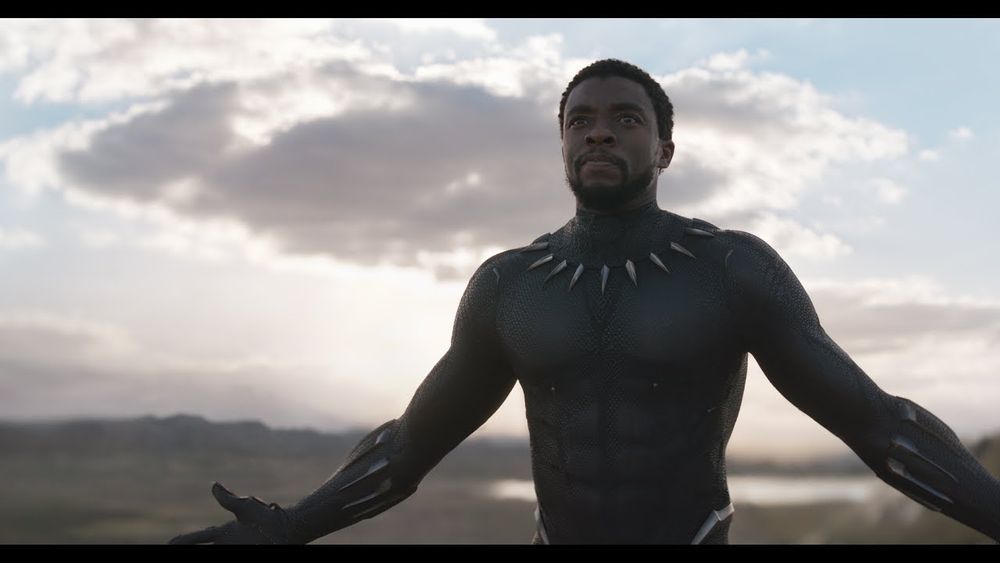 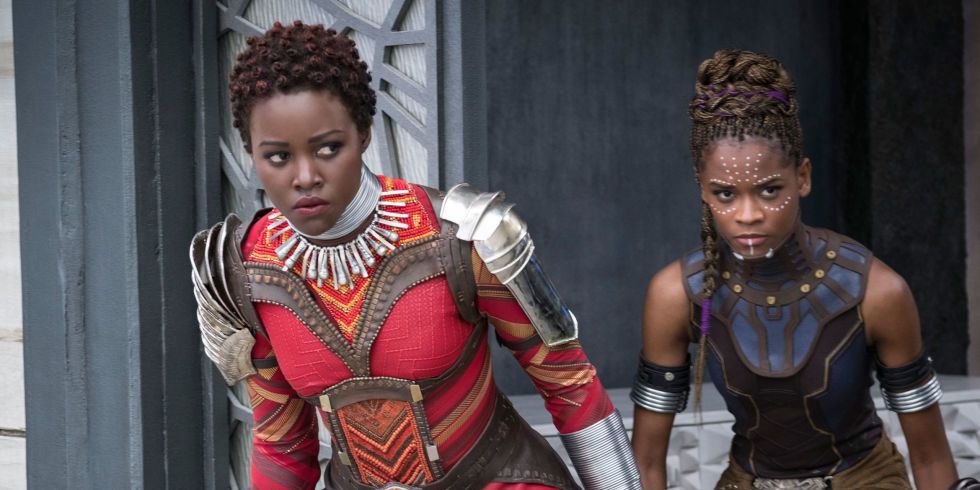 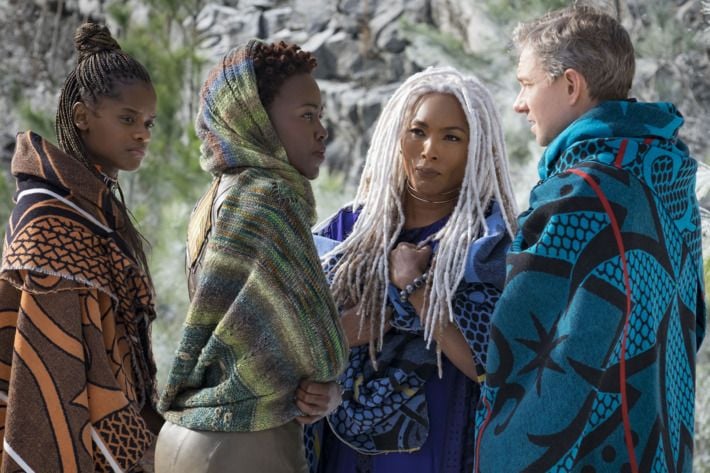 NOTE: This article was originally published on our site December 7, 2017.

Friend’s resume includes work on Guardians of the Galaxy Volume 2, Captain America: The Winter Soldier and Civil War and The Hunger Games: Mockingjay I & II.  Most recently, Friend has been in Boston doing The New Mutants, a spinoff of the X-Men franchise. “I’m doing two beautiful girls –Anya Taylor-Joy and Maisie Williams,” Friend says.

As is the case with most superhero flicks, Black Panther is action-packed and Friend’s hair designs must hold-up during all the heroic hijinks. During a break in her busy schedule, she took time to talk about her work behind-the-scenes and what it takes to do what she does.

MS: What was your path to your profession?

CF: I feel like I was born a hairdresser. There are lots of hairstylists in my family, in fact I’m third generation; we call it the family trait. I grew up in the salon and I never wanted to be anything other than a stylist.

I went to beauty school and got licensed in Tempe, AZ.  In the early 90s, I ended up in Los Angeles following a love (thought that blew up!) but it all worked out in the end. It got me to LA and I started working in John Hutchinson’s salon and doing part-time work with Sebastian Professional. I was educating in salons in Santa Barbara and the surrounding area. I found that I really love teaching.

MS: How did you get to start working on films and television?

CF: It’s a difficult process. You have to be union to work on a union film but it’s tough to get in. I was lucky. Sometimes, non-union movies would need to turn union and if you were working on the film, you could also join the union. That’s what happened to me.

One of my first film jobs was on a Martin Lawrence and Lynn Whitfield movie called “A Thin Line Between Love and Hate.” Again, it was a lot of luck. One of my clients was in the union and she knew I was really good at curling hair and she needed help curling wigs. I started assisting her in the makeup department. I was also building up some experience by working on music videos and commercials.

It took about seven years, but that is how I eventually broke in.

MS: What qualities are needed in someone who wants to work at your level?

CF: Well, you really need your skill set to be solid.  You have to be very proficient in using a curling iron to shape all sorts of curls. If you’re working on a period movie, then you need to know how to use that iron to create different wave patterns and very tight curls.  You also have to be able to finish and dress hair, and to have a strong haircutting technique. It really is about basic hairdressing skills.

You also need to be able to play well with others.  Sometimes we work in really tight quarters, often in a small trailer, and you need to be someone who can get along with people, be discrete, and respect people’s space.

While you need to be an artist, you also have to have a business mindset.  Today, we work with corporation and they don’t talk creative, they talk numbers. There are computer programs to learn, paperwork to process.  You have to keep up with all of it.

And ultimately, it’s about sheer determination.

MS: Talk about your program for teaching stylists, Hair Scholars.

CF: When I’m in between movies, I teach classes and I call my education program, Hair Scholars. I focus on those traditional hairdressing skills that have been lost or just aren’t practiced enough for people to feel confident and become competent in them. I’ll also shoot tutorials and share them so people can watch a certain technique.  I will say that a lot of people on YouTube who are not licensed hairdresser are giving out a lot of information that is misleading and just wrong. That’s part of the reason I started Hair Scholars because everywhere I went, I was educating and teaching, anyway. I like to talk about the nuts and bolts, the really serious skills.

One of my areas of expertise is wigs and I also teach all about lace wigs, about placement, and how to cut and style wigs.  If you’re skilled in wigs and can place it to make it look realistic, that’s huge in this business. We have so many stunt doubles, and doubles for the actors and actresses, and they’re very often in a wig.

MS: Tell us a little about “Black Panther” and some of your favorite products to use onset.

CF: This is a big hair and makeup and wardrobe movie and it’s something you’ve never seen. The concept is based on a mix of the traditional and the modern in Africa. In the story, the hero is from a technologically-advanced society so that is the modern but it is combined with very classic elements of design.

Some of the products I like working with include:

Working to Overcome the Racial Divide in the Industry

"It’s about texture… and texture doesn’t have a race." In the days following the killing of George Floyd in Minneapolis, the despair being shared by so many also served to propel Rodrick Samuels, a barber, educator, and owner, into action.

GoodBody Salon Creates an Oasis for Women of Color

Celebrating its one-year anniversary, this Oakland salon is reinventing the haircare experience for women with deeply textured hair.

2021 was a banner year for Nieves Almaraz: He won NAHA’s Men’s Hairstylist of the Year and opened How to Fade Hair Barbering School Inc. We spoke to him to find out about his accomplishments.

Jamie Dana — hair educator and speaker at MODERN's upcoming Independent Bootcamp — takes us through a day in her life, showing how she creates balance between work and other parts of her life.

Artist, educator and salon owner Marco Pelusi takes us along for a day in his life.

Stylist and CEO of All Dolled Up Amber Marie walks us through a day in her life.

Hairstylist and Artist Connective Member Sydney Lopez walks us through a day in her life.

My Most Meaningful Tattoo: Inked Barbers on the Story Behind the Tat

The memories and meaning behind their inked art.