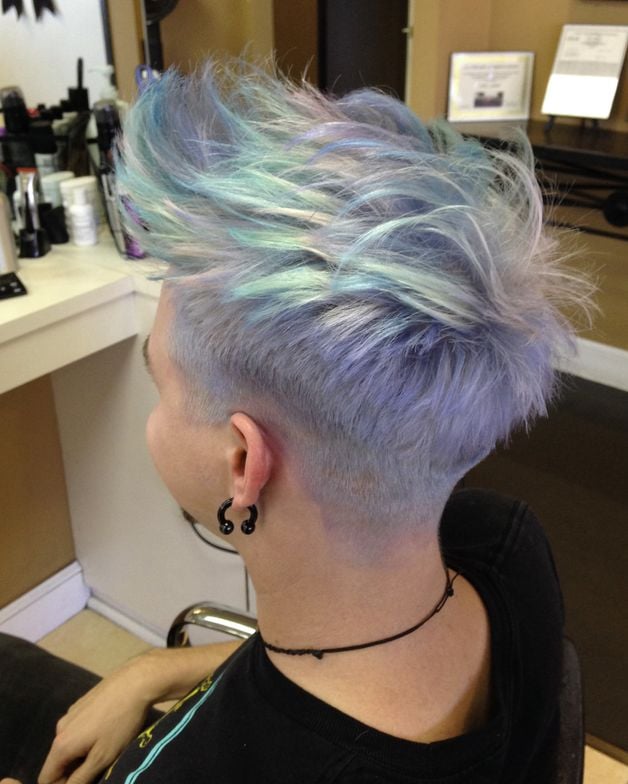 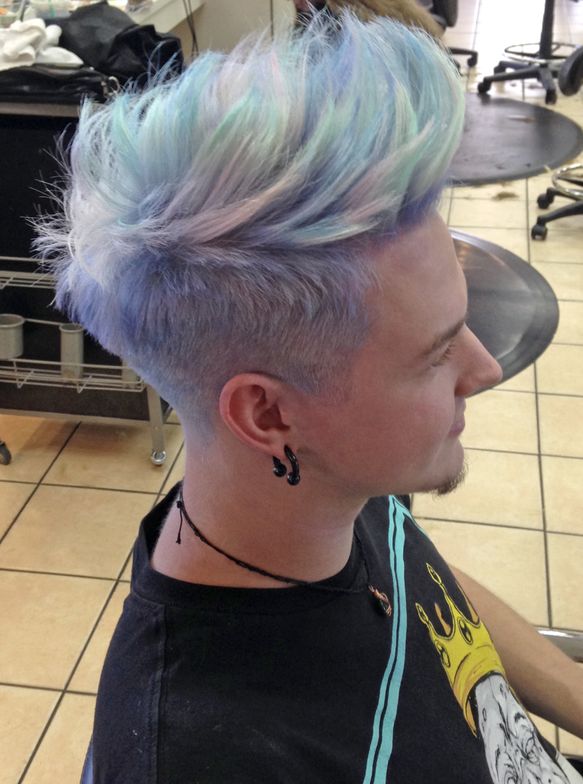 When on a day trip to the Natural History Museum in LA with his wife and daughter, haircolorist Alec Dieppa (@hair_by_alec) was awestruck by the beauty of all the different types of opal they house in their rare gems vault. Dieppa carefully studied each opal gemstone and was mesmerized by the colors each portrayed. He noted that some featured blue tones, some more purple, and some a fiery red-orange.

Fast-forward to a couple weeks later, Dieppa had a client come into his salon, Salon Adelante in Orange, California, who coincidentally worked intimately with rare gems and minerals.

“He came to me with the idea of having opal haircolor. Instantly, it resonated with my experience at the museum,” says Dieppa. “I spent a couple evenings putting together a color scheme which was based on the softer opals I saw with lavenders, baby blues and soft pinks. I felt this would go best with his skin tone and personality.”

This trend has taken off in the past couple months on Instagram. Have you tried opal haircolor? We want to know!

Lavender: "Baby splash of Pravana Vivids violet mixed with roughly 1oz of Pravana Pastels mint and loads of conditioner until I got the desired shade of lavender."

Mint: “I used straight Pravana Pastels mint as it was already the tone I was looking for.”

Pale Pink: “I used a tiny (like really tiny) splash of Pravana Vivids Magenta and mixed with conditioner until it got exactly pale enough. It took way more conditioner than I expected.”

Step 1: “Lighten the hair using Wella Blondor lightener. I mixed up a batch with 40 volume peroxide for the ends, which I applied first and a batch with 20 volume that I applied after the ends lifted a couple levels. I took him to as white as possible. This step was pretty easy considering he had a level 7/8 natural tone to begin with.”

Step 2: “I toned the white hair with Redken Shades 9T to create a more monochromatic base for the color to sit on. I watched carefully at the bowl to make sure it didn't become too dark silver.”

Step 3: “After toning, I cut his hair and blow dried it letting his natural growth pattern take control. This was to help decide where I would place the foils.”

Step 4: “Taking thin 1/8"-1/4" panels, I based the foil pattern on his natural growth pattern to give the end result a more organic feel. I also chose a color progression and stuck with it throughout. I really liked the way the mint and pale pink looked next to one another so the progression went lavender, mint, pink, baby blue etc. We decided that the lavender went best with his skin tone (and it's his favorite color) so we colored everything below the parietal ridge with it. I put him under the dryer with medium heat for 45-50 minutes.”

Step 5: “I washed out the color, blow dried and styled it using ADHdry for texture and some Redken forceful 23 for hold.”