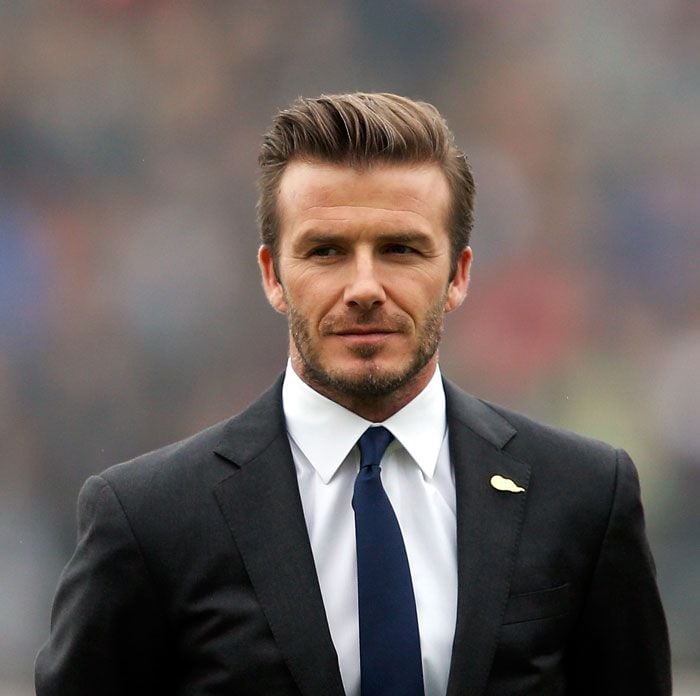 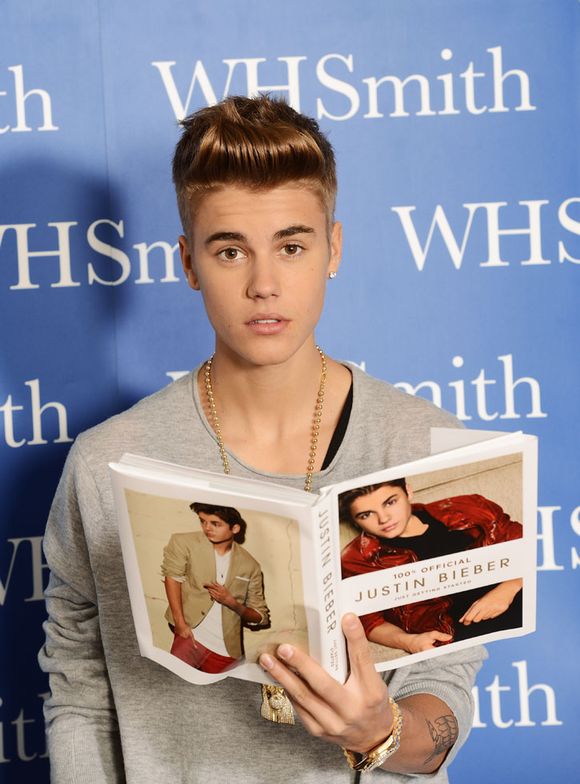 Justin Bieber poses with a copy of his new book during his 'Just Getting Started' book launch at the Congress Centre in London. 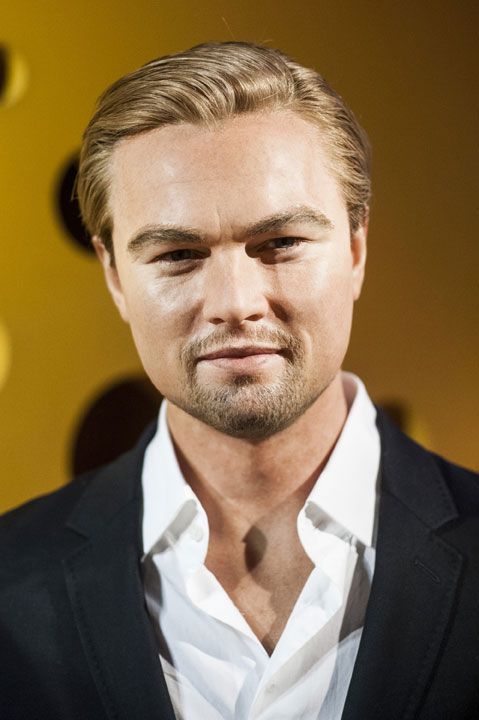 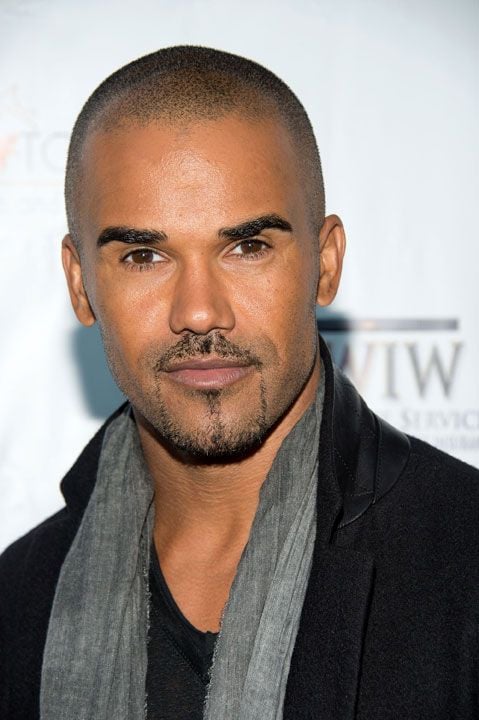 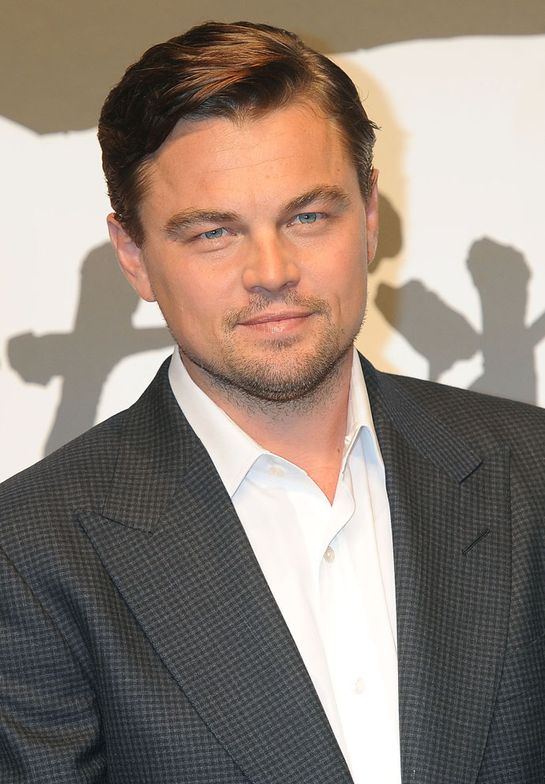 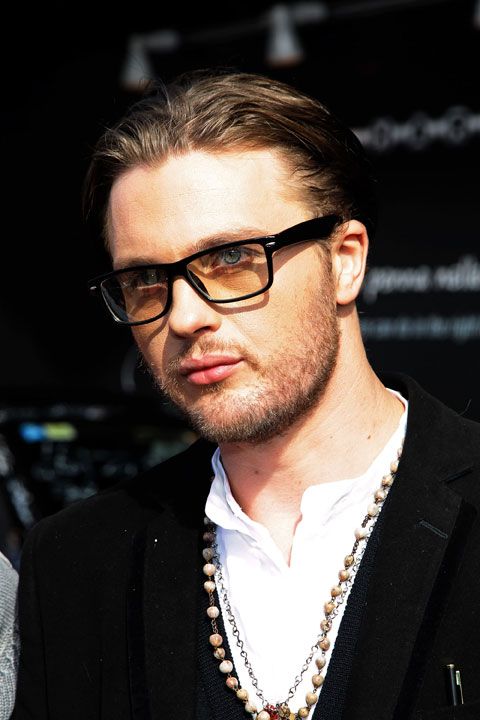 3/10
Slider
Justin Bieber poses with a copy of his new book during his 'Just Getting Started' book launch at the Congress Centre in London.

We asked, you answered! Hundreds of MODERN's Facebook fans entered our Giveaway Contest on Facebook for the shot at winning a Wahl Sterling Stylist Trimmer--and we have our winners! These lucky ten stylists told us their favorite male celebrties with the best hair.

Who would YOU pick? Tell us in the comments below! Or, on MODERN's FACEBOOK WALL!

The Rose of Sharon Salon Richard Gere because he always goes for the laid-back, attractive and dapper look with soft waves and salt and pepper color. Brad Pitt because he manages to continuously change his look, whether it be long, scruffy, slicked back, or trendy and retro he always rocks it. And Shemar Moore because his hair is always a sharp and tight fade. It always looks phenomenal. Not only does he look clean cut, but he can pull off hats to accentuate his scruff and or any other facial hair.

Sherice Zammitt-Groff Marcus Mumford of Mumford and Sons for his edgy carefree look. I believe his look started a trend and it's run all over the place on different men of different classes and styles. Bradley Cooper has worn his hair in many styles for different roles and doesn't look to be slowing down. From a shaved head to sexy long locks he is keeping it real. Ryan Gosling keeps it fresh keeps it clean. He can sport different lengths and still look amazing. Even in The Notebook, while being at his scruffiest, he still pulled off the look.

Allison Stickland Michael Pitt with his tight undercut on both sides and his sweep of long hair on top. Love it when it is slicked back and suave but also enjoy it when it is left alone with a handsome '90s flashback. David Beckham for being an obvious trendsetter and all-around king of hair. From faux hawk to cornrows to his lovely pompadour, etc. And it's not only the hair on his head, but his facial hair always compliments and changes with his cuts.

Emilia Kon Adrian Grenier: his hair is so curly and cute. It frames his face perfectly. He can wear it short or long and he just knows how to style it the right way so it always looks beautiful! Robert Pattinson: His hair can be CRAZY! But it's always styled so nicely. Not only that but his facial hair is always groomed well.

Patrick Haley Justin Bieber: One of the most stylish pop stars and huge role model for boys alike. Ben Affleck: A modern clean style suited for a classic business man. Prince: Yes Prince, not fitted for the shy or timid. The man who is versatile and risky not scared of a change. Fun corky and definitely classic meets 2013!

Amanda Hughes Elvis Presley, that man could shake his hips, and move his blue suede shoes like no other and yet still have amazing hair. Johnny Depp: I would love to run my fingers through that head of amazing hair. It's so versatile whether it is messy or sleek he has the mane that can do it all. Bruce Willis, he may have no hair really but boy does he make bald look good.

Ashley Watson-Rihel George Clooney because his hair has that great wave in his hair texture. Johnny Depp, when he wears his hair long because it makes me want to run my fingers through it and say "Arrrrrrrr!"

Amanda Giffin Stephen Colbert: his hair is perfect with just the right amount of gray around the temples. Lothaire Bluteau: He had had both long and short hair and both looked great. And Marilyn Manson: he has had every cut and style under the sun and isn't afraid to take risks. From super long to how he has it now with it partially shaved. I love it when men are willing to go outside the box with their style!

Tina Wright Leonardo DiCaprio, Johnny Depp and Brad Pitt have all changed their styles so many times and still look great! That is what having a great head of hair is all about, as well as willingness to experiment and change with the trends or, in some cases, starting trends.